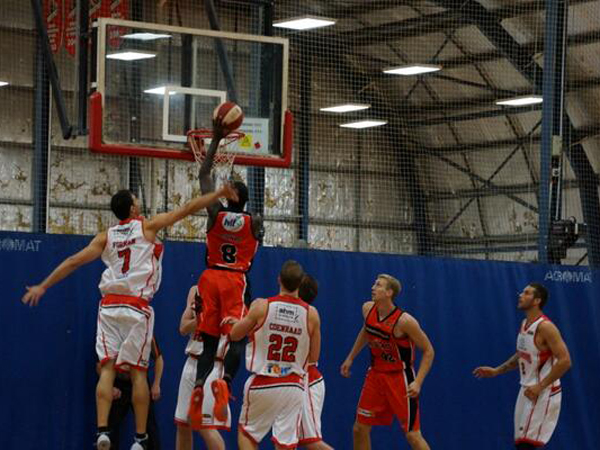 The New Zealand Breakers are aiming to win a remarkable four successive championships, but against them are seven other teams just as eager for championship greatness.

Prediction: Adelaide was a huge disappointment last season, winning only eight games and collecting the wooden spoon in the process. But with the knowledgeable Joey Wright taking the reigns as coach and a good mix of experience and youth, the 36ers are a genuine chance to make the top four this season.

Player to watch – Daniel Johnson: The 212cm giant is one of the most destructive centres in the NBL. Johnson led the competition last season for the most rebounds (8.1) and defensive rebounds (157) per game. He also made the most free throws with 136, and has won the 36ers MVP in the past two seasons.

Prediction: The Taipans were inconsistent for the majority of last season, yet came extremely close to securing the last spot in the finals. While Cairns has a capable starting five, the depth of its playing list will be tested against the premier teams of the competition.

Player to watch – Demetri McCamey: McCamey will take the reigns as Cairns’s point guard this season. This will be his first season in the NBL following a lengthy stint in the NBA Development League. The 24-year-old American is an elite passer and shooter who should fit in well with the Taipans.

Prediction: Melbourne’s foremost aim is to feature in the finals, after losing its spot last season to Sydney under the tie-breaker system. Losing captain Tommy Greer and guard Stephen Dennis to long-term injuries has put a dint in the Tigers finals ambitions, but they have the talent to push for a position in the top four.

Player to watch – Mark Worthington: Worthington was a big signing for the Tigers over the off-season, returning to the Cage for the first time since the 2009-10 season. The gifted forward brings much needed experience and class to the Melbourne side, and will need to take charge now that Greer will be on the sidelines for three months.

Prediction: The NBL champions of the past three seasons, the Breakers are a formidable and well-drilled side. Despite losing point guard Cedric Jackson (2013 NBL MVP), New Zealand has a well-balanced starting five, with a lot of experience coming off the bench. The Breakers should go deep into the finals once again this season.

Player to watch – Daryl Corletto: Corletto has been superb for New Zealand since leaving the Tigers in 2011. He slotted in perfectly and played a big part in its last two championships. The shooting guard was lively from the three-point area last season, hitting 55 at an average of 41%.

Prediction: Despite losing the last two grand final series to the Breakers, the Wildcats are the favourites to take out this season’s championship. Perth has the strongest playing list in the competition and is looking to continue its unblemished finals record since 1987. In his first season as Wildcats coach, Trevor Gleeson has the brain and expertise to take Perth to its first championship since 2010.

Player to watch – Shawn Redhage: The face of the Wildcats for nearly a decade, Redhage is a class act. After four seasons as Perth’s captain, he will share the vice-captain duties with forward Greg Hire this season. The power forward is an exceptional perimeter shooter, who managed to register the fourth most points (467) in the competition last season.

Prediction: The Kings will take confidence from last season’s finals appearance, despite losing both games to New Zealand. With co-captain Ben Madgen out for several months, Sydney’s seasoned players, like James Harvey and Brad Hill, must step up and motivate the playing group if it wants to build on last season.

Player to watch – Andrew Ogilvy: This is Ogilvy’s first season with the Kings after a brief spell in the Euroleague. The strong shot blocker and prolific scorer has huge potential at just 25-years of age. At a staggering 211cm, Ogilvy will start in the centre position following the retirement of Ian Crosswhite.

Prediction: The Crocodiles struggled to establish any form of consistency last season, finishing second last on the ladder with just 10 wins. Another tough year is in store for Townsville, having lost point guard Gary Ervin to the 36ers and Boomer Peter Crawford to a long-term injury.

Player to watch – Jacob Holmes: Holmes is an NBL legend, with well over a decade of experience in the system. The power forward averaged 7.9 rebounds per game last season, which was the second most in the competition. A calming influence on the court, he is the Crocodiles co-captain this season with centre Russell Hinder.

Prediction: Fresh off a finals berth last season, Wollongong has the ability and skill to make the top four again this season. Finals are a huge possibility if the likes of Oscar Foreman, Larry Davidson and new point guard Rotnei Clarke can remain fit for the whole season.

Player to watch – Oscar Forman: Wollongong’s most important player, Forman replaces the retired Mat Campbell as captain. The 31-year-old was instrumental for the Hawks last season, as he had the best three-point percentage (47.6) and led the competition for the most three-pointers made (78).