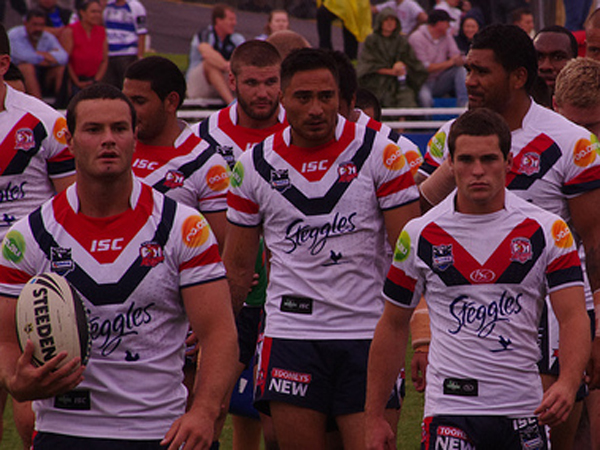 This weekend’s NRL Grand Final between Manly and Sydney is shaping up to be one of the most ferocious and exhilarating contests in recent memory.

With Sydney boasting the best defence all year having only conceded 339 points, and the best attack having scored 684 points up until this point, the Roosters are a force to be reckoned with.

But don’t rule out the boys from Sydney’s northern beaches. If there’s one thing the Sea Eagles know how to do, it’s win big games. This will be Manly’s fourth Grand Final appearance in seven years.

With both sides having met only three weeks ago, each team will be well prepared to face off once again. The Roosters have won each of the three matches against Manly this season, and will go into the final as hot favourites.

The score line in the previous encounter was a dismal 4-0 to the Roosters. It was a lacklustre game, where each team’s defence shone through.

In the two contests prior to that qualifying final the Roosters out did the Sea Eagles 18-12 in Round 16 at Allianz Arena, and 16-4 in Round 9 at Brookvale Oval.

The halfbacks for each team will be the key to premiership glory. Both these teams get all of their creativity and run through their halves pairings. Dale Cherry-Evans and Kieran Foran will have to be at their absolute best in order for Manly to win, while Mitchell Pierce and James Maloney will carry much of the Roosters fans’ hopes on their shoulders.

Maloney is the key for the Roosters if they are to have any chance of being crowned premiers on Sunday night. Recruited from the New Zealand Warriors, he’s been a formidable force this year for both his side and state after making his debut for NSW in this year’s State of Origin.

He picked up the award for top point-scorer at the Dally M awards on Tuesday night, so stopping his influence is a must for the Sea Eagles in their quest to win a third premiership in seven years.

On the other end of the spectrum, the Bondi club need to stop Cherry-Evans and the impact he has on Manly. Cherry-Evans finished equal second along with Todd Carney (Sharks) and Johnathan Thurston (Cowboys) on 26 points, behind eventual winner Cooper Cronk (Storm) for the Dally M award on Tuesday night.

Brett Stewart is another player who will cause headaches for Roosters coach Trent Robinson. Stewart missed the previous game against Sydney due to injury, and may just have provided the difference for Manly. He links up well from the ruck, so along with Foran and Cherry-Evans, Stewart will play a big part in setting up the Sea Eagles attack.

The Roosters forwards will pivotal. Aidan Guerra was on fire for the Roosters against the Knights last week and, along with Sonny-Bill Williams and Jared Waerea-Hargreaves, will pose problems for the Sea Eagles in the back end of their half.

Both teams are coming off the back of easy wins. Manly will be on a high after scoring 30 unanswered points against the Rabbitohs, while the Roosters trounced the Knights 40-14.

This Grand Final has been described by many in rugby league circles as a major boxing heavy weight belt. Pound for pound, punch for punch. It’s who flinches first, and lets their opponent take the upper hand, that could see their quest for the title slip through their fingertips.

This match between two bitter rivals promises to make for an amazing Grand Final, and could well go down as one of the most exciting games in the history of NRL.

Alexandaros Karavas is a first year Bachelor of Journalism student at La Trobe University. You can follow him on Twitter at @Alex_Karra.