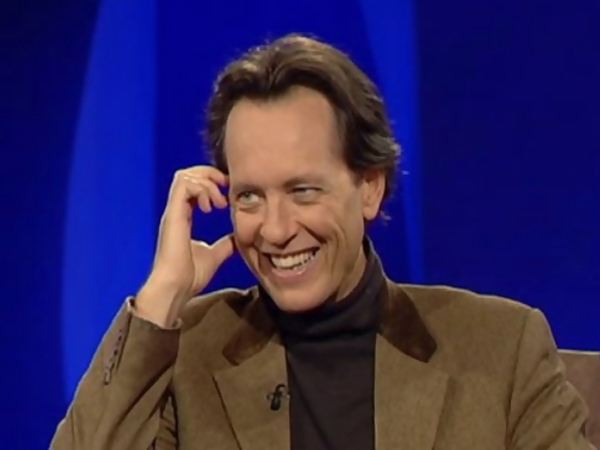 On his show Enough Rope, Andrew Denton is well known for getting his guests to reveal personal information.

However, during his interview with actor and director Richard E. Grant, the tables were turned and Denton found himself on the receiving end of some personal questions.

The interview started off light, friendly and humorous, due to the immediate chemistry between Denton and Grant.

Grant is there to discuss his new film Wah-Wah, but because of the semi-autobiographical nature of the movie, the questions quickly become quite personal, eventually progressing to the childhood defining moment when Grant witnessed his mother’s adultery.

Because of Denton’s good nature, authentic interest and attentiveness, Grant is comfortable giving honest and enlightening answers, as opposed to generic replies.

When Denton mentions Grant is wearing two watches – one being the watch the actor was given before his father passed away – the interview takes a surprising and fascinating turn.

Denton opens up to Grant in a rare moment between an interviewee and interviewer, describing how his own father gifted him his watch before he died. It is at this point that as an audience we start to feel like we’re watching an intimate conversation between two friends instead of an interview.

Due to the intimacy of the discussion, Denton doesn’t seem to hesitate when he responds and seems sincerely immersed. This moment is special and surprising because as the interviewer, Denton doesn’t have to answer personal questions.

When time constraints force the interview to end, one can’t help but feel that this conversation could continue for hours back stage, and that these men have shared more than just an interview.

Ewa Staszewska is a first year Bachelor of Journalism student at La Trobe University.  Follow her on Twitter: @EwaStaszewska