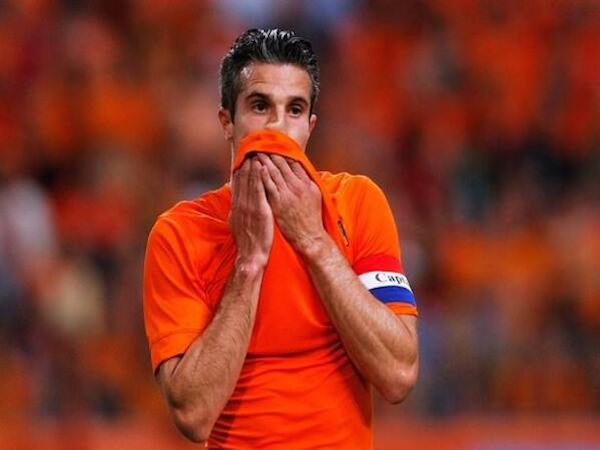 Always a bridesmaid but never a bride, the Netherlands has never won the FIFA World Cup, finishing runners-up on three separate occasions.

Most recently in South Africa at the 2010 World Cup, the Netherlands fell at the final hurdle yet again to fellow European powerhouse Spain.

Although in Brazil, it seems as though the Dutch are heading to the World Cup with a different perspective in mind – that of its youth.

Netherlands manager Louis van Gaal has selected the eighth youngest squad at the World Cup out of 32 competing countries.

When dissecting the Dutch national squad in 2014, it’s a potion of ageing stars of the past and a plethora of rising youth from the Eredivise.

The famed Dutch attack will be ever-present in Brazil, with Robin Van Persie, Klass Jan Huntelaar and Arjen Robben all selected to lead the line for the Oranje.

In addition to the above trio, PSV duo Memphis Depay and Georginio Wijnaldum may be given the opportunity to impress for their country, possessing both strength and pace, thus providing the Dutch with a mouth-watering attack for the World Cup.

Throughout the midfield, Jordy Classie offers plenty of excitement for the Oranje and his enthusiasm will be matched with the experience of now three-time World Cup representative Wesley Sneijder.

It’s expected that van Gaal will utilise a three-pronged midfield ahead of the World Cup, although key midfielder Kevin Strootman won’t feature for the Dutch after tearing his anterior cruciate ligament playing for AS Roma this season.

Defensively, other then Ron Vlaar and youngsters Stefan de Vrij and Bruno Martins Indi, there is not too much quality to boast about for the Netherlands.

But van Gaal has the tactical ability to mix things up at the back and could play with either a back five, four or even three.

Therefore versatility in defence will be a key for van Gaal and that’s surely something he will be trying to use to his advantage heading into the supposed ‘Group of Death’.

van Gaal has undoubtedly introduced plenty of new names into the Dutch squad since taking over following the Oranje’s miserable group-stage exit at Euro 2012.

Although it’s van Gaal’s experienced trio of van Persie, Sneijder and Robben that will be relied upon massively, with the hope that the squad can replicate its dominant record in qualifying.

Upon qualification for the 2014 World Cup, the free-flowing Dutch side managed to finish atop of their group, winning nine of the 10 fixtures played.

In doing so, van Gaal managed to see his side finish with 34 goals and concede just five.

Ahead of football’s biggest tournament, the Oranje are predicted to line up with a 5–3–2 formation.

It’s still anyone’s guess as to who will be picked in goal for the Dutch, as Jasper Cillessen looks to edge out his fellow countrymen, but the back five appears all but set.

Daley Blind and Daryl Janmaat will most likely maraud up and down the flanks for van Gaal at wing-back, while the experienced Vlaar will partner Martins Indi and de Vrij in a stable back three.

Sneijder and Nigel de Jong will be looking to atone for the heartbreak in South Africa, as they look certain to partner Jonathan De Guzman in a midfield trio.

Meanwhile all-time leading Oranje scorer van Persie will feel the Dutch burden on his shoulders as he and Robben will be looking to forge a prolific attack.

The Dutch will kick of their World Cup campaign in Group B alongside reigning champions Spain, dark horses Chile and also Australia.

It’s expected that Spain are certainties to go through.

Therefore the Netherlands’ fixture against Chile is a true do-or-die clash as they loom as van Gaal’s main challenger. Meaning six points are expected to see Oranje progress through to the round of 16.

Due to the luck of the draw, if the Dutch do finish second they are most likely to face host nation and favourites Brazil, which would spell the end for Oranje and the 2014 World Cup.

Adem Barolli is a second-year Bachelor of Journalism student at La Trobe University. You can follow Adem on Twitter: @adembarolli