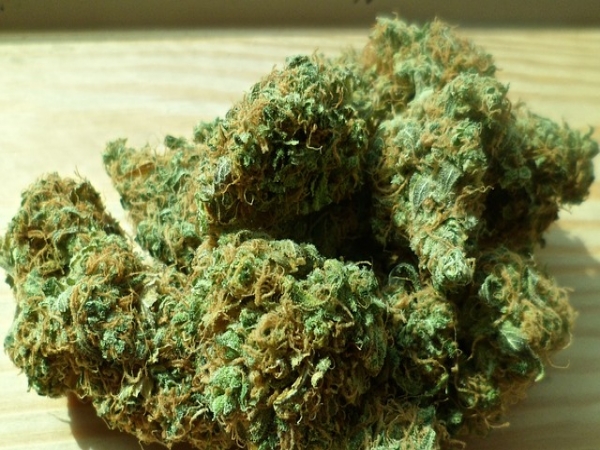 Victorian premier, Daniel Andrews, said late last year that Australia’s laws on medical cannabis were outdated, and needed to be brought into the 21st century.

The Law Reform Commission delivered a report in late August that detailed how this could be achieved, as per the premier’s request.

The report, which advises how to prescribe and regulate the drug, is currently before the Attorney General, and is expected to be tabled in Parliament sometime this week.

According to the commission’s findings, cannabis will need to be cultivated in Victoria to avoid contravening with federal law that prohibits the importation of the drug.

It also outlined a need to address the bill’s conflict with the Therapeutic Goods Act and Narcotics Drug Act, as well as customs legislation.

Victoria and Queensland have joined New South Wales in collaboration with clinical trials to test the drug’s application and effectiveness in three areas:

The trials will be based in NSW, and will compare the effectiveness of medical cannabis to the that of other drugs, as well as its medium and long-term effects.

The trials will test severe cases where conventional medicines failed.

If found effective, the drug must be approved by the Therapeutic Goods Administration before it’s made available to patients.

The move by the Andrews Government comes on humanitarian grounds, with many Australians currently using the drug illegally for medicinal purposes.

Brisbane father, Adam Koessler, was arrested in January for allegedly treating his two-year-old daughter, who suffers from stage four neuroblastoma, with cannabis oil.

Koessler, whose case is currently before the Supreme Court, has received widespread support for his actions, and sparked the campaign, ‘Fearless Father’.

An advocate for the legalisation of medicinal cannabis, who is currently involved in the campaign, Marika Toivo, tells upstart there are countless families across the country who face a similar plight.

They are forced to decide whether treating their loved ones is worth the risk of legal implications.

Toivo says these families could apply to be placed in an upcoming trial, however there is risk they could end up receiving placebo placement and continue deteriorating.

However, he says newer drugs and techniques have been developed in recent years, so cannabis may not prove as useful for some conditions as previously considered.

“We [ADF] are at pains to point out that some people are imagining cannabis is going to be a wonder drug and we think people should be careful in assuming that,” Munro says.

According to an Australian National Council on Drugs report, cannabis pharmaceuticals could treat pain, the spasticity associated with multiple sclerosis, weight loss in HIV, advanced cancer and anorexia, and it’s been proposed to treat epilepsy.

Munro says it’s within the public interest for these drugs to be tested thoroughly before they’re approved, because we can’t rely on anecdotal evidence alone.

He says that if the government chooses to authorise the use of cannabis oil for medicinal purposes, it should be done so on a trial basis, and the effects and health status of patients should be closely monitored.

President of the Australian Drug Law Reform Foundation (ADLRF), Dr. Alex Wodak AM, tells upstart medicinal cannabis is not meant as a cure, but rather a second-line treatment to manage symptoms.

“When conventional medicines have been tried and either haven’t worked or have been accompanied by unpleasant side effects, then it’s quite legitimate we should be trying medicinal cannabis,” he says.

He says that those using the drug illegally, by either sourcing it on the black market or cultivating it themselves, face a number of associated health risks due to inconsistent treatment and dosages, and the potential for contaminated product.

“Cannabis is a very complicated plant with a lot of different psychoactive substances. This means some conditions may respond to some cannabis components better than others. Figuring this out may take some time,” he says.

Wodak says that because of legal restrictions, there have been major blockages to scientific research in Australia.

There have, however, been a number of studies conducted internationally.

Quoting a German study, which found favourable results in 82 randomised control trials and only nine negative, Wodak says there’s stronger evidence supporting the use of medicinal cannabis than there is for many other drugs in use today.

“Sure, the evidence could be better, sure some of the studies could be better quality, but we have more than enough evidence to use medicinal cannabis to relieve distressing symptoms in patients in a number of clearly identifiable conditions,” he says.

Despite the existing studies, it remains unlikely Australians will be able to access the drug legally until after the clinical trials have ended. In the meantime, those who circumvent the law will continue to face legal persecution.

Caitlin McArthur is a third-year journalism student at La Trobe University. You can follow her on Twitter here.