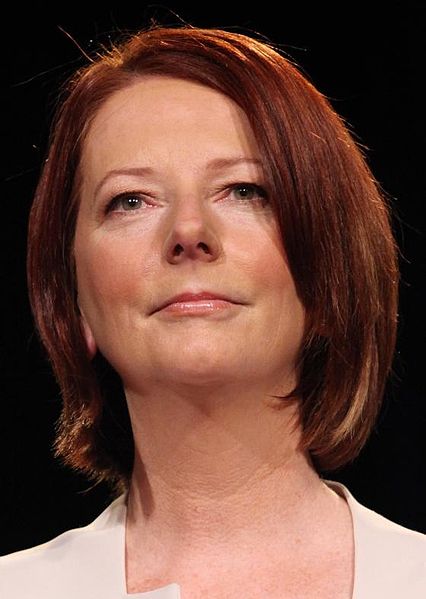 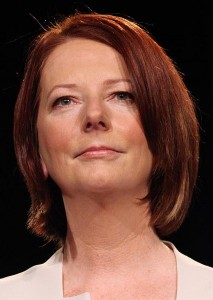 Julia Gillard (Source: R.Smith) It’s been two weeks since Prime Minister Julia Gillard was questioned on her involvement in the Australian Workers Union scandal, in what was the latest political scandal in Australia.  Discussion and debate seems to have subsided since.

It’s been almost two weeks since Prime Minister Julia Gillard was questioned on what was the latest political ‘crisis’ to engulf the media: her involvement in the Australian Workers Union scandal.

It was interesting to see the extensive media coverage of the story, which reached its climatic point when News Limited reported the Prime Minister had set up a ‘trust fund’ for her ex-boss and then boyfriend, Bruce Wilson.

The Australian newspaper subsequently apologised to the PM, acknowledging that it had made a factual error.

And while the media pursued the story vigorously, the public were entertained by yet another political scandal.

But why is the general public so fascinated by scandals in Australian politics?

‘We all know scandals do tend to attract our attention, whether it’s Hollywood celebrities or politicians,’ says Dr Nicholas Barry, a lecturer in Australian politics at La Trobe University.

‘The media want to cover stories that sell. If a story encourages us to think negatively about our politicians then that’s probably more interesting than a story that suggests politicians are doing an excellent job,’ he says.

‘I think most people are afraid to say that they find scandals more interesting than legitimate issues being debated in Parliament,’ he says.

But why do we love hearing about a scandal?

According to Dr Barry, both the media and politicians are to blame. He says negative reporting also tends to lower our faith in politicians.

‘The media like to run stories of scandal, yet opposition parties also draw attention to these government scandals. The end result creates an unfavourable view of politicians in the public’s mind.’

And a lot of this negativity is also present in perceptions of our current leaders. The latest Newspoll shows approval ratings of just 31% for both Prime Minister Julia Gillard and Opposition Leader Tony Abbott.

‘Unfortunately, these negative attitudes towards our leaders are likely to colour people’s attitudes to politics and politicians,’ Dr Barry says.

He says the minority government is also a factor towards recent media coverage of political scandals. Earlier this year, the controversy surrounding now suspended Labor MP Craig Thomson attracted a great deal of media publicity.  And so did the sexual harassment allegations against the Speaker of the House of Representatives, Peter Slipper.

‘Part of the reason the Craig Thomson scandal had a greater focus in the media is because we’ve got a situation with a minority government and that meant that if he was forced to resign or give up his seat, there would be a high chance that initially the government would fall as a result,’ he says.

So what does the future hold for scandals in Australian politics? Dr Barry believes that there will be less of an emphasis on scandal under a government which holds a majority.

‘Assuming after the next election that we don’t have another hung parliament, it’s less likely that there will be such an intense focus on scandals than we’ve had in recent times,’ he says.

‘Still, Australians are always going to be interested in scandals and whenever the opposition or the media thinks they’ve got the scent of a scandal they’re going to pursue that.’