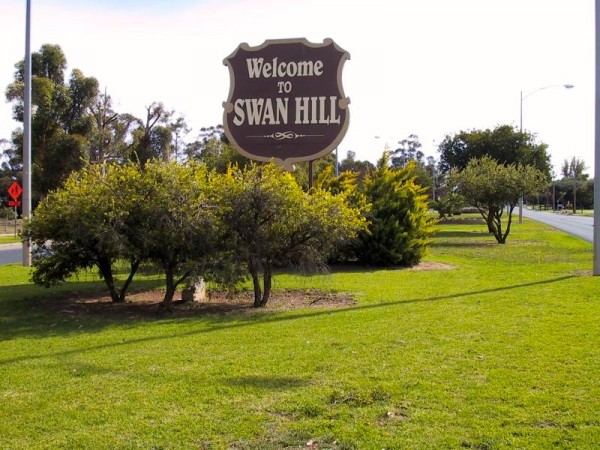 People are questioning where they will live and work, and how they will integrate into the community.

There is growing concern that this will lead to less job opportunities for Australians, and will drive the nation into further debt.

Reports suggest that the majority of refugees will be settled in Sydney and Melbourne.

LNP backbencher, Michelle Landry, has urged the government to consider the benefits of settlement outside of these major cities.

She believes resettlement in rural areas will provide refugees with greater access to employment, and will boost withering town populations.

“There is a concern in agriculture that we just haven’t got enough people helping there, so if we could get them into these little country towns and form a community, I think it’d be fantastic,” she said.

She said that the jobs Australians don’t typically like to do, like fruit picking and working in abattoirs, could be filled by refugees eager to obtain employment.

Past examples of refugee resettlement in rural communities give merit to Landry’s stance.

Swan Hill, a regional city on the bank of the Murray River, is the centre for agriculture and horticulture in the Mallee region.

The Swan Hill Shire has a strong employment rate thanks to its thriving fruit industry and all-year farm trade, making it an attractive option for refugees relocating from detention centres.

In 2007, their first wave of refugees arrived – around 60 men from Afghanistan and Africa.

Jill Pattenden, from the Swan Hill United Church’s Community Issues Group, was one of the first to offer these men help.

“We found these men living in fairly awful circumstances, coming straight out of detention and working on the farms,” she tells upstart.

“There were no services available, there wasn’t anyone to support them.”

Pattenden says that despite being initially anxious about the newcomers, a collective effort was made to welcome them.

“We ran some sessions on understanding Islam and understating Harzara people, and then people started to join in on activities in the community,” she says.

“People started to accept them. The council made it a welcome town.”

Pattenden says the arrival of several women and children seven years after the men, was a significant turning point.

“When the families came that meant health and education had to be provided,” she says.

“The children that go to school work very hard because that is part of their social values, they take every opportunity to participate in schooling.”

Despite interrupted education in their younger years, the majority progress into higher education.

The Swan Hill Council put into place services specifically tailored for refugees, including a set refugee nurse, training courses at TAFE, and social events funded by the Victorian Multicultural Commission.

“They run monthly welcome nights that are extremely well attended by about 60-80 men. Guest speakers help with information about road-rules, the laws, and so on,” she says.

McKay says it took time for the community to adapt.

“There is definitely underlying unease in some sections of the community, however, there is also a great willingness to act on overt racism,” she says.

“Eventually all migrant cultures have found happiness and security, and social ease and interaction grows with time.”

She blames this unease for the misconstrued opinions surrounding the religion and actions of extremist minorities.

“It is my belief that the conservative government has utilised the latent ethnocentricity in the community, which escalated into xenophobia, after the 9/11 Al-Qaeda attack in New York. This was a very powerful event, and the general fear and insecurity in the community was easily directed at asylum seekers.”

She believes the benefits of refugee resettlement far outweigh any disadvantages.

“The more we can grow our population, the more employment there will be in the future,” she says.

“It has been shown by research that new settlers in a town bring much more to that community than they take away. Particularly if they have families. They increase student numbers, retail, rental demand. It goes across the board.”

Relocating and settling these refugees will take a combined effort from the Australian government and its people.

It will take time to break down these racial stereotypes.

Yet, it is clear that there is a place for refugees in Australia.