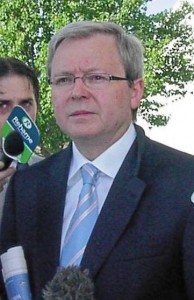 I’m becoming more and more frustrated every time I see a political interview, either on television or on the internet, or panel shows such as Q&A. All have become an utterly painful exercise.

Each time a politician decides to speak, we are subjected to a patronising display of the same rhetoric. Our representatives spin questions around, regurgitate party lines, vomit diatribe and vitriol at their opponents – regardless of relevance – or simply refuse to answer at all.

In his 2011 book, former Labor MP Lindsay Tanner poignantly attacked the current state of affairs, saying ‘the quality of our democracy is being undermined from within,’ and the media ‘is turning into a carnival sideshow’.

A key component of a functional, healthy democracy in which citizens have a say in the  nation’s operation is a well-informed public. Without knowledge of the issues and outcomes, how can you make a decision on who would be most appropriate to represent you?

An open and honest media is one of the best ways for a message to reach the masses. Television, radio, newspapers and the internet are highly versatile and far-reaching mediums to communicate with the public. The problem is that open discussion and communication have broken down between the political sphere and the fourth estate. The current media environment feeds off its symbiotic relationship with the public’s celebrity obsession – obscuring the real issues.

Just take a look at the last election. Labor shot itself in the foot ousting Kevin Rudd in a fashion considered ‘un-Australian’ by many, riling animosity towards the party’s new leader and perhaps significantly contributing to the resulting hung parliament.

What else stood out about the 2010 election campaign besides the leaks and the leadership attacks? The campaign certainly wasn’t an open process of competing parties outlining and championing a vast array of contrasting policies or ideologies; it was a campaign largely about attacking political characters and debating an extremely small amount of issues.

Every man and his dog were debating asylum seekers, conservatives were attacking the NBN and jeopardising Australia’s short-term technological future, and Labor ironically found itself attacking Tony Abbott over his spur-of-the-moment and highly left-wing paid parental leave scheme.

To use Tanner’s idiomatic phrase, it was a carnival sideshow on behalf of politicians and journalists alike. Important issues were left out of the headlines in favor of fueling fire to any character attacks.

The future looks bleak for the Australian political landscape. Recently, the former PM Kevin Rudd acknolwedged that Australians were ‘deeply disappointed in all [politicians]’, and called for an end to the bitter character attacks by both sides of politics. His call for an end to attacks comes somewhat ironically after the highly unusual and deeply personal attacks he felt at the hands of his own party-members earlier this year in public.

Even Abbott had the absolute hypocritical gall to come out and say the next election campaign was going to be ‘the filthiest, the most personal in living memory’, fresh off the heels of Gillard’s viral misogyny speech and February’s leadership spill – despite how he and his own party have conducted themselves during the last three years of opposition.

But sadly, all signs point to Abbott being correct as election campaigns have largely been experiencing a down slide in integrity and issues-based focus this side of the millennia.

I find it remarkable, in a country such as Australia where the public doesn’t elect its prime minister directly (and indeed, the PM is not all-powerful) we are so focused on the individual, rather than the ideas and policies they represent.

Ultimately, we are experiencing a vicious cycle. Tanner lambasted the status quo, arguing that ‘politicians do not have confidence that things that they say will not be grotesquely distorted and misrepresented almost from the minute they’ve said them’.

Political opponents and commentators twist words and actions through the media and distort intended meanings. The doctrine of celebrity politics is reigning supreme, and thus politicians are too afraid to engage openly or speak candidly in public.

When politicians fail to engage openly with the media, how can the media hope to inform the public?

It’s a nasty rut we find ourselves in, seemingly without the means to climb out. As much as we might yearn for a wealth of political dialogue and issues-based discussion, the meaningless, political celebrity driven status quo seems to be here to stay.

Daniel Haynes is a third-year journalism student at Monash University.