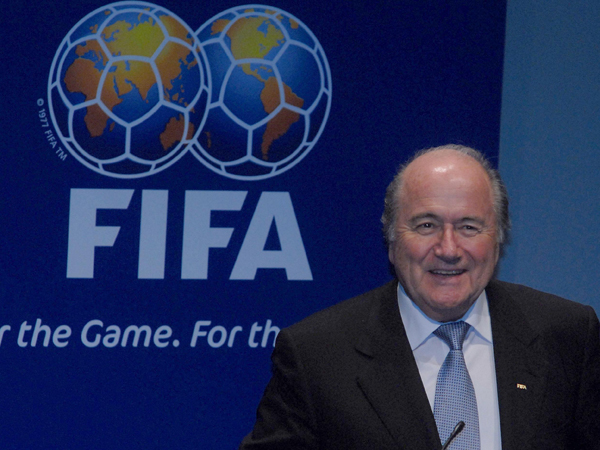 FIFA president Sepp Blatter has finally come to the conclusion that holding the World Cup in the scorching heat of a Qatari summer is a “mistake” – something football fans screamed out in 2010, when the tournament was awarded to the small Arab nation.

In an interview with Inside World Football, on Monday, Blatter admitted that FIFA made a misjudgment.

“I came to the conclusion that playing the World Cup in the heat of Qatar’s summer was simply not a responsible thing to do – despite the fact that I know full well that Qatar has the means to develop the best cooling technology.

“That is why I went public and suggested that the FIFA Executive Committee should review the period when the event shall be staged and see what consequences it would have to play in winter,” he said.

However, staging the World Cup in winter will have dramatic effects on football leagues right around the globe, most notably in Europe.

If Blatter’s plan gets the go-ahead, it will mean that leagues like the English Premier League, La Liga, and the Bundesliga will have major fixture changes in not only 2022, but in the years following, due to a flow on effect.

Switching the World Cup to winter will also cause the 2021 Confederations Cup to be held in Qatar’s cooler months, further increasing the disruption to football leagues around the world.

However, the European Clubs Association (ECA) has admitted that it will consider backing the switch.

“If we have to find a one-off solution I think we will be able within the football family to find it but everybody has to be properly involved and we have to consider which is the best solution for football and the fans,” said ECA vice-president Umberto Gandini.

“I have the opinion that [the switch] is almost inevitable. We will have to find a solution because it is very unlikely that you can play the World Cup in Qatar in the summer.”

For outsiders, the Qatari bid was always an unusual one. Not only would the scorching heat make play unbearable, but it is a country where drinking alcohol is frowned upon and homosexuality is illegal.

For Blatter, this is arguably his biggest gaffe as FIFA president. He has a long history of making outrageous statements and bizarre ideas that have led to many questioning whether he is indeed the right man for the job.

Before the 1994 World Cup, held in the United States, Blatter floated the idea of splitting up matches into four quarters in order to better cater American broadcasters and advertisers.

Back in 2010, it was revealed that Blatter had held talks with International Hockey Federation president Leandro Negre, about what effect the scrapping of the offside rule had on hockey. While most people curse when a striker is called offside, Blatter’s idea was met with almost unanimous outrage from spectators and officials everywhere.

Another of Blatter’s more controversial ideas was to increase the width of the goals by half a metre, and adding another 25cm to the height of the crossbar. While this idea aimed to increase the number of goals and excitement in each match, it was ultimately shot down by his fellow Executive Committee members.

Lastly, in one of the more ridiculous comments that the 77-year old Swiss has ever made, Blatter asked Ireland whether it would be the “33rd team in World Cup”, after it was unjustly bundled out of qualification by France, due to a refereeing blunder. The Football Association of Ireland branded Blatter a “loose cannon, and an embarrassment to FIFA“, following his proposal.

Until recently, he was also a big opponent of goal-line technology, an innovation that fans had cried out for, for years.

Backflipping on the 2022 World Cup is just the latest in a long line of errors by Blatter.

At times like this it’s important to remember that this is the man who once said he “has 50 ideas a day, 51 of them are bad“.

Paddy Naughtin is upstart’s sport editor, and a third year Bachelor of Journalism student at La Trobe University. You can follow him on Twitter at @PaddyNaughtin.