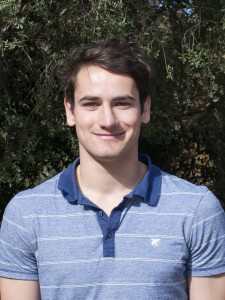 Have you noticed the sun is coming back?

My skin is slowly progressing from a bright white glow to something that could almost be considered a tan.  The mighty summer is almost here!

Plus you get to throw on the greatest article of clothing ever invented: shorts.

Wasting these precious sun-filled days is not an option, so I thought I’d give you a rundown of three music festivals you must attend this summer.

Alternative people beware!   The ‘tini-boopers’ and Fox FM listeners of the world make up most of the punters but….

The Big Day Out has a reputation for bringing some of the world’s biggest bands to our shores. This year, on the top of the list is the infamous Kanye West, My Chemical Romance, Foster the People, Soundgarden, The Living End, Hilltop Hoods plus many, many more.

If you’re one of the many who is still mad at Kanye for ruining Taylor Swift’s acceptance speech at the 2009 MTV music awards, well, get over it!

Love him or hate him, I can tell you from personal experience that Kanye’s performance is a must-see. By the end if it you’ll be saying ‘Taylor who?’

There is fun for all at Big Day Out.  Plus, if you get over watching music you can always go chill out at the market stalls or watch Tony Hawk at the skate park.

Tickets are expensive, but if you like cold drinks under the sun, listening to good music and partying with 60,000 like-minded young people, it’s more than worth the $183.

Feeling a bit hippy? This one is for you.

Woodford Folk Festival is spread over an entire week during the new-year holiday in southeast Queensland, and although music is the main drawcard, I can assure you it’s only one facet of the total experience.

You’re more likely to make some genuine discoveries, and feel like you’ve witnessed the artists in a very organic way.

Most notable performers this year are: Collin Hay, Gotye and Cloud Control.  The list of possible superstars is endless. If you go, don’t miss Husky, Andy Bull and Charlie Mayfair.

After a few days of camping you quickly realise there is no possible way to stand out at Woodford – people dress and act crazy!

Last time I attended I spent most mornings partaking in the free Yoga demonstrations.  I then moved onto a ‘make your own didgeridoo’ class, ate amazing food all day and partied at night.

I left the campsite with a tie-dye sarong, and great memories. Do your soul a favour this new years and head to this great festival.

Australian music seems to be at an all-time high right now.  I’ve personally enjoyed homegrown music this year more than ever.  So what a better time to get out and support it!

Homebake 2011 (on December 3) has a huge line-up, with exclusively Australian and New Zealand bands.

Situated in the Royal Botanical Garden in Sydney, Homebake always attracts genuine Australian music lovers. Crowds are smaller when compared to other festivals, which makes buying drinks and getting around slightly easier.

Have a great summer everyone!

Ryan Murphy is a graduating student in the Graduate Diploma of Media Studies at La Trobe University and is part of upstart’s outgoing editorial team.  You can follow him on Twitter @ryanmurphynow