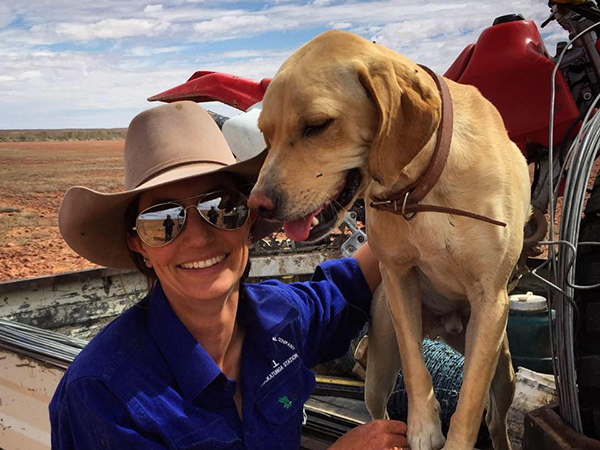 Her most striking attributes were her kindness, her free spirit, her original take on the world, and her sharp intelligence. She was a good writer too.

She grew up aspiring to be a dancer, but an injury put paid to that. So she decided to study journalism, because she liked writing, enrolling in her degree at La Trobe in 2007. She had real talent as a reviewer, and a passion for music. One of her first pieces for upstart was an account of her discovery of vinyl. Another throwback quality that I loved: unlike her fellow classmates, she was a big fan of The Smiths.

She set up a blog called Music Meets Girl, worked part time for Beat magazine, and scored a summer internship at Rolling Stone Australia, and was all set to write an honours thesis about music, when she made an appointment to see me. With some trepidation about my reaction, she revealed that she actually wanted to write about sharks and how they’re treated in the media. To her considerable relief, I told her this was one of the best ideas I’d heard of for a journalism thesis, and she got cracking, producing a first-class dissertation that was, on reflection, strikingly ahead of its time.

She was also one of three students (the others being Erdem Koc, now a lecturer in journalism, and Tom Cowie, now a journalist at The Age) to head to Kuwait for a study tour in late 2009, where she interviewed the country’s first female MP. 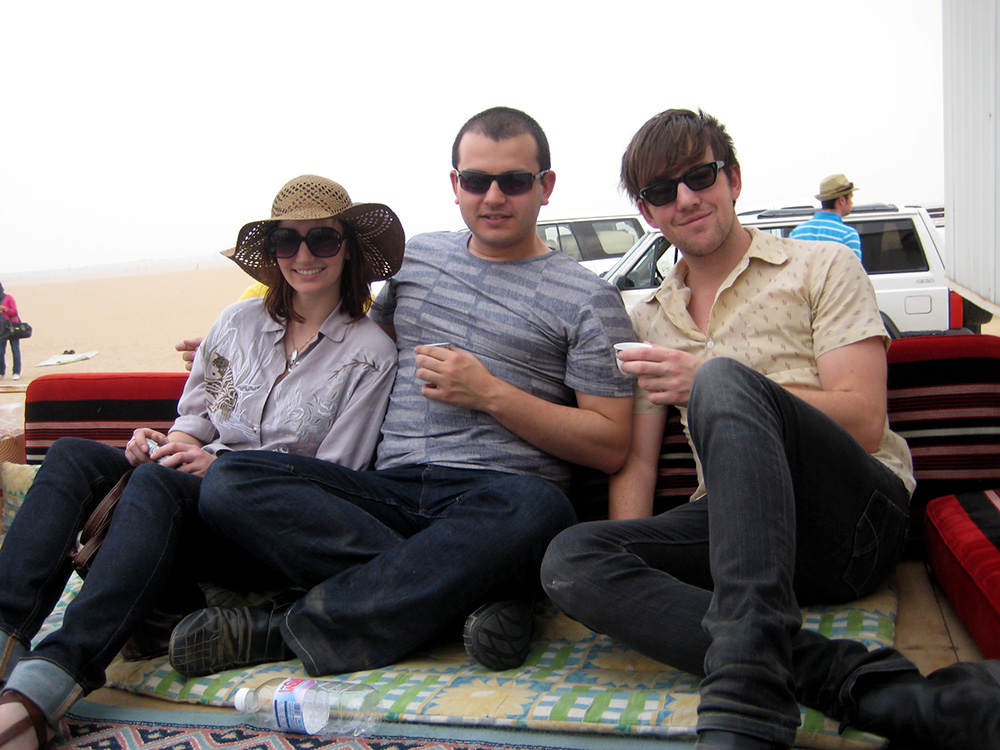 Kelly Theobald with Erdem Koc and Tom Cowie in Kuwait in 2009. Photo: Supplied.

While completing her honours year she also took on the role of coediting upstart, which was still in its first year, during which time she and co-editor Matt de Neef delivered regular podcasts. She was accepted into a Masters program in France in 2011, but headed first for a trip to outback Queensland basing herself in the historic town of Birdsville, where she scored a job promoting the town and region as a tourist destination. As she explained to upstart in 2012, she had gone there with the hope of saving up some money, but ended up staying put, blogging about the outback and co-authoring a kids book called Onslo, which told the story of a blue VW Beetle who dreams of exploring the Simpson Desert. For the last two years she worked as a volunteer media coordinator for the Queensland Regional, Rural and Remote Women’s Network (QRRRWN).

A few hours before her death, she posted this on Instagram:

Kelly was certainly who she wanted to be, and the world was better for it. Here at La Trobe and at upstart, she will always be remembered – an inspiration, I hope, for those who follow her.

Associate Professor Lawrie Zion is the Head of Department of Communication and Media at La Trobe University, and the editor-in-chief of upstart.