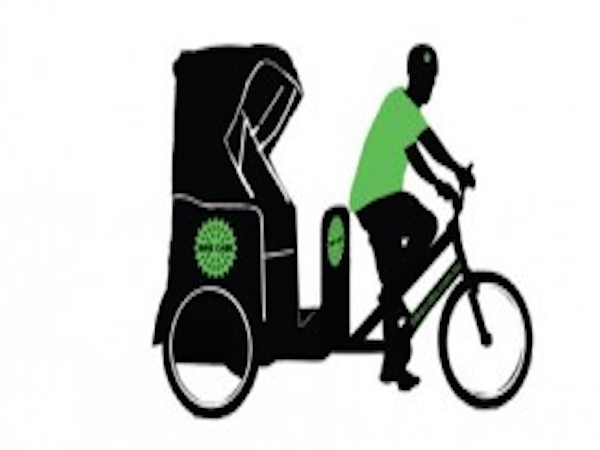 Tim Collins is one of the masterminds behind Melbourne’s newest public transport initiative, the Bike Cab.

A modern day take on the rickshaw, industrial designer and lecturer Collins says “it’s time for Melbourne to catch up” to places doing the same overseas.

Collins credits the idea to when he decided to start riding his children to and from school.

It was during one of these trips Collins had the epiphany of tapping into the very same joy his children feel whilst riding home, and producing it on a larger scale.

“I remembered people always loved being dinked on a bike, so I thought, ‘Why not tap into people’s inner child?’,” Collins tells upstart.

Collins says that in the space of a year, just four Bike Cabs will save up to 20 tonnes of carbon dioxide. This would be the same as planting 2,000 trees.

“Our professionals are dedicated to providing the truth on how this will benefit the environment and others,” he says.

This initiative could be a timely addition in achieving the City of Melbourne’s goal to reach zero net greenhouse gas emissions by 2020.

The bike cabs are not only environmentally sound, but they also create exciting employment opportunities, says Collins.

“It’s a job where people can work and stay healthy by riding around, as well as being fun.”

Until they are given the official permit for street trade, Collins says the Melbourne Bike Cabs team are doing exciting things for events and functions.

“We have a function coming up in November where we have been hired to ferry people between different venues,” he says.

Collins believes that being cycled to a destination could be quicker and cheaper than having to travel via roads, using a trip from Federation Square to the MCG as an example.

“To get to the MCG is at least two kilometers in heavy traffic via car, but bike cabs can just go along the bike paths. You’d be saving time, and at least 3 dollars.”

A local taxi driver tells upstart he is unsure of the new idea, and how it will be received, especially by community members who might feel unsafe.

“I wouldn’t feel safe riding in the back of one of those things, too many bike crashes happen for it to be a good idea,” he says.

“Bike paths and footpaths are everywhere, we will not just be riding on roads,” says Collins.

The injury rate for cyclists in Melbourne is 34 times higher than those who chose to drive a car.

Proposals such as the Bicycle Plan for Melbourne, have the potential to combat the issues of safety for cyclists.

The plan explains Melbourne’s target for 15 per cent of all vehicles entering the city at peak hour to be bicycles by 2016.

The local taxi driver says people choosing bike cabs would have to be careful to check the weather.

“If it was raining, what would you do? You’d be cold that’s for sure,” he says.

Although the bicycles were designed for footpath travel, and have coverings for those using the service, this does raise a good point.

As Melburnians usually prepare for four seasons in a day, are we the kind of city-goers to give up a creature comfort to lessen our carbon footprint?

With only 335 likes on Facebook and 30 followers on Twitter, Collins says they have a long way to go, and despite a small amount of criticism, are looking forward to the future.

“We can go to places that cars and trams just can’t get to. Car parks, shopping malls, universities — just use your imagination.” 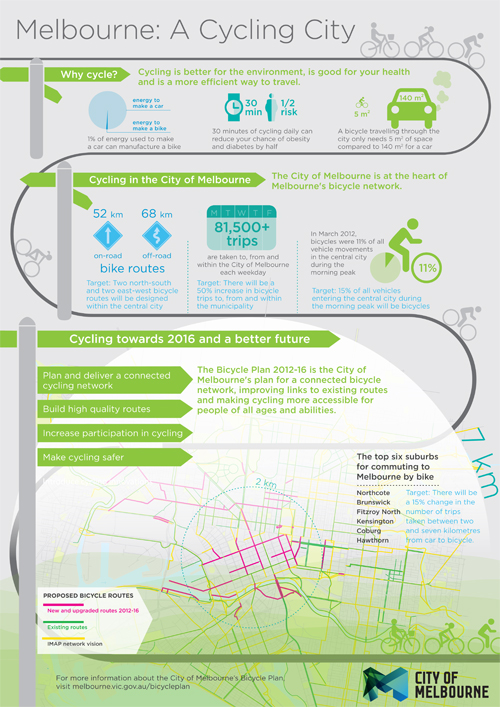 Sherydan Fitzgerald is a third-year Bachelor of Journalism student at La Trobe University, and the Fashion & Lifestyle editor for upstart. Follow her on Twitter: @SherydanFitzger.