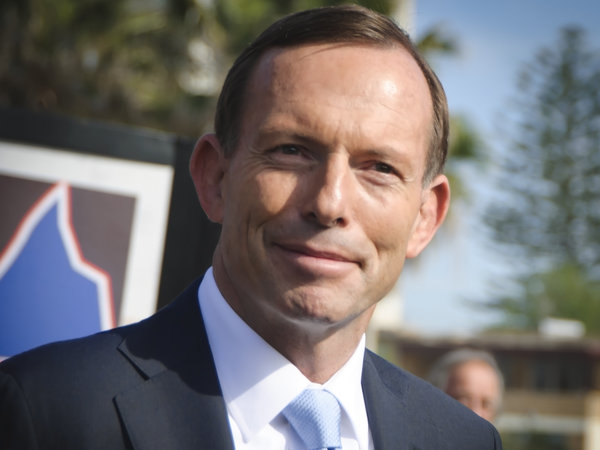 Tony Abbott has thanked the Australian public for giving him the honour to serve as prime minister over the past two years.

He spoke at a press conference at 12:40pm today and said there’d be no wrecking, undermining or sniping after being overthrown late last night.

“Leadership changes are never easy for our country. My pledge for today is to make this change as easy as I can,” he said.

“I want our government and our country to succeed, I always have and I always will.”

He said he was privileged to have led the country as prime minister and to see the wonder of Australia like few others.

“This is a tough day, but when you join the game, you accept the rules,” he said.

He said he was proud of what he’d achieved, including 300,000 more people in jobs, the signing of free trade agreements with Japan, Korea and China, and the biggest infrastructure program getting underway.

True to form, he once more emphasised that “the boats have stopped”.

“With the boats stopped, we’ve been better able to display our compassion to refugees,” he said.

However, he highlighted that there are still jobs to be done, like the challenges of ice and domestic violence across Australia.

He admitted that the government wasn’t perfect.

He said with changing media culture that “rewards treachery”, politics has suffered.

“The nature of politics has changed in the past decade. We have more polls and more commentary than ever before, mostly sour, bitter, character assassination,” he said.

He thanked his family, wife, the Liberal Party, and the country, for the privilege of his service.

“It’s humbling to lose, but that does not compare to the honour of being asked to lead,” he said.

“At this my final statement as prime minister, I say I have rendered all and I am proud of my service. My love for this country is as strong as ever and may God bless this great Commonwealth.”

Joely Mitchell is the editor of upstart, Tam Kendi is the deputy editor and Ewa Staszewska is the politics and society editor. They are all third year journalism students at La Trobe University. You can follow them on Twitter: @joelymitchell, @tamkendi and @EwaStaszewska.