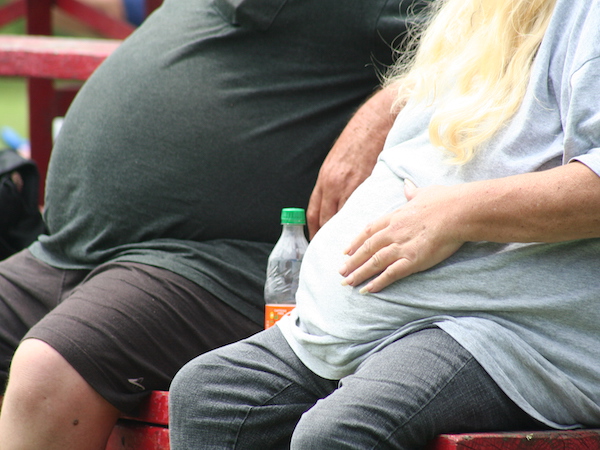 With more than half of Australians considered overweight or obese, researchers have found obesity is costing the nation’s hospitals almost $4 billion per year.

Childhood obesity often leads to obesity throughout adolescence and adulthood. Educating children about healthy food choices has been an important part of strategies implemented by the government and health organisations to tackle the nationwide issue.

There has been a push to improve children’s lunch boxes and school canteens, as well as the creation of exercise and healthy eating programs within schools and sporting clubs. The issue has also been addressed through advertising.

Now, obesity-related advertising is also being directed at an adult age bracket.

The style of campaigns addressing obesity has changed with time and according to research and early signs, these changes could be very effective.

The initial phase of the graphic and confronting “toxic fat” advertising first appeared on Victorian television screens in August last year. Now in its second phase, the advertisements take people inside their own bodies and show the build up of fat that forms due to living an unhealthy lifestyle.

LiveLighter is a public education campaign that is run in conjunction with the toxic fat TV ads. It is delivered by the Cancer Council Victoria in partnership with the Heart Foundation and funded by the state government.

The ads are similar to the quit smoking, road safety and skin cancer ads in that content is graphic and confronting. The nature of these ads has proven to have high success rates.

“There has been some research done where they’ve looked at all sorts of different healthy weight campaigns. Some of them had quite a soft, encouraging message but it went all the way through to the hard-hitting, LiveLighter–confronting-type message,” Ginn says.

“They’ve found those [hard-hitting] ads are much more effective in getting people to have a behaviour change that is healthier.”

Last week, 10,000 people signed up to LiveLighter in Victoria.

“We’re really pleased with that result, that’s more than the other states,” Ginn says.

Ginn says that they get a lot of emails from the public wanting to know how to change, and that people are really taking notice of the ads.

“We’re part of a state government initiative called Healthy Together Victoria. In that initiative approach they’ve funded LiveLighter, but they’ve also funded a lot of other programs.”

Other initiatives involved in tackling obesity include the Obesity Policy Coalition and The Parents’ Jury.

One of the common reasons people give for being overweight is the cost associated with living a healthy lifestyle. To counter this, the LiveLighter program is free to use and sign up to.

Across the world, there are currently many campaigns calling for people to live a more active and healthy life.

Food Revolution Day was celebrated on 15 May. Coordinated by Jamie Oliver, Food Revolution is a global campaign to put practical food education on the school curriculum. The viral campaign video features artists like Ed Sheeran and Sir Paul McCartney.

These advertisements come at a time when obesity statistics in Australia and Victoria are dangerously high.

“Already, 60 per cent of Victorians are overweight or obese. It’s more than half of us, which is pretty alarming,” Ginn says.

Ginn says obesity poses many risks to both the society and individuals.

“You’ve got the cost to employees because there are more sick days associated with being overweight or obese, and then the cost to the healthcare system, which is unsustainable the way that it’s going.

“Then you’ve got problems with individuals. Obesity is related to all sorts of chronic health diseases – you’ve got diabetes, heart disease and cancers, and then you’ve got more instances of things like osteoarthritis, which can be quite debilitating,” she says.