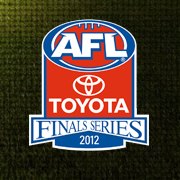 They surprised many by beating Collingwood to win the 2011 premiership, but left many pundits thinking that making the finals would be a stretch for the Cats in 2012, let alone repeating their September glory again. The retirements of key ‘golden era’ players like Brad Ottens, Darren Milburn, Cameron Mooney and inspirational skipper Cameron Ling had left the Cats list looking strangely inexperienced and far more vulnerable than they had for the last five years.

A poor start to the season did little to allay fears of a decline, as they lost in the opening round to Fremantle by four points, before North Melbourne shocked them by 17 points in round three. Another epic narrow two point win over Hawthorn softened the blow to some extent, but the Cats really struggled to hit top gear in the first ten rounds of the season, with a number of experienced individuals such as Paul Chapman and James Podsiadly, struggling to exert their normal dominance.

They went down heavily to Adelaide in round seven before Collingwood exacted their Grand Final revenge with a 12 point victory. The result left Geelong languishing outside of the eight in tenth position on the ladder, but it still wasn’t enough to really kick them into action. The Cats laboured to wins against lowly Gold Coast and Port Adelaide until they met Collingwood again in round 16. The Pies once again ran out winners, this time doing it comfortably by 31 points.

It seemed to be the spark that Geelong needed. A comprehensive 67 point win over Essendon got the ball rolling, with coach Chris Scott finding a perfect blend of youth and experience around the ground, as well as being aided by an in-form Tom Hawkins. The Cats surged to six wins from their last seven games, beating Premiership hopefuls Hawthorn, Adelaide and Sydney in the process, with an unfortunate five point loss to West Coast at Paterson’s Stadium they only blemish, as they finished with 15 wins in sixth spot.

With the retirement of Cameron Mooney and age seemingly starting to catch up with James Podsiadly, Hawkins has long been mooted as the one to fill the centre-half forward role down at Kardinia Park.

Despite an on and off again relationship with the Cats fans, an impressive performance in last season’s Grand Final was a turning point for young Tommahawk and he has, for the most part, been able to carry that form into season 2012, booting an impressive 61 goals.

He has been the key to their late season run (most notably kicking the winning after-the-siren goal from 60m out to beat Hawthorn) and if they are going to go deep into September they will need him to firing all cylinders to stand any chance.

Why Geelong can win the flag

Despite the risk of sounding like a broken record, Geelong still has a terrific list with one of the most balanced and gifted sides in the league, even if they have lost some of their more established stars. The Cats have potential match winners, like Joel Selwood and Steve Johnson, who are still some of the best players in the entire competition and, more importantly, capable of changing a game off their own boot.

There’s also the experience of being in ‘backs to the wall’ situations. Despite the loss of some wise heads, the key players in Chris Scott’s side have all been there before and they know what it’s like to win in the finals and, crucially, how to do it.

They also have the in-form power forward of the competition in the shape of Tommy Hawkins, who is proving to be a real headache for key defenders in any team.

Why Geelong can’t win the flag

The Cats may still be able to field a strong 22, but their playing list does lack depth. If one of their big guns fails to shine, there’s not much of a ‘plan B’ as they don’t really have the options to mix it up. This was most evident against Collingwood in round 16, when Hawkins was struggling to kick straight but they had no other clear option other than to hope that he got back on track.

The loss of Brad Ottens has also plagued the once revered midfield engine of Geelong, with the likes of Nathan Vardy, Trent Went and Oren Stephenson failing to hold down the number one ruck spot due to inconsistency. Ottens’ heroics in September were among the biggest reasons for their success in the last few years and they need to make sure they can compete in the hit outs and clearances to stand any chance.

With a home final, Geelong will most likely make it through to the next stage of the finals but beyond that it’s very hard to tell where they will end up. On their day, they are capable of beating anyone and will fancy their chances after building some quiet momentum in the last few weeks. Strangely, they have become the real dark horse for the Premiership.

Tom Midwood is a second-year student in the Bachelor of Sports Journalism at La Trobe University. He is also a Geelong supporter. Follow him on Twitter:@tom_midwood