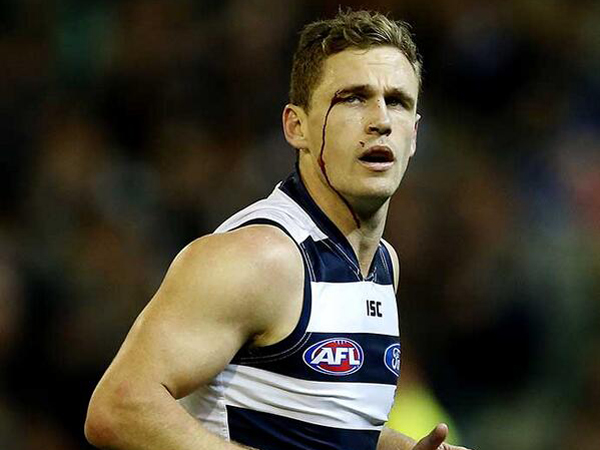 Now that the dust has settled on week two of the AFL finals, it’s time to look back at which players really stood up when it mattered.

Geelong fans had every reason to be nervous at half time during Friday night’s knockout match, but the Cats’ veteran players proved that it’s very hard to keep a champion team down. Geelong stormed to victory over a gallant Port Adelaide, securing its spot in a Preliminary Final, against its arch-rival Hawthorn.

With only five minutes to go and the Power trailing by four goals, Westhoff provided the goal of the year, snapping off the wrong side of his boot from the pocket, to give Port Adelaide the smallest of sniffs. Unfortunately his effort was in vain, but Westhoff’s three goals and 16 kicks did not go unnoticed, much like his unbelievable goal.

Selwood played the game most have come to expect from the Cats’ tough captain, finishing with 27 possessions, 15 of which were contested. Notching up six clearances and five tackles, he led the way for his side in typical Joel Selwood fashion.

Motlop again proved himself as one of the most damaging forwards in the league. With nine inside 50’s and nine running bounces, Motlop showed that his speed can slice up any side. He finished the night with 25 disposals and two goals. He may be the key to Geelong prolonging its season against Hawthorn.

Despite mid-season calls for Chapman to call time on his career, after he couldn’t break into the Geelong team, the Cat’s legend silenced his critics with a terrific performance against Port Adelaide. Bobbing up with four goals and five inside 50s, he showed how valuable he will be for Geelong in those crucial September moments.

Early injuries to Kurt Tippett and Tom Mitchell had Sydney fans nervous on Saturday night, but a strong third term for the Swans saw them skip away to a comfortable win against Carlton.

The Swans’ left-footer put in another stellar performance against the Blues, with eight inside 50s. Jack proved himself to be one of Sydney’s best, winning more than his fair share of the ball on his way to 30 disposals and two goals.

The Sydney fullback thrived in Matthew Kreuzer’s absence, and was able to play a more rebounding style from his own defensive 50, while keeping Jarrad Waite relatively quiet. Grundy accumulated 32 disposals, and was instrumental in Sydney playing the ball out of defence.

With Kurt Tippett being substituted early, the Swans were forced to find alternate avenues to goal, and Parker proved to be the surprise packet of the evening. He has spent most of his short career in defence, but on Saturday night Parker proved he was capable of being a very damaging wingman for the Swans. His remarkable performance saw him finish with three goals and 22 disposals.

McVeigh has had a lean few weeks, but was easily his side’s most decisive performer, amassing 42 disposals and two goals. With the game still in the balance and Sydney struggling with early injuries, McVeigh’s second quarter saw him collect an incredible 20 disposals at a near-perfect efficiency.

Now halfway through the finals series, it’s time to look at the leaderboard:

Justin Falconer is a second-year Bachelor of Journalism (Sport) student at Melbourne’s La Trobe University, and is a weekly contributor to upstart. You can follow him on Twitter at @jfalconer6.