With the pre-finals bye over, eight teams remain as the quest for premiership success heats up. 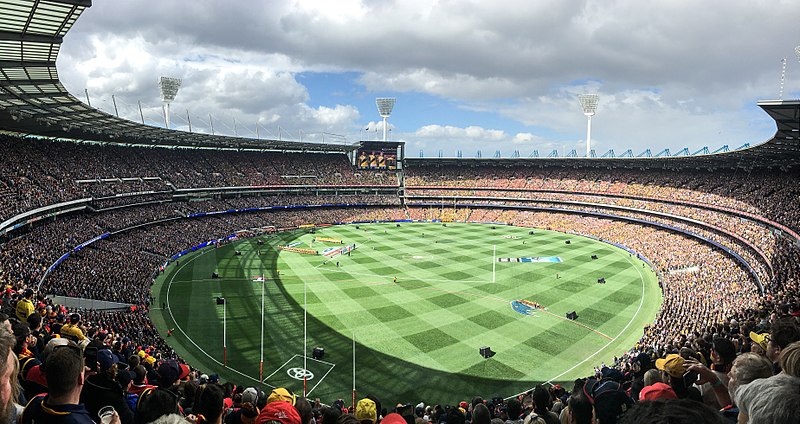 It all kicks off in the West tonight where the reigning premiers do battle with Essendon in the first elimination final.

West Coast failed to secure a top four spot after losing to Hawthorn by 38 points in the final round of the season, meaning that the Eagles will have to win all four finals games if they are to claim back-to-back premierships.

But momentum is well and truly against Bombers. They’ve lost three of their last four games, including a 104 point loss to the Western Bulldogs nearly a month ago, which has put coach John Worsfold under extreme pressure if they don’t get a result tonight.

Essendon have shown they are capable of stringing together impressive performances, highlighted in the middle of the season when they won six of seven games between Round 13 and Round 19. Ironically, the one game the Bombers lost in that period was against the Eagles in Perth.

Essendon will welcome back captain Dyson Heppell, forwards Orazio Fantasia and Jake Stringer, as well as key defender Cale Hooker who all return from injuries, while the inclusion of star ruckman Nic Naitanui will ease some of the nerves from West Coast fans as his battle with Bombers counterpart Tom Bellchambers will be a key match up.

The only Melbourne fixture taking place in week one of the finals is the qualifying final between Geelong and Collingwood.

Geelong finished the season on top of the table for the first time since 2008 while the Magpies snuck their way into fourth position after results fell their way in the final round of the season.

Magpies captain Scott Pendlebury will celebrate his 300th game on the night, becoming only the third person to do so in the clubs history.

The All-Australian midfield duo of Tim Kelly and Patrick Dangerfield will look to continue their good form while superstar Collingwood ruckman Brodie Grundy will be sure to give the Cats plenty of headaches all around the ground.

Collingwood will regain Jaidyn Stephenson for the first time since Round 12 after his 10 week suspension ended a fortnight ago, while star forward Jordan De Goey and vice captain Steele Sidebottom are both expected to be available to play after their respective injuries.

The first of the two Saturday matches takes place in the western suburbs of Sydney when the Giants host the Western Bulldogs in the second elimination final.

Last time these two sides played in the finals was the epic 2016 preliminary final in which the Bulldogs prevailed and ultimately went on to win the premiership that year.

The Bulldogs won that flag from seventh position, the same position they finished at the end of this season and just as they did in 2016, they’ll have to win four consecutive finals games.

Despite spending most of the year in the top four, a poor August saw the Giants drop to sixth. But they can lay some of their hopes on Coleman Medallist Jeremy Cameron who will look to make use of his good goal-kicking form after kicking nine majors in his last match against the Gold Coast.

The Bulldogs had a great second half of the year, finishing their season with three strong performances. The momentum will go a long way into replicating the 2016 fairytale.

It will be a disappointing off-season for the Giants if they lose this game, as it would make it four consecutive finals appearances without a premiership, while for the Dogs, any result would still be a somewhat successful year for Luke Beveridge’s side.

Wrapping up the first week of the finals is the second qualifying final between the Brisbane Lions and Richmond.

The Lions bandwagon has been in overdrive throughout the year after an impressive season saw the Lions finish in second spot, earning a finals place for the first time since 2009.

Brisbane won nine consecutive games between Round 14 and Round 22 with their run only ending a fortnight ago at the hands of the Tigers at the MCG.

Richmond themselves are currently on a nine-game winning streak and despite having to travel interstate on Saturday for the first time since July, are in the best form they have been since this time last year.

Fortunately for the loser, they will have a double chance against either the Giants or the Bulldogs but the winner of this match could very well claim the right as premiership favourites.

Photo: 2017 AFL Grand Final panorama during national anthem By Flickerd available HERE and used under a Creative Commons Attribution. The image has not been modified.