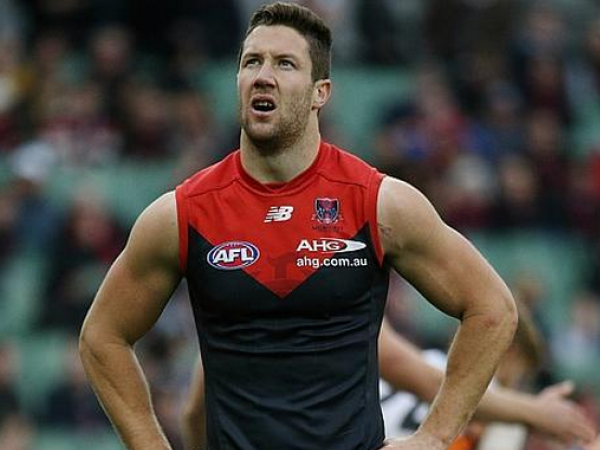 James Frawley’s move from one club to another represents everything right about the AFL’s free agency.

In leaving Melbourne for Hawthorn, James Frawley was able to make the best decision for James Frawley. It is something that would have proved almost impossible in the past.

After eight years with the Demons, Frawley, 26, exercised his rights as an Unrestricted Free Agent (UFA) this week, signing a lucrative four-year deal with the Hawks.

The deal was reportedly worth close to $2.5 million, with an additional fifth season to be triggered should Frawley meet certain performance criteria. But his departure from the Dees was never about the money.

Melbourne dubiously received Pick 3 in the AFL national draft as compensation for the loss of the key defender.

Frawley’s decision to join the premiers of the past two seasons was primarily done so on the grounds of gaining team-success.

“Every player plays footy to try and win a premiership and be in a successful side and that’s what I see here at Hawthorn,” Frawley told Hawks TV.

In his 139 games with the Dees, Frawley managed a 34-1-104 win/loss ratio — unhappily ranking the ’06 national draft’s 12th pick inside the top-20 for the worst record in AFL/VFL history.

Melbourne has only averaged a win every four starts since Frawley arrived at the club for the beginning of the 2007 season, with the Dees’ longest winning streak in that time being just three games on two occasions.

Over the same period, Hawthorn has had streaks of three wins or more on 16 occasions, peaking at a run of 12 wins in 2013 – a figure Melbourne hasn’t bettered since its famous 1955/56 premiership teams won 19 consecutive fixtures.

It could have been oh so different for Frawley had Hawthorn employed its sixth pick in the 2006 draft on him. Instead, the Hawks selected Mitchell Thorp, who played only two games before he was delisted in 2009.

Before his decision to break ranks, Frawley looked destined to follow other Melbourne greats Gary Hardeman (219 games) and Steven Smith (203) to never play a final.

There was certainly no guarantee his finals drought would end in the near future if he extended his contract – Melbourne won a mere four games this year.

For too long, players have been deprived the right to go wherever they like, and, despite free agency’s relative infancy in the AFL, already it has rubbed many the wrong way.

This week, some coaches and commentators were agitating for a major review of the system.

The media commentary wasn’t much better though.

The Herald Sun’s John Ralph suggested “some teams will never win a flag again” and that AFL Free Agency would be to blame.

Sure the system hasn’t exactly given smaller clubs the opportunity to poach star players from big clubs, acting in line with the AFL’s push toward equalisation.

However, it is important to note not all players have used free agency as a tool in the search of an elusive premiership medallion, like Frawley and Waite.

Lance Franklin left Hawthorn as a UFA to sign an unprecedented nine-year deal with the Sydney Swans in 2013, just days after the Hawks won the flag. The Swans made full use of the AFL’s Cost of Living Allowance (COLA) to land Franklin. Similarly to Frawley’s move, it also had many in a huff; somebody always thinks they’re getting a raw deal.

James Frawley says that after lots of “to-ing and fro-ing”, the lure of a premiership is what got him to the Hawks. pic.twitter.com/l1qfQuR53S

Regardless of each players rationale, these high-profile switches illustrate how free agency has given power to the players.

Beforehand, player movement was almost entirely in hands of the club. And if the club could not negotiate a trade, few were brave enough to go through the lottery of the national draft, fully aware they might be picked up by an ordinary team, if at all.

Yes, the AFL is a business, however, it’s worth remembering AFL clubs don’t own players. And thus despite all the hours of training and coaching AFL clubs pour in to the development of these players, they technically don’t owe them anything.

The businessman-like culture of clubs is demonstrated in their ruthless thirst for success, with players traded, delisted and retired each year with the teams’ ultimate goal in mind. Who says players shouldn’t be afforded the right to be just as ruthless?

On average an AFL player will spend six years in the competition, according to the AFLPA.

James Frawley has already spent more time in the AFL than that average, yet, in spite of this, he has nothing to show for it. He has well and truly paid his dues at Melbourne, and should feel more than entitled to make hay while the sun shines. It would seem only fair.

Callum Godde is a third-year Bachelor of Journalism (sport) student at La Trobe University and the sports editor of upstart. You can follow him on Twitter: @Calgodde