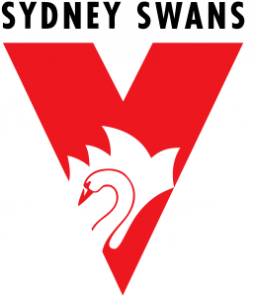 The Swans broke one of the biggest hoodoos in football last Friday, when they beat Collingwood for the first time since 2005. The same year they went on to win a premiership, and break another long hoodoo – their first premiership in 72 years.

Only four players remain at the Swans since that 2005 premiership (Adam Goodes, Ryan O’Keefe, Lewis Roberts-Thompson and Jude Bolton), however the Hawks are likely to have atleast 10 premiership players in their line-up this Saturday.

Looking at each list on paper, the Swans look a lot less experienced, in comparison to the Hawks. Maybe it’s because Hawthorn players such as Cyril Rioli, Clinton Young and Xavier Ellis were all so young playing in the 2008 flag. Or because the Swans have so many of their own young kids that have yet to really put their stamp on the competition.

Either way, it comes down to whoever is best on the day, and Sydney knows once the ball gets bounced, it’s anyone’s cup.

How Sydney Can Win

Easier said than done, but I’ll say it anyway. Be tough and be first to the ball. Sydney has the cattle that can win the hard ball – Josh Kennedy, Jude Bolton, Adam Goodes, Jarrad McVeigh, Craig Bird, Keiran Jack, Dan Hannenbery – they’re all willing to put their heads over the football, and none more so than the first two.

Kennedy has lifted his game to the next level, confirmed by his top 10 finish in Monday night’s Brownlow Medal count. His skill and toughness was even more impressive in the preliminary final, considering he was going head-to-head against Scott Pendlebury. Kennedy is vital to the Swans, as far as clearances and kicking two or three goals as a midfielder.

How Sydney can lose

Sydney is not known to kick big scores, and against the Pies it was extremely wasteful in front of goal. The Swans kicked 13.18.96 in the preliminary final, but will need to be kicking at over 50% accuracy to win this game.

The Swans have only twice kicked 100+ in the last decade and lost, exemplifying their dependence on a solid defense. But Hawthorn is the best attacking team in the competition, scoring more than any other side in 2012.

The Swans will not only depend on their defense again, but need to hit the scoreboard at the other end. If they aren’t effective going inside 50, they will waste their chance to upset the minor premiers.

If the Swans are to win, they need Goodes to be on fire. The two-time Brownlow medallist needs to play dominant clearance football in the midfield, and then exploit his direct opponent by sneaking forward and kicking goals.

His biggest attribute is his brute strength and endurance. He takes strong marks overhead, and knows how to win the ball in tight.

He isn’t a good set shot for goal, but there would be no harm in resting him one out in the goal square. If he kicks three or four goals, the Swans go a long way to winning the premiership.

And Goodes goes even closer to winning the Norm Smith.

It’s pretty obvious, but if they let the competition’s best key forward off the leash, they lose this game. In fact, Buddy only needs to kick four goals for the Hawks to win.

Franklin does a lot more for Hawthorn than just kicking goals. His ability to set up teammates is just as vital, as well as draw two or three defenders, freeing up his teammates to get dangerous.

In saying that, stopping Buddy doesn’t guarantee victory. It only does half the job.

The Pies kept Buddy goalless in the qualifying final until the dying minutes of the second term. He went on to finish with four goals.

If they can limit supply inside 50, they will also help stopping Buddy’s colleagues in Cyril Rioli, Luke Bruest, Jack Gunston and Jarryd Roughhead. If three of the five get off the leash, the Hawks will take home their second flag in five years.