After a long off-season, footy is finally back. 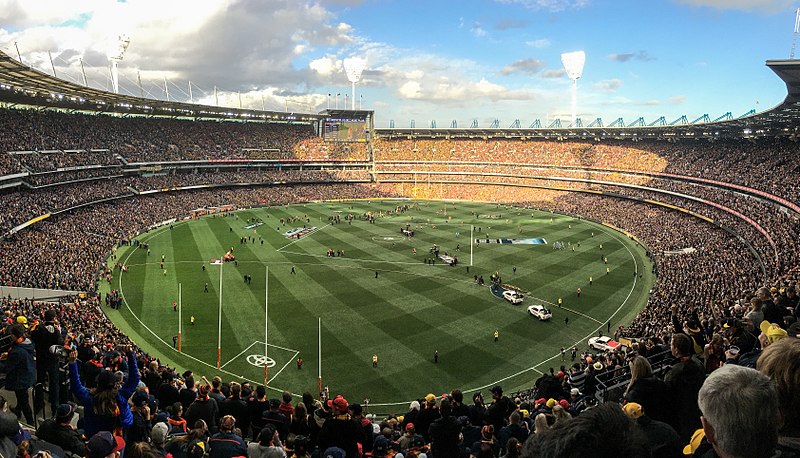 We’ve had to bask in the glow of the Tigers’ premiership, but it’s now that optimism will be running high amongst the rest of the footy community. Here’s a couple of things to keep your eyes on over the weekend’s action:

How do the Tigers handle the pressure of being the hunted?

After winning their first premiership since 1980, clubs will be out to take down the reigning premier and dislodge them from the top. Damian Hardwick has been adamant that his side can “Learn from the Dogs’ demise in 2017,” but can Richmond maintain their intensity and pressure game that saw them go all the way in 2017?

All eyes will be on the clash at the MCG tonight.

Gary Ablett running out for the Cats on Sunday

Speaking with reporters outside Kardinia Park this morning, Gary Ablett confirmed that he will ”100 percent” be lining up for Geelong on Sunday to take on the Demons. The Cat-turned-Sun premiership star and Brownlow medallist will return home in what some fans are describing as a romantic end to his illustrious career.

We may have to wait one more week to see the Selwood-Ablett-Dangerfield midfield combination, with a hamstring complaint set to sideline Patrick Dangerfield for one more week.

Essendon will go into their season opener against Adelaide with their three prized recruits in tow, with Jake stringer, Devon Smith and Adam Saad all set to make their Bombers debuts tomorrow night at Etihad Stadium. With the expectation of continued improvement placed upon the dons in 2018, the trio will have a big say as to whether the Bombers can seriously contend at the pointy end of the season.

All eyes will be on Jake Stringer in particular, with the enigmatic forward/mid crossing from the Bulldogs in the off-season under controversial circumstances. Devon Smith has been a revelation in the JLT Community series, averaging 25 possessions and a goal across both games.

Will the Blues take the next step?

After an impressive JLT series, notching up wins against St Kilda and Hawthorn, the Blues’ talented young list look set to improve on the 2017 season which saw them win six games for the year. Although they lose best and fairest winner Sam Docherty and star midfielder Bryce Gibbs, Brendan Bolton is set to employ a more attacking style of game, hoping to improve on scoring- one area they fell down in last year.

With a raft of first-round draft picks, and an impressive array of talent across all lines of the ground, Carlton supporters will expect to see significant signs of improvement in 2018. Their journey starts tonight at the MCG against the reigning premiers.

Does the AFL break the Round 1 attendance record for the second year straight?

With a record-breaking 400,091 people piling through the turnstiles for round one of the 2017 season, the AFL believes that they can expect an even bigger turnout for the start of the 2018 season. With blockbuster matches at the MCG on Thursday night, Friday night and Sunday afternoon, crowds are expected again to be in excess of 400,00 overall, meaning the AFL would once again break the attendance record for any round in history.

The attendance will also be bolstered by the curtain raising of Perth’s new 1.6 billion-dollar, 60,000 capacity development, Optus stadium on Sunday when West Coast host Sydney.