Aisling Utri had already given away AFL for hockey as a junior, but it was a hockey connection that saw her give footy another crack. 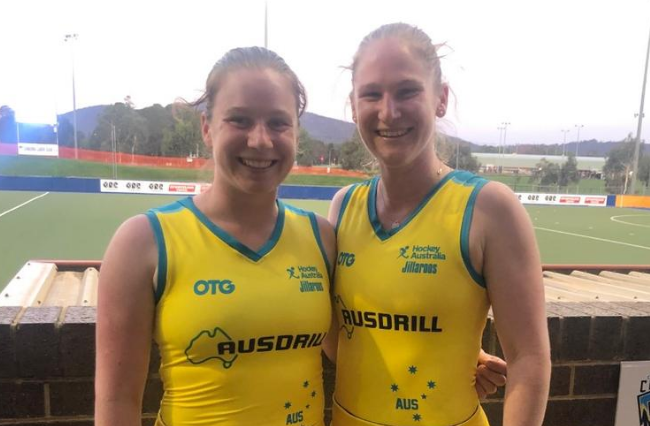 After growing up a Bulldogs fan and playing football since the age of 12, Utri could not believe it when the list manager of the Bulldogs, who was the brother of one of her hockey teammates, offered her the opportunity to come and play for the side.

The chance to play in the AFLW had been a lifelong dream of hers, but she hesitated with the idea of committing herself to multiple sports at once. However, it was the Bulldogs, so it was an issue she was happy to live with.

“If it wasn’t the Bulldogs, I don’t think I ever would’ve done it,” Utri told upstart.

Utri’s stint at the Whitten Oval was short-lived, yet memorable. She was named an AFLW Rising Star and played an integral part in the Doggies’ 2018 premiership winning campaign.

Winning that premiership was one of the crowning achievements of Utri’s career thus far.

“To be able to do it with 20 of your best friends… was pretty cool.”

However, in 2020 the clash that existed became too much for Utri to handle and therefore, she made the tough decision to move away from football and focus solely on hockey.

Having captained the under 21 squad in the 2019 tri-series against India and New Zealand, Utri knew that she could continue to represent Australia in hockey and thus, broke the news to the Bulldogs that she had played her last game.

“They weren’t happy. But in a nice way,” she said. The club had known all along that she would choose hockey “if it came down to it”, but nevertheless they supported her decision and remain in contact with their former teammate to this day.

As many might expect, Utri is constantly asked the question of which sport she prefers, and understandably so. Despite the differences between football and hockey, the former Rising Star found similarities in the gameplay and strategic element of both sports. Swinging the ball and running patterns became second nature as she had done much of the same on the hockey field.

While 2018, the year she was able to compete in both, was the best of her career, the Jillaroo quietly hints that her number one love is hockey.

“I find this weird beauty in hockey… and I think it’s quite a niche sport.”

One of the elements that she finds so attractive about hockey is the sense of it being such a tight-knit community, due in large part to the lack of fanfare that surrounds the game in Australia.

While the Bulldogs’ Grand Final win was a monumental achievement, Utri’s most memorable win came in the Hockey Senior Nationals of the same year. Her Victorian side had to scratch and claw their way back into the game and miraculously secured the victory in the dying seconds of the matchup.

At this stage in her career, Utri’s entire life is a balancing act as she juggles sport and study. On top of her 14 games for the AFLW’s Western Bulldogs, and participation in international hockey, Utri is still managing to complete her Masters of Physiotherapy at La Trobe University.

As an outstanding female athlete, Utri is proud of women’s current standing in sport and the leaps that are continuing to be made.

“It’s really good,” she said. In her opinion, sports like soccer and cricket have really paved the way in facilitating female participation and allowed other sports to follow suit.

Although she acknowledges that Aussie Rules is not where it would like to be, she believes hockey “is one of the most equal sports out there”.

And her message to young girls who want to pursue a career in professional sports: “just do it because you love it”.

Erin Piez is a second year Bachelor of Media and Communication (Sport Journalism) student. You can follow her on twitter @ErinPiez.