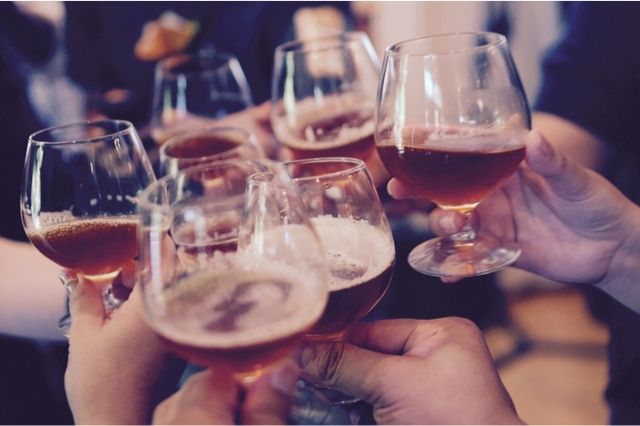 “I’m going to Murphy’s. Do you want anything?” This is how I start a lot of phone calls with my partner. Drinking alcohol every afternoon became a normal thing in my house. When I come home after a long shift and all I want to do is to pour myself a glass of sparkling.

While being someone who thinks about my health, I’ve never really been concerned about the impact of alcohol on my life.

Statistics show that drinking has gone down significantly over the last 10 years. People are now admitting that giving up alcohol makes them feel better and improves their quality of life. But, according to La Trobe’s Bold Thinking panel on alcohol consumption, somehow drinking still takes up a lot of our lives, and not that many people are willing to give it up for good.

Led by radio journalist Francis Leach, the event hosted Dr Michael Livingston, one of Australia’s leading alcohol policy researchers, and Dr Sarah Callinan also a Cancer and Aging Research Program researcher, has a particular interest in alcohol consumption in the home, older drinkers and screening tools that identify harmful drinking. Gay Alcorn, the Melbourne editor of The Guardian Australia, whose article on giving up drinking for a month was read over a five hundred thousand times. It also included George Megalogenis, author and journalist with three decades’ experience in the media, and Flip Prior, an ABC journalist, who quit drinking for year and publish a number of articles explaining its benefits.

Panellists kicked off the discussion by saying that even if alcohol consumption in Australia dropped significantly over the last decade, the problem of drinking still exists.

Alcorn explained that throughout of history, drinking has been a source of great pleasure. 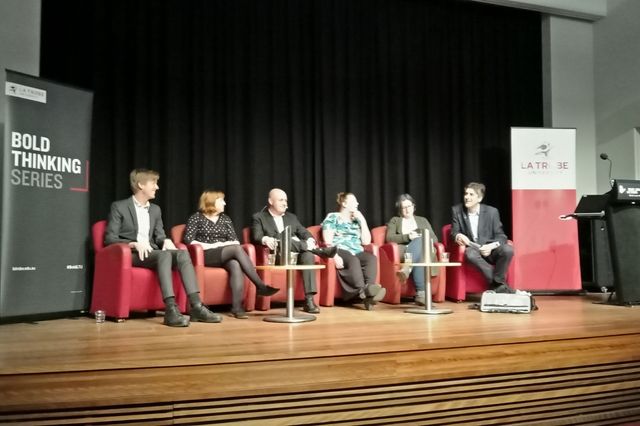 “It’s a muse, it’s a people’s warrior. Great poets talked about the wonder of alcohol. It’s always been there. But there is a little bit of a shift because of world’s movement. People are more interested in health, much more knowledgeable of the influence of alcohol and what it does to your brain. People started thinking a little bit differently,” she said.

According to Prior drinking alcohol doesn’t necessarily change a person’s social life, but it definitely changes everyone’s perception of you.

“So many people say you can’t do it, you can’t quit drinking. You will ruin your social life and stop having fun. Look around, it’s everywhere. And this is when you start to notice how everywhere alcohol is,” she said.

Drinking alcohol during weddings, funerals, birthday parties, nights out, and business meetings became a normal thing and people don’t see why it should be different.

It’s well-known that alcohol affects mental and physical health. It increases changes of breast cancer, diabetes, impotence and heart damage. The fact that unlike cigarette, we don’t talk enough about the dangers of alcohol. We like to only remember that wine is good for your heart, but not that it can give you cancer, if you drink too much of it.

Towards the end of the discussion panel dedicated time to communicate with the audience. Hosts were keen to find out what changes need to be made to shift the perception of social drinking.

One of the suggestions was to get rid of TV ads. Another one was to introduce a larger option of non-alcoholic drinks.

Heineken created a zero percent beer that inspired a lot of beer makers to follow their example.

“I was a drinker for 26 years and have not had a drink since [last July]. And I’ve gone a total other way, I’m about to launch a range of craft non-alcoholic beers. [The goal is] to get it on tap into pubs,” a person from the audience said.

Yulia Fokina is a third year Bachelor of Media and Communications (Journalism) student at La Trobe University. You can follow her on Twitter @ Yulia__Fokina