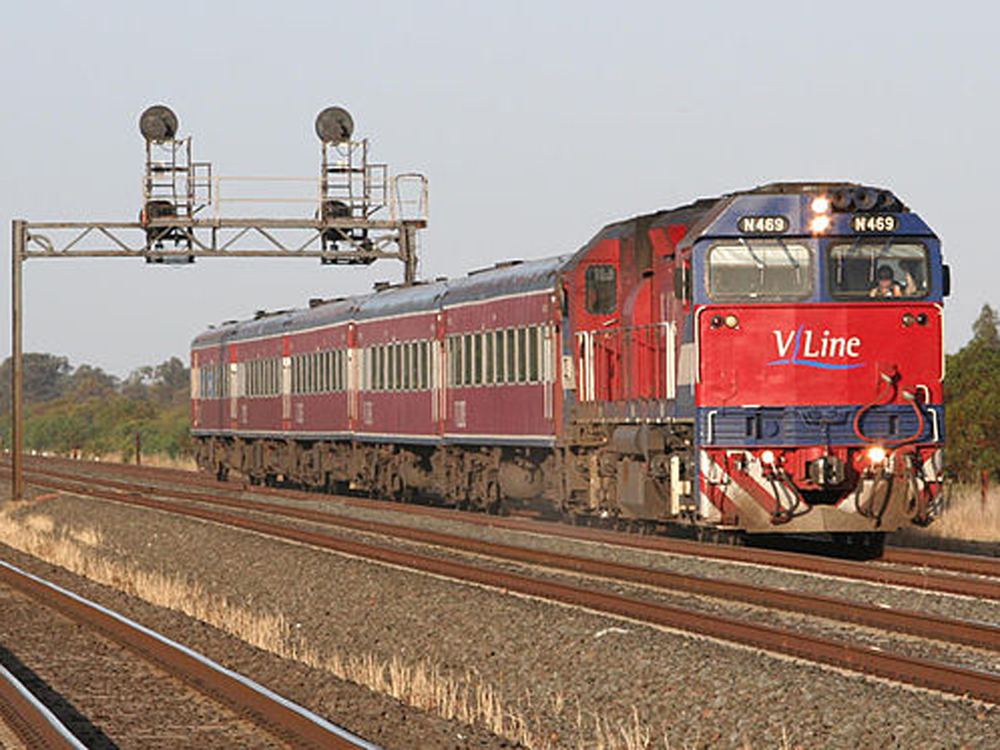 All Aboard Shepparton is a community driven initiative located in the Goulburn Valley.

They are advocating for an increase in state government funding to hopefully achieve faster and more frequent train services.

With only four services leaving for Melbourne CBD and three returning to Shepparton a day – as well as a two and a half hour travel time – the region’s commuters are demanding change.

Earlier this year campaigners boarded the 6:31am train heading towards the CBD where they protested in pyjamas in front of Melbourne’s Parliament House.

City of Greater Shepparton council member Fern Summer, who was a candidate for the Bullet Train for Australia Party in the 2013 election, attended the protest and supports the ongoing campaign.

Summer tells upstart that the Shepparton to Melbourne train line is inadequate with numerous aspects that needs to be improved.

“Our trains are too old, the rail needs updating to allow velocity carriages, trains at the Murchison stop can’t pass each other and comparable cities have over 20 services per day, whilst we only have four.”

“All these issues are interlinked, so it’s impossible to focus on just one thing,” she says.

It is hoped that improved railway services will allow students to commute from the region, rather than being forced to move away to attend university.

Parents are currently spending thousands of dollars on accommodation so that their children can live close to university campuses.

Principal of Shepparton’s Notre Dame College, John Corese, recently told the Shepparton News that whilst he encourages students to seek tertiary education, the expectations on parents are unrealistic.

“It’s absolutely farcical that I pay about $20,000 to have my child live at university. Parents can’t afford that,” he said.

Summer, a mother of three, is also concerned about accessible education for regional students.

“A lot of money is drained from the local economy to assist regional students through metropolitan schools,” she says. “If it’s easier and cheaper to access tertiary education, more people will gain qualifications.”

Shepparton is also facing a 7.5 per cent unemployment rate. Summer hopes that increased access to further education through more frequent and faster services could see this statistic lower.

“Higher education leads to employment and entrepreneurship, which in turn employs others,” she says.

V/Line recently received a $5.6 million grant that saw a major maintenance upgrade for the Shepparton to Seymour line, but people are calling for funds to be invested in improved timetabling.

V/Line Chief Executive, Theo Taifalos, said the North Eastern region would benefit from the maintenance that saw more than 17,000 timber sleepers replaced between Nagambie and Shepparton.

This upgrade, however, will not improve the speed of the trains on the Shepparton to Melbourne line.

Arlene Smith from Public Transport Victoria tells upstart that despite demands from Goulburn Valley residents, there is no simple way to address their concerns.

“Additional services to any regional location is a financial issue: there is insufficient rolling stock available and no OPEX funding currently available to do anything better than what is there today,” Smith says.

Until there is substantial funding assigned, regional residents will have a long wait ahead of them.