Just as the lift doors open onto ABC Radio National’s floor, Anita Barraud says:  ‘I came in (to journalism on) a very different path than most people.’ But before I could ask what she meant, she is already ten steps ahead, striding purposefully with an energy that is difficult to match. 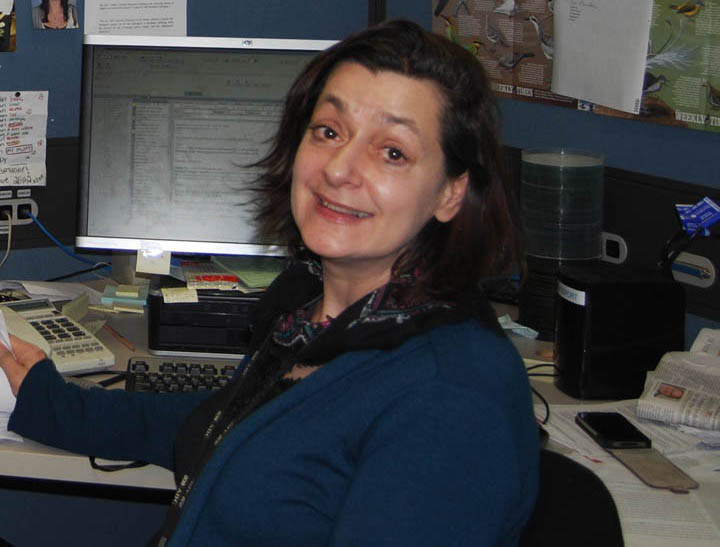 Barraud’s enthusiasm could fool anyone into thinking she is new on the ABC circuit but the RN producer and presenter has clocked almost 26 years and has forged a diverse trail at RN across many specialist areas.

We run into an audio editing suit and Barraud introduces James Pattison, a producer on the show.  She gives a quick run down of the equipment and turns my attention to the computer screen.

‘The great thing about radio is that you can use a lot of creative sound,’ she says and demonstrates by grabbing a sound bite and dragging it across and over another one. ‘You can play with it and challenge it.’

This creative use of sound helped Barraud win a Walkley Award in 2009 for the four-part radio documentary Indonesian Journeys: Democracy and Diversity.

The documentary was the first of a four-part co-production with the BBC and focused on post-Suharto Indonesia, a subject Barraud was all too familiar with.

‘I had 12 years experience covering Asian politics so I got the job,’ she says.

Barraud recounts the importance of her travels right through the heart of Jakarta, Aceh, West Timor and Bali.

‘The series was a timely one because a lot of people didn’t understand Indonesia’, Barraud says. Her skills of telling stories with sound painted a picture of a liberal and intelligent country and her efforts were also recognised with a United Nations Media Peace Award.

Barraud’s passion for challenging everyday assumptions and unmasking issues of complexity is evident in the stories she pursues, a freedom she credits to RN’s culture and environment.

Barraud describes her ‘foot in the door’ also as ‘fortunate’ and something that would be impossible to do these days.

She joined the ABC in London at the age of 25. At the time she was juggling priorities as a single mother and had no experience in broadcasting; Barraud had left school at 15 and at the age of 17 she became an actress working in cabaret and theatre.

‘The job going was for a researcher, sound recorder and a general dogsbody,’ she says.  ‘I applied for it and amazingly got it’.

She worked there for two years before returning to Melbourne to start university.

‘I started my degree and it took me 10 years to do it by correspondence with a child and full time work.’  Barraud now has a degree in journalism, literature and philosophy of science.

The highly adaptable and hardworking Barraud became an expert in multi-tasking as she moved between family life, studies and working for the ABC in Melbourne. She started as a researcher in the newsroom and then became a producer at 774 (formerly 3LO), before making the move to Radio National.

Barraud’s advice to future journalists is to be multi-skilled, hard working, to have passion, integrity, confidence and, most importantly, be able to listen.

Danna Diaz is a Bachelor of Journalism student at La Trobe.  You can follow her on Twitter: @dannamdiaz