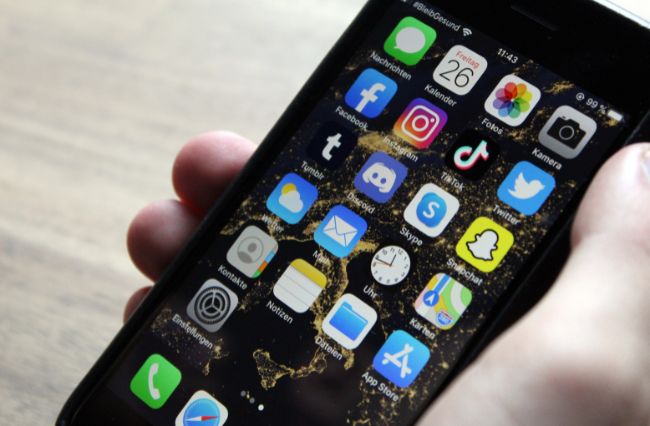 Corporations such as the Herald Sun or Seven West Media used to be a consumer’s only source of sports news updates or stories. But now, through social media and niche media sites, fans are able to pick and choose which sports news outlets align with their own personal taste. And with the growth of alternative sports news sources, consumers have the freedom to decide which medium will serve them best.

But in what ways do these alternative outlets create a refreshing outlook or point of difference to their mainstream rivals?

One clear example of an alternative sports news platform that most AFL fans on Instagram would be familiar with is the account “aflcentral”.  The page was first started back in 2013 by Dylan Humphries who, as a diehard Sydney Swans fan in NSW, craved for more AFL focused content and so decided to create the aflcentral page out of pure love for the sport.

Over the past nine years the Instagram page has grown tremendously. So much so that Humphries’ account now boasts over 175,000 followers. Easily surpassing the Herald Sun Sport’s account (28,900), it is also able to compete with the 7AFL (306,000) and Fox Footy (236,000) accounts.

But Humphries’ success hasn’t come through copying his rivals’ accounts style, instead he’s found a niche through researching interesting and unique statistics across a range of sports. The niche statistics that Humphries shares to his followers are often specific to a player or team. For example, a post he shared recently demonstrated how important Richmond midfielder Dion Prestia is to the club by showing the Tigers have won 17 out of the 21 matches where Prestia has recorded 30 or more touches.

“Well, I’ve had to find a point of difference, and I feel like the stats I’ve been putting up probably give me that,” he tells upstart. “If I put up a stat, you could go on the [actual] AFL page and there’s some stat and someone will comment, ‘aflcentral stat’.”

The page is yet to become financially viable enough to become a full-time job for Humphries, but he says his passion for the page is about more than money.

“I’ll do the occasional [sponsored] post. I did a post yesterday. But I’m not really, at the moment, in it for the money,” he says.

“I’m just going day by day posting content every day. Even if it’s the same page in five years, I’ll still be doing the same thing. I’m happy with that.”

After being let go by The Advertiser in 2020, Hudson decided to create a sports news website called, The Inner Sanctum  (TIS), a website that produces feature articles, video content, podcasts and more. His vision for the platform was to see a wide range of athletes put on a pedestal to tell their stories, such as the tale of Launceston’s second consecutive premiership.

Hudson believes this mentality from both himself and his writers helps TIS to steer clear of the usual “click bait” or “belittling” articles like his mainstream media rivals. He says that he instructs his team to mainly focus on interviews and analysis with the sports media industry already flooded with opinions.

“Everyone has an opinion,” he tells upstart.

“You hear [sic] voices [media personalities] every day. You hear them all every night. It’s a constant cycle of people in the media making themselves probably a bit bigger than the athletes that are actually performing and that’s not something that we want to do.”

TIS also has a focus on women’s sports, which Hudson believes will entice and retain their consumers, as he says women’s sport doesn’t tend to get much coverage in Australia.

“We try to give a big balance to women’s sport, we try to give balance to sports that don’t traditionally get the mainstream media coverage as in-depth as those major ones,” he says.

“That’s what we like to see as our biggest difference,” he says. “So that’s something that we really pride ourselves on.”

While Hudson may already be deep into his career in sports media, some young sports journalists are just getting started creating their own alternative, multimedia platforms to use as a pathway into the sports media industry.

Will Faulkner, 22-year-old journalism student, uses his Instagram page and personal sports news website (both under the name Featuring Faulks) to cover a wide range of content, including news stories, feature articles, interviews and graphics. He says he is soon venturing into the world of podcasts.

And while he might only be using his page to get a foot in the door, he thinks he’s found a point of difference that is helping to grow the Featuring Faulks brand, which is getting people to become emotionally invested in an athlete at the start of their career.

“I think my niche for the page is interviewing and following young elite athletes and how they’re going through the early phase of their career, which is less common throughout your Fox Sport’s and Channel 7’s,” he tells upstart.

And while Faulkner doesn’t know for how long the Featuring Faulks page will continue once he finds a job in sports media, it has helped him to realise what type of journalist he wants to become.

“I think someone who, down the track, holds their integrity and their morals,” he says.

“I think it’s an industry that can change some people, but I think just staying true to myself to not compromise for the sake of a news story. I guess just being an authentic and credible journalist.”

The ability to start sports news outlets through social media and niche media sites has allowed fans and journalists to create a strong point of difference for their page or site compared to mainstream sports media. While also allowing people such as Humphries, Hudson and Faulkner to be in control of their own content and remain authentic and credible.

AUTHOR | Marcus Beeck is a second-year Bachelor of Media and Communications (sport journalism) student at La Trobe University. You can follow him on Twitter @beeck_marcus.

PHOTO | ‘Social Media Phone’ by William Helmert is available HERE and is used under a Creative Commons license. The image has not been modified.