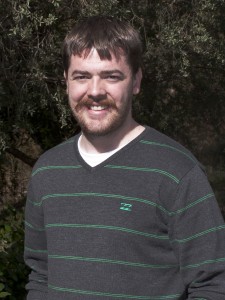 It’s the event we all remember going to as a child.

The memories of putting ping pong balls in a moving clown’s mouth, buying overpriced blow up hammers and winning a giant stuffed panda bear; all combined with seeing a young teen girl throwing up after getting off from the latest thrill-seeking ride.

There is no question the Show aims to appeal to everyone with its wide variety of attractions but the real question is if they actually succeed, especially considering the huge costs?

Upon arrival at the show, parents are shocked to discover that it could cost them almost $100 just to get through the gates.

Throw in the obligatory $15 parking fee and all of a sudden the costs are adding up.  Remembering this is before the $5 a game of shoot the basketball into the bent out of shape hoop or forking out for the $20 show bag.

The price is ridiculous according to father of two, Steven Elliott. He only goes because his children nag him to take them every year.

‘The kids love it and it’s only once a year otherwise I wouldn’t come.’

Taking this into account, there’s no doubt that taking the kids to the Show is not a cheap day out but what it does offer is variety.

There are not too many events in Melbourne that can compete with the Show for the sheer volume of attractions. There are rides, games, dog shows, petting zoos, a visit from our dear friend Elmo and don’t forget the old wood chopping contests.

Yes, The Show is a day of fun filled events and there is something to suit everyone but in tough economic times is it really the best way to spend a day?

‘I reckon it is getting more expensive so it’s probably starting to push people away from coming ,’ Elliott says.

Organised by the Royal Agricultural Society of Victoria (RASV), The Show has been a signature event in Melbourne since 1848. It is Victoria’s largest and longest running annual public entertainment event with 2011 being the 156th Show.

While it’s one of Melbourne’s premier events, Elliott says the Show really is overpriced but the happiness his children get from it is worth it.

‘At the end of the day the kids come out happy and it’s only once a year so I don’t mind bringing them along.’

While the adult in all of us has a slight hatred for the Show, the kid in us probably has a burning desire to get back there, eat a little too much fairy floss and buy that one show bag which has a few too many lollies.

So maybe it’s time to start saving for  next year’s show. After all it is a whole year away.

Matthew Dixon is a final-year Bachelor of Journalism student at La Trobe University and is part of upstart’s editorial team. His blog is called The Grumpy Mustache and you can follow him on Twitter: @matthewdixon23