The concept of fandom has existed for ages, but fans today are reaching new levels. 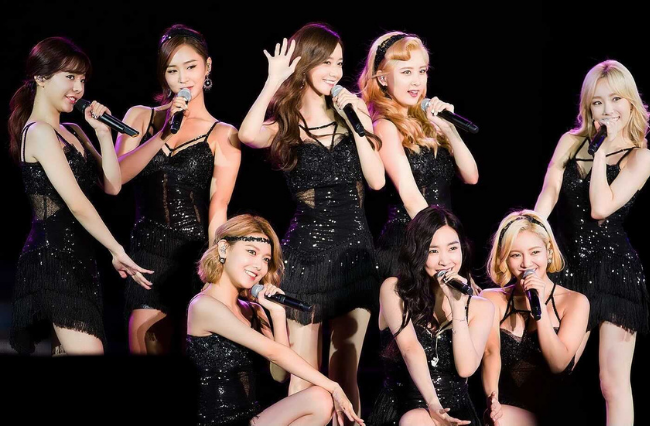 Everyone has a show, artist or book series that they are a fan of. But for supporters of the K-pop genre, what it takes to be a fan goes a little deeper than what is usually expected. This begs the question: What exactly does being a fan entail and what are the consequences that fandoms pose to both artists and their fans?

Fans of K-pop girl group, Red Velvet, are known as Reveluv. They have a name and an identifier that allows other Reveluvs to connect with each other, but often there’s more to being a fan than just that.

Fan culture can be considered to be part of participatory culture. Henry Jenkins, a media scholar who has studied the topic extensively, defines participatory culture as “one with relatively low barriers to artistic expression and civic engagement” among other things such as supporting fan creations and sharing creations with others.

Jenkins also said that members believe the contributions they make matter. They feel a connection with others in the group, and members with more knowledge or experience pass what they’ve learnt along to newer members.

What academics and sociologists recognise as modern-day fan culture originated with the Star Trek TV show of the 1960s. But Emeritus Professor David Rowe from Western Sydney University says that fan activity has changed significantly since the ‘60s due to the invention of the internet.

“Now, you have various groups [that] form [online]. And there is some status competition between them, who is the real fan? Who loves the group the most?” Rowe told upstart.

Rowe also says that fans, most notably in the K-pop fandom, now enlist other fans to stream the music videos – known as streaming parties – to boost YouTube views and to help their artists win music shows as well as to chart.

Working together to boost views isn’t the only thing that fans engage in. They also sometimes use it to engage in activism. Earlier this year in the height of the Black Lives Matter protests, K-pop fans hijacked various racist hashtags and flooded the tags with fancams and edits of their favourite artists. They also participated in the activity that saw a large number of pro-left activists order tickets to the Republican Tulsa rally back in June, resulting in lower than expected numbers.

Fans are known to go the extreme by sending other celebrities death threats, invading their privacy and bombarding them. In the K-pop fandom, “crazy, obsessive fans” are known as sasaengs, which comes from the Korean words “sa” meaning private and “saeng” meaning life.  These specific fans are known to be very common.

One particular sasaeng of the K-pop boy group 2PM wrote a letter using her menstrual blood to one of the members of the group, Taecyeon. In a different incident, while performing on stage at an event in 2011, Girls’ Generation member Taeyeon was pulled off stage by a sasaeng.

Natasha Elderhurst, a La Trobe University student and a fan of groups Ateez and Itzy, believes that the one potential reason for this behaviour is the way idols are marketed to potential and existing fans.

“The image of idols being ‘sold’ as such concepts being the ‘ideal boy/girlfriend’ is to reap the reward of secured support from fans by associating psychological factors behind the marketing with age, mindset, and mentality,” Elderhurst told upstart.

“The influence on such behaviour can twist topics such as ‘love’ and has been left to normalise and then deem a ‘stereotypical fan’ when it is an underlying psychotic toying, creating a harmful idea of affection”.

Some fan behaviour has even negatively affected some idols’ careers. When news came out in June 2014 that Taeyeon was dating EXO group member Byun Baekhyun, EXO fans began harassing her. As a result of the fan backlash, Taeyeon allegedly broke down and apologised to fans while travelling to Japan with Girls’ Generation for a concert.

Similar events have happened for other idols. When it was announced in January 2020 that Chen from EXO had a then-pregnant fiancée, some fans were quick to make petitions asking for Chen to be kicked out of EXO.

While idols speak favourably about their fans all the time, they also speak out against the sasaengs. GOT7 member Youngjae is just one of many idols recently who have openly criticised sasaengs, along with Seulgi of Red Velvet who had to tell fans to stop calling her during an Instagram live.

Speaking out doesn’t always stop sasaengs though. When Haechan, a member of NCT 127 criticised sasaengs earlier this year, they released pictures of him drunk.

While some fans act inappropriate, idols are thankful for the well-behaved genuine fans, by expressing their gratitude through writing songs or verbally giving thanks.

Sooyoung of Girls’ Generation wrote the group’s ninth anniversary song ‘Sailing (0805)’ for their fans with a sentimental message about the group’s journey from their debut in 2007 to the commemorative song’s release in 2016.

Along with the video’s release, there was a separate video with the eight members thanking their fans on the group’s entertainment company’s official YouTube channel.

“It’s all thanks to our fans that we’ve shared many unforgettable memories,” member Seohyun said.

Article: Imogen Howell is a second-year Bachelor of Media and Communications (Journalism) student at La Trobe University. You can follow her on Twitter @Imogen_Howell