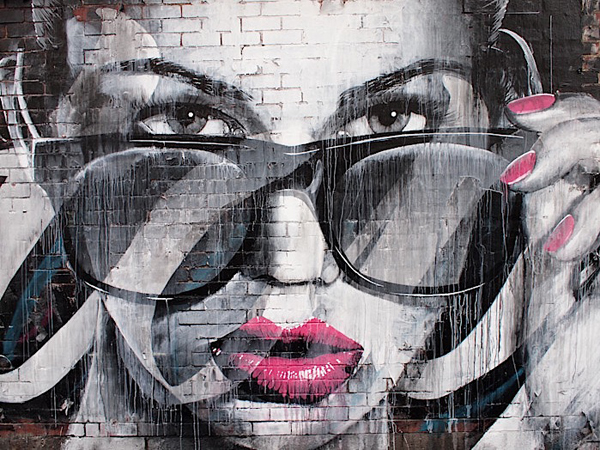 From the streets of Melbourne to London; New York and Tokyo, homegrown artist Rone is leaving his mark with his vibrant style, that has made him one of the predominant names in local and international street art. 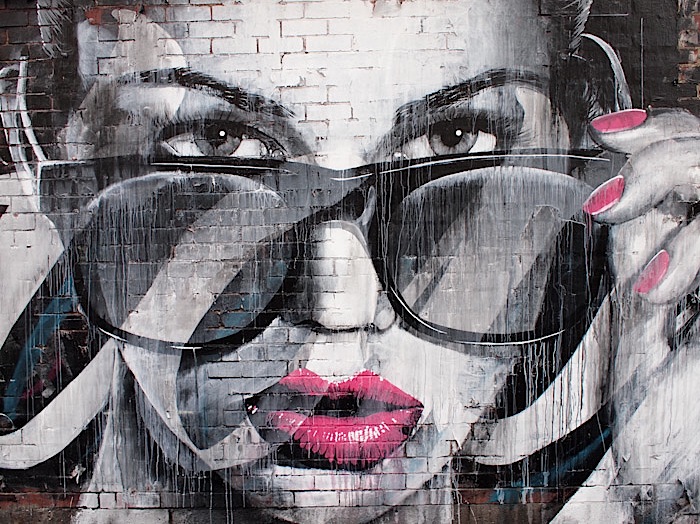 Rone credits his love of skateboarding as the catalyst for his career, saying that finding graffiti in abandoned locations while in search of the perfect spot provided such a rush, he and his friends started stenciling as they traversed the city.

His approach has changed drastically since those early days, with his current style encompassing portraits of melancholy girls, often in a close-up, almost raw fashion.

His most famous work, the image of a crying woman’s face, is featured at the National Gallery of Australia. Besides being his most successful piece to date, it was also featured in an internationally published book, which put him in touch with his subject after her son discovered it in Brooklyn, New York.

The most prominent and important feature in Rone’s work is the focus on close ups of the female face, showing a distinct facial formation; often devoid of traditional emotional stages, but rather the purer moments before or after – stating that expression can create the most powerful imagery.

‘It’s not trying to be sexy; it’s not kind of happy or sad. It’s a strong and powerful look, and I think it’s quite empowering to people who see it. It’s not clear-cut, when people see different things. That’s always cool, people can identify with it.’

‘I love buildings that are falling apart; the idea of putting a face on there that still comes through with the ugliness. You consider the beauty in it.’

After selling out his first Melbourne solo show in advance, Rone is gaining worldwide momentum, yet he is hesitant to take credit for his rising stardom.

‘Street art itself has become a lot bigger, rather than me becoming bigger. It’s a bit of a right place, right time.’

Rone credits high-profile street artists Banksy, Shepard Fairey and his own Everfresh group as inspirations, saying that the Shepard’s and the Banksy’s of the world have opened a lot of doors for himself and other street artists.

‘They’ve taken it to such a high level, and as a result, there’s a trickledown effect. People realise this is serious and to be recognized; it’s helped our own quest.’

And, despite having a strong understanding how incredible of an opportunity he has, Rone still doesn’t feel like he has a job.

‘I’ve got this ability to make a living from exactly what I want to do, so that to me is amazing. I couldn’t have dreamed of this.’

There are no plans for a solo exhibition this year in Australia, but he is in talks to taking part in festivals both here and abroad – with trips to South Australia and Canada on the horizon.

But, even if you can’t make it to Adelaide or Calgary for the exhibitions, keep an eye out for and odds are you’ll catch this exciting, talented young artist at work somewhere around Melbourne.

A full catalogue of Rone’s work can be found on his official website.

Mandi Santic is a 3rd year Bachelor of Journalism student. You can follow her on Twitter: @candidmandi.