Is vaping a cure for cigarette addiction or a sinister way to hook youths on nicotine? 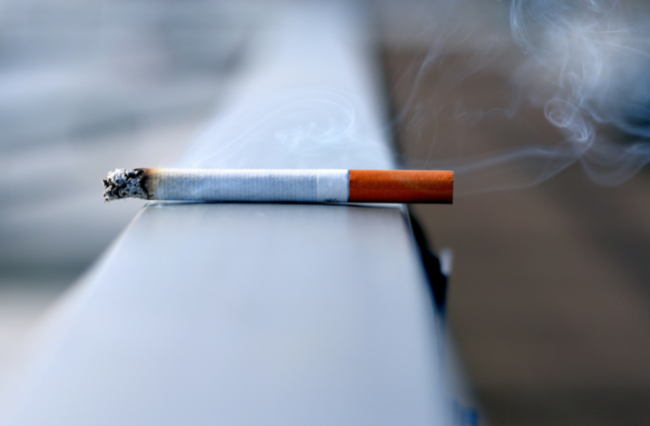 Historically, cigarette companies have been considered some of the most amoral companies on earth. They have been described as merchants of death, profiting from addictive products that kill more than 8 million people world-wide every year. They have been accused of engaging in tax evasion, lobby elected representatives to undermine public health regulation and some have even sued sovereign nations for anti-smoking legislation. But now Philip Morris International (PMI), the biggest multi-billion-dollar cigarette conglomerate on the planet, says they’re “leading a transformation in the tobacco industry to create a smoke-free future”, and ultimately replacing cigarettes with “reduced risk options”, new nicotine products, which they say are less carcinogenic.

But what was the catalyst for PMI to invest billions into this transition??

A new product has entered the nicotine market. E-cigarettes, a battery powered device that creates nicotine vapour instead of smoke, began to gain popularity around 2014. Vaping numbers globally are estimated to have increased from just 7 million in 2011, to almost 25 million in 2014. At the time, the adult smoking rate in the developing world was on the decline because of concerted tobacco control measures, but when Public Health England conducted a study that found vaping to be 95 percent safer than smoking, the trend was only spurred on further as more and more smokers started transitioning to vaping. In Australia, smokers are migrating rapidly from cigarettes to vaping. Vape users increased from 240,000 in 2016 to 520,000 in 2019, according to the National Drug Strategy Household Survey.

Board Director of Australian Tobacco Harm Reduction Australia, Dr Alex Wodak AM, and pioneer in leading drug harm reduction intervention and prevention, says Philip Morris International can see the writing on the wall.

“Their share prices are falling, the product they’re selling is declining, the number of cigarettes sold are going down,” he tells upstart.

Eighty percent of the 1.3 billion smokers worldwide live in low or middle-income countries, according to the World Health Organisation (WHO). The market for cigarettes is contracting in high-income countries like Australia, while it is still expanding in poorer countries. But Dr Wodak says cigarette companies know that it’s not going to last, and that the vaping industry is cannibalising the cigarette industry.

Vaping is considered the most common harm reduction option. There’s no tobacco, so there’s no inhalation of tobacco smoke or tobacco vapour. As well as cutting into the profits of cigarette companies, Dr Wodak says that in countries where vaping has increased in popularity, the smoking rate has decreased proportionately. Additionally, from a harm reduction perspective, he says this alternative to smoking is a significantly better option than the current quitting methods, which are limited in their success. According to WHO, without smoking cessation support, only four percent of attempts to quit tobacco will succeed.

“I’m very strongly in support of vaping. Not that non-smokers should commence vaping, but that people who already smoke who want to reduce their risk, or better still want to quit smoking, switch to vaping. That’s what I support, and that’s what all the supporters of vaping support,” Dr Wodak says.

The threat of vape products has forced Big Tobacco to get competitive and develop their own low-risk nicotine alternatives, which they call “heated tobacco”. PMI’s most popular heated tobacco product is called “IQOS” which heats tobacco to sub-combustible temperatures where the tobacco stick doesn’t burn but vaporises. The absence of tobacco smoke in these heated tobacco products is said to significantly reduce the risk of smoking-related diseases.

However, according to Tobacco in Australia, this research was funded by their manufacturers, like Philip Morris. Independent studies have found that heated tobacco products are still carcinogenic, highlighting a conflict of interest from industry-funded research.

“The situation has now changed, and the cigarette companies realise they can’t go on being completely dishonest and duplicitous, that they’ve got to now be honest, and everything they say or do will be examined under the microscope. If they keep telling lies, they’ll be found out immediately,” Dr Wodak says.

“A lot of it has to do with their intense hatred of tobacco companies, and who can blame them? Tobacco companies have made a fortune selling a product that they knew was killing a lot of people,” he says.

The Australian Government has taken a precautionary approach, noting evidence linking e-cigarettes to tobacco use and nicotine addiction, and the risks of e-cigarette use leading to future smoking in the young adult population. On 21 December 2020, the Therapeutic Goods Administration (TGA) announced a decision that from 1 October 2021, vapers can import up to three months’ personal supply of nicotine for personal therapeutic use in e-cigarettes with a written authorisation from a doctor.

Dr Becky Freeman, an established authority on the potential for tobacco companies to circumvent tobacco advertising bans through social media, says while vaping has helped many quit smoking, from a population health point of view vaping isn’t a “silver bullet”, and lower-risk nicotine products need to be regulated in a way that promotes smoking-cessation. 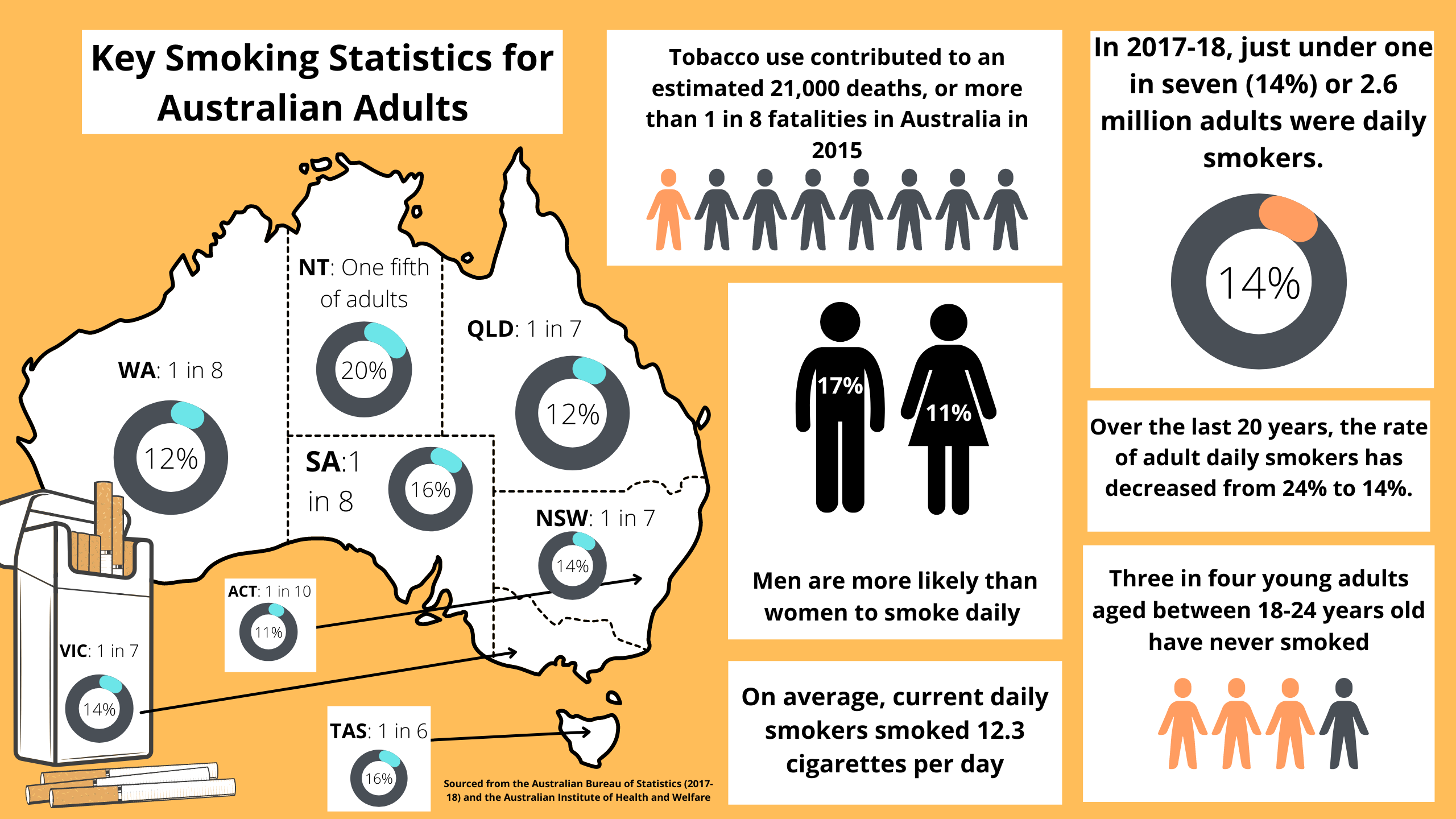 WHO has called e-cigarettes, and other novel and emerging nicotine and tobacco-containing products, such as heated tobacco products “the next frontier in the global tobacco epidemic”. And the Centre for Disease Control in the US has identified vaping as being targeted towards young people who have never smoked through marketing and flavours. According to WHO the tobacco industry invests USD$9 billion [AUD$12 billion] every year in advertising to replace the 8 million people their products kill every year.

“If they’re purely for smokers who’ve tried everything they can to quit and haven’t succeeded in quitting, and this is a product that’s going to help them — that’s their supposed line — then why do their marketing campaigns need to be aimed at young people?” Dr Freeman says.

“Why do we need such lax regulations for a product that is supposedly a miracle cure for smoking? And why does the tobacco industry continue to sell extremely harmful products like cigarettes and cigars and roll-your-own tobacco with wild abandon?”

Dr Freeman says the tobacco industry is still the biggest challenge for tobacco control experts and are responsible for driving smoking rates around the world while still pushing back against effective public health regulations. According to her research, tobacco companies do, and will continue to, play on the misconceptions around nicotine addiction and manipulate communication strategies and public health policy addressing tobacco control.

“When you look at what they say versus what they do, these products are just an addition. They’re to keep people in smoking, they’re to introduce customers to a lifelong addiction,” she says.

“We saw it with needle and syringe programs to slow down the spread of HIV among people who inject drugs … We saw it with many drug consumption rooms like we have in Kings Cross Sydney and North Richmond Melbourne.”

That’s the difference between harm reduction intervention and regulating something out of existence: harm reduction takes on an almost “enemy of my enemy” approach. Back in the 80s, Dr Wodak was very involved with efforts to try and slow down the spread of HIV via intravenous drugs. He observed that during the HIV epidemic, some drug traffickers would hand out clean needles because they didn’t want to see their customers “killed off”.

“Now, does that mean I should oppose needle exchange? Of course not, I was pleased that some drug traffickers – some of them – were handing out clean needles and syringes when they were selling street drugs,” he says.

“Fundamentally, it’s a battle between prohibition, people who support banning something completely, with people who say, ‘well we can’t get rid of this, but let’s try and make sure as few people get hurt as possible’”.

There are still around 3 million Australians who smoke, and because the existing smoking-cessation products are nicotine replacement therapies Dr Wodak says government and public health opposition to tobacco harm reduction through vaping “doesn’t make any sense”.

“Two out of every three long term smokers will die from a smoking-related cause, and the average smoker who dies from smoking loses 10 years of life, that’s a lot.”

“Pragmatism is an important part of harm reduction. You do what works, you want to reduce the health, social and economic costs of drug use and drug policy, and you do whatever you can to do that, at least I do.”

But with smoking-rates declining through tobacco control efforts, many health experts question whether it’s worth the risk to introduce vaping as a smoking cessation method at the risk of

“We don’t have great data in Australia – but it looks like vaping is going up in young people, which is a concern when you look at global studies that have been analysed together, young people who vape are more likely to go on to smoke,” Dr Freeman says.

“So, we do not want to see smoking rates start to climb back up in Australia. We’ve made incredible gains, it’s really unusual now for a young person to take up smoking, and we need to protect that.”

* Dr Wodak is not affiliated with Philip Morris International, or any cigarette companies in any way, nor is he on the payroll of any vaping manufacturers or advocacy groups.

Gianni Francis is a third-year Media and Communications (journalism) student at La Trobe University, you can follow him on twitter @GianniFrancis6

Photo: white cigarette stick on a white wall by Andres Siimon and used under a creative commons license. The image has not been modified.