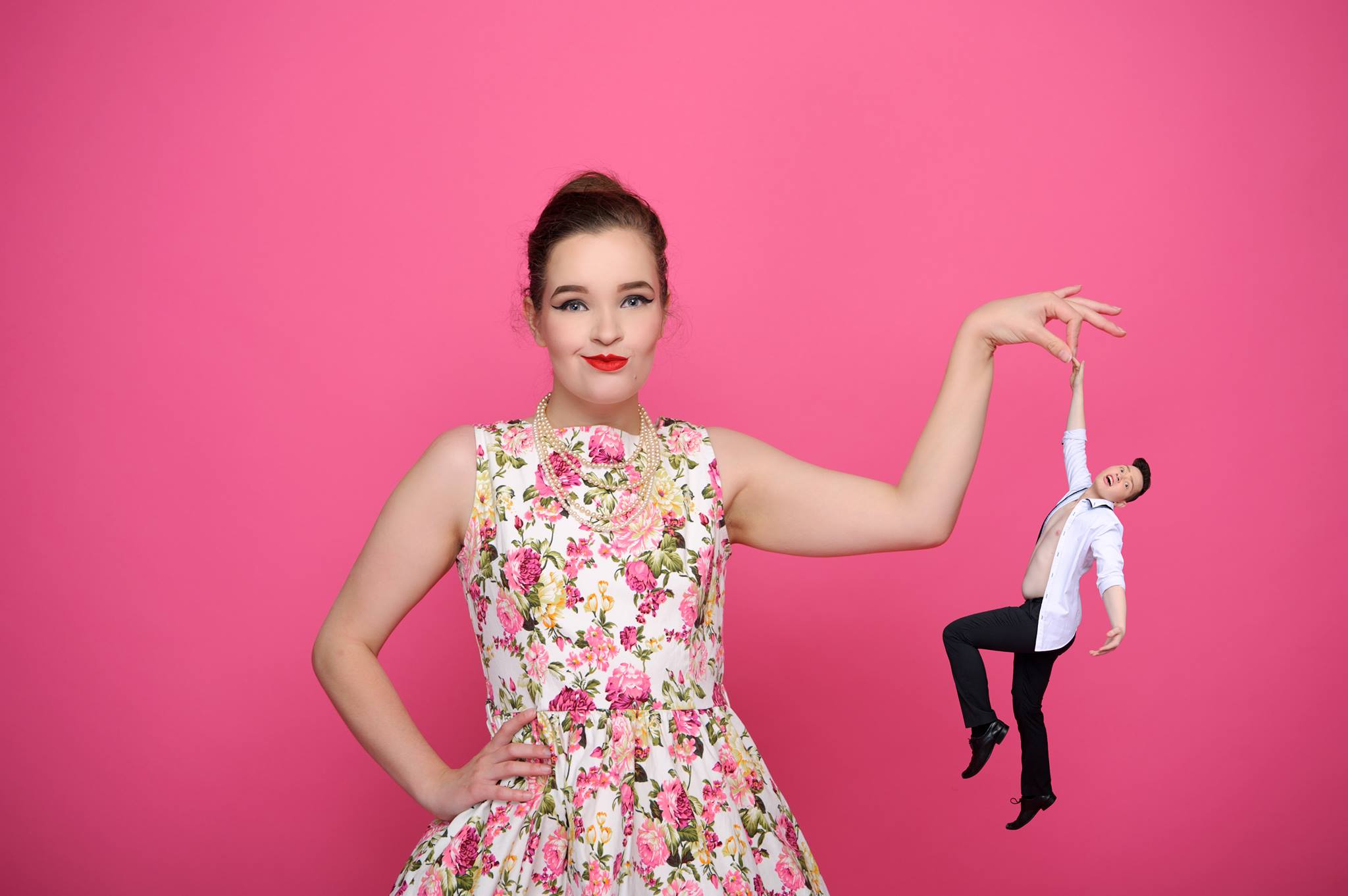 It’s been ten years since Vanity Fair published their infamous opinion piece by Christopher Hitchens – philosopher, journalist, writer – in which he claimed that women simply are not funny.

Other articles followed that one, such as this 2015 Vice piece explaining why it sucks to be a woman in comedy.

Despite these articles appearing every so often, in the last decade female comics, like Tina Fey, Amy Schumer, and Margaret Cho, have been rising in the ranks to become household names.

Women are writing and producing comedy, and are even starting to appear in ‘Hangover’ type movies – a genre traditionally dominated by male protagonists.

But despite such strides for women in the comedy world,  they still have to deal with people questioning their place in comedy and fight for their spot on the stage.

A look at the number of female headline acts that performed at the 2017 Melbourne International Comedy Festival demonstrates the problem:  only 23 per cent of these acts were women.

Alice Tovey was one of the female comics who did perform at the festival, with a show she wrote and performed with co-collaborator Ned Dixon.

Appropriately titled ‘Mansplaining’, the show was prompted by the rise of President Trump and the outpouring of sexism that followed.

“It was about that toxic masculinity, that male supremacy, that fragile ego and the nasty things coming out with the rise of populism,” she tells upstart.

Tovey riffs off politics, feminism, and privilege, but is not concerned that the political and feminist nature of her shows might put some audience members off.

“If you’re not willing to accept what’s going to go down in the show, don’t come. I don’t care.”

Tovey’s show sold out five nights in a row at the festival – a success for any comedian, especially one like Tovey who is only 23 years old.

Nonetheless, it raises the question as to why it’s so difficult to get more women into the festival, and why their ability to be funny is still being raised.

One person who did voice it was 3AW Drive host Tom Elliott who asked it during a talk-back segment mid-way through the festival.

When Tovey called in to address the question, Elliott accused Tovey of trying to shove her ‘feminist dogma’ down his throat – a response that Tovey says was of no surprise.

As to the low number of performers, Tovey says that it’s appalling that the people making the decisions in upper management assume that people don’t want to see women or people of colour or anyone who isn’t a straight white man.

“Don’t get me wrong, there are some wonderful comedians who are straight white men who do some fantastic stuff, but (it’s assumed) that people don’t want to see people who are challenging.”

“People like hearing someone’s opinion that’s a little bit different because they can broach those subjects with humour. It makes it a lot gentler rather than sitting down and listening to someone like me talking like this, having a bit of a go.”

Other than the belief itself that women aren’t funny, Tovey says that there is really no difference between men and women in comedy.

Stand-up comedian Aurélia St Clair agrees that comedians of any gender have to put in a ton of work to be successful, but has found that navigating the traditionally white male space as a woman of colour can be difficult.

St Clair started performing in local comedy clubs across Melbourne and regionally six months ago, sometimes in the same show as her comedian boyfriend.

St Clair says there have been some notable differences in how they are received by audiences.

“We did a gig together in Warrnambool where I was the only woman and the only person of colour on the line-up. At the end of the gig a few locals came up to me and were like ‘you’re so brave for getting up there, well done’,” she tells upstart.

“Obviously they didn’t say that to any of the guys. It just shows how people think about female comedians, especially in a country town where it’s like ‘girls don’t usually do this’.” 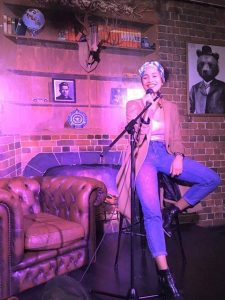 St Clair performing stand-up at a club in Warrnambool

The perception of what a comedian is – male, usually white – seems to be one that St Clair encounters frequently.

When she was completely new on the scene it was often assumed that she was there to watch the shows rather than to perform, despite St Clair saying otherwise.

“I’d be like ‘hey I put my name on the list’ (of open mic performers) and they’d reply ‘thanks for coming to watch’,”
she says.

Most popular comedy clubs are run by men and feature very male-dominant line-ups, and St Clair says there can be an unconscious bias when choosing a line-up.

This could be in part to the popular, though misguided, belief that women talk more than men, which may imply that more than a couple of women in an otherwise male line-up would become too female-dominant.

Despite this, St Clair believes things are continuing to change for the better for women in comedy thanks to the way we access media.

“Distribution for stand-up has changed a lot with Netflix, Stan, and other websites, so that means even if there’s a night where I was at some comedy and there were no women I can always jump online and watch one,” she says.

This new level of visibility for women in comedy is a vital point in opening comedy up to women because without role models, new generations of women are less likely to try and get into comedy themselves.

St Clair is one of those new generations who found herself inspired by women already up on stage.

“We saw a lot of comedy (in New York and LA) and I saw a lot of women of colour, Jewish women, black women, doing stand-up. That’s when I thought I should try it.”