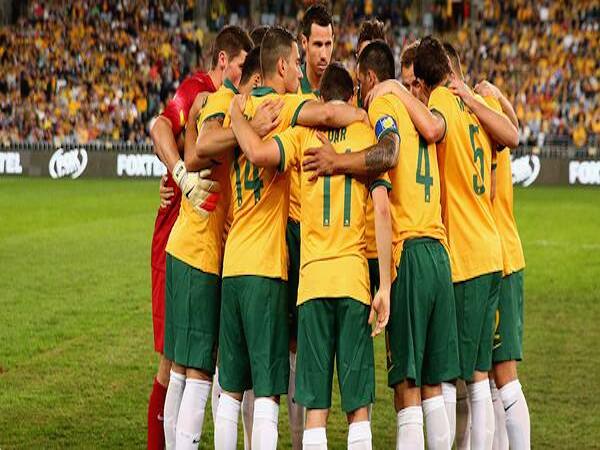 Australia opens its World Cup campaign in Brazil tomorrow morning and many are predicting a swift and brutal exit.

The Socceroos are the lowest ranked team to board a plane to Brazil – 62nd in the world – only managing to circumvent the qualifying stages through a last gasp Josh Kennedy header.

For many Australian observers there’s something amiss, or at least about to go missing, when they watch the next batch of Socceroos in Brazil.

Not to be negative, but in a group occupied by the likes of Spain (defending champions), Netherlands (2010 runners-up) and a South American dark horse in Chile, things could get very dark in the wee hours of the Australian morning.

To make matter worse, this certainly isn’t a team of the calibre of the 2006 side that teetered on the brink of an astonishing quarter final birth.

If we do go two, three – or help us – four down, don’t be ashamed to roll up into the fetal position and reminiscence on the better, golden days.

A John Aloisi penalty; a Tim Cahill double at Kaiserslautern; a Harry Kewell volley against Croatia; a marvellous Lucas Neill slide tackle against Italy. Well, maybe not that last one.

Kruse tore his anterior cruciate ligament (ACL) in training earlier this year and while he initially clung to the hope of a Lazarus-like recovery, it soon became clear the injury would sideline him from the World Cup.

Before the injury, the 26-year-old had enjoyed a breakout year, securing a move from Fortuna Dusseldorf to Champions League stalwarts Bayer Leverkusen. And in the first half of the season, he scored twice and set up another two goals.

Kruse’s compelling club form combined with his instrumental role in the Socceroos’ successful qualification made him the natural choice for Australia’s 2013 PFA Footballer of the Year.

Our best player isn’t even on the pitch in Brazil.

Put all social events, parties, gatherings, shindigs and box socials on hold for the forthcoming five weeks. They can wait, you won’t miss them; but one thing you’re sure to miss out on is some sleep.

If you see a fellow colleague or co-worker with red bloodshot eyes, don’t be alarmed, they’re just your standard Australian sports patriot. In fact, if you look closely enough, the shade of red may resemble that of that found on the union jack.

Our 8.00am opener against Chile won’t worry many early-risers, but consecutive 2.00am games to the Netherlands and Spain is bound to sort the wheat from the chaff.

The answer to the Sandman’s relentless riddle: caffeine – and copious amounts of it.

Even the most optimistic Socceroos supporter would have doubts about our ability to find the back of the net in Brazil. However that’s not to say it is impossible, just unlikely.

Talisman Tim Cahill has shown himself capable of cultivating something from nothing, but can we rely on the 34-year old to bob up once again?

Spain possess a rock-solid defence and the Netherlands are efficient enough. It is the Chilean back three where the Aussies will have their best chance to score.

But perhaps the bigger question is can we steal a point? And against who is our best chance to do so? Possibly the Netherlands. Nevertheless, it may have to be a scoreless affair in Brazil.

Please don’t miss the point of the World Cup in Brazil.

Whether Australia progresses beyond the group stage or otherwise isn’t an excuse to label this team as a ‘disappointment’,  a ‘failure’ or worse an ‘embarrassment’.

Each member of Ange Postegcoglou’s 23-man squad knows they’ve been selected to represent a proud nation and will give their all.

Australia is a relatively young football nation – this will be our fourth appearance in the World Cup – and with every year that passes our A-League gets better and better.

Besides, the World Cup is not all about Australia.

This event is about quality football and, regardless of national allegiance, culture or creed, we can all appreciate that.