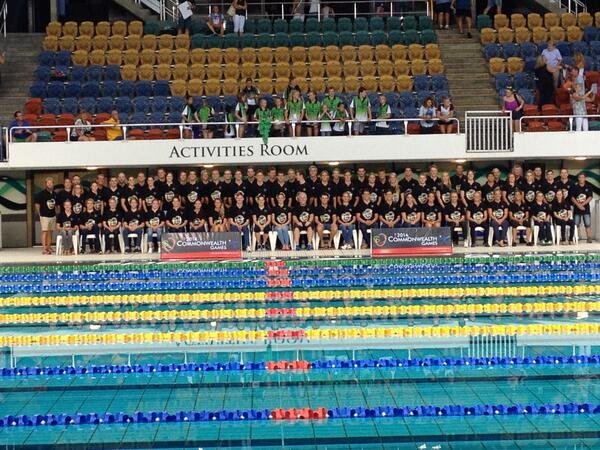 The reputation of Australian swimming has been elite for so many years.

From Olympic Games to World Championships, Australia has gone into events with quality athletes and a superior level of professionalism.

However the London 2012 Olympic Games severely compromised this and witnessed a lower than expected medal tally.  And various incidents that led to a female swimmer saying a “toxic culture” was developing.

With the Glasgow 2014 Commonwealth Games fast approaching there seems to be a refreshed look about the squad that was announced on April 6.

But how did a “toxic culture” develop from one of Australia’s most successful sports?

An overconfident James Magnussen told the swimming world to “brace yourselves” during the 2012 Australian Swimming Championships.

The infamous ‘Stilnox Six’ were officially warned for breaching team rules and told that future violations would lead to ineligibility for the Rio 2016 Olympic Games.

And Emily Seebohm was uncontrollably distraught during a press conference after winning a silver medal.

This all portrayed a lack of team leadership and inadequate administration which led to an independent review, 2013 Bluestone Edge review, following these events and the London 2012 results.

The review was specifically designed to critically analyse the administration and high-performance activity of Swimming Australia (SA).  It would then put forward appropriate recommendations in an effort to combat the slide in performances.

There were 35 recommendations identified in the report including addressing athlete culture, improving the role of sport science and reviewing the organisational structure.

“I think every organisation needs to have the tree shaken at times,” Former coach Leigh Nugent told The Australian last year.

Australian swimming’s funding has taken a hit based on information from the Australian Sports Commission’s (ASC) ‘Winning Edge’ strategy and the 2013 Bluestone Edge review.

But this is more than money. The SA body and its athletes have worked extremely hard since London 2012 to restore their culture.

High-performance strategies have been implemented and the hard work from the last 12 months has seen improved performances.

The Australian Swimming Championships, which concluded on April 6, saw 59 athletes qualify for the Glasgow Games that starts July 23.

Australia is expected to claim between 53 and 55 swimming medals.

Although it would be pleasing to win as many medals as possible, the key is to ensure that the new, positive culture is established.

SA’s high-performance director Michael Scott believes it will be “challenging” to satisfy the current medal expectations.

Scott told the ABC that the rebuild of Australian Swimming is more about team ethos.

“We have a long way to go but it’s positive that we are moving forward in creating a new team dynamic,” Scott says.

The 2014 Glasgow Commonwealth Games is Australian swimming’s chance at redemption. London 2012 could well have been the wake-up call swimming needed.

Sean Munaweera is a third-year Bachelor of Journalism (Sport) student at La Trobe University, and is a staff writer for upstart. Follow his Twitter: @sean_muna.