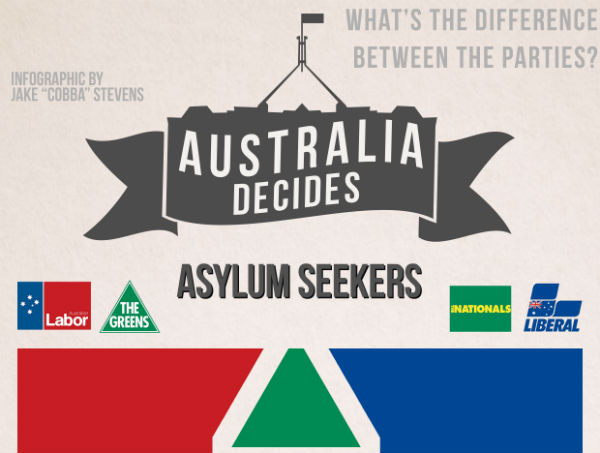 Confused by some of the double-speak and would-be facts so far in the campaign? Well, we have the cure. Jake Stevens will be breaking down some of the key issues into colourful info-graphic form over the final fortnight of #AusVotes 2013. In the final edition, asylum seekers.

Jake Stevens is a first-year Bachelor of Journalism (Sport) student at La Trobe University. He also runs a blog for his infographics. You can follow him on Twitter:@CobbaStevens