Tuan Le's own experiences have compelled him to campaign for asylum seekers and promote tolerance in Australia. 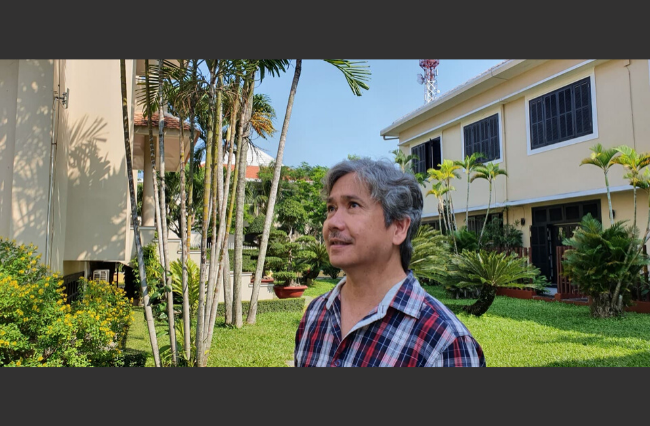 It may have been almost 40 years ago that Tuan Quan Le left his homeland of Vietnam to escape persecution, yet his memory of departing as an 18-year-old on a rickety canoe is like yesterday.

Fleeing the city of Can Tho by boat was the only option for Tuan and his brothers to receive a second chance at life. This journey wasn’t easy, especially when the trio became separated at sea.

Tuan’s older brothers were assigned to a bigger vessel, in charge of ensuring that all the other smaller boats followed in its path. Meanwhile, Tuan was stranded on a smaller canoe with two strangers.

As they rowed out to sea, the bigger boat disappeared from sight. The two men with Tuan grew agitated, thinking they had been deserted or that some conspiracy was playing out against them.

“They threatened to kill me because they thought my brothers [had] left [us],” Tuan tells upstart.

Tuan and his brothers had been forced to flee their beloved home after the Northern Vietnamese communist regime won the Vietnam war and reunified the country in 1975. The American army were enemies of the communist forces and therefore, punished anyone who had any previous connections with them and their allies. Tuan’s family fell into this category, and his father was forced to work in the jungle as a result. The poor conditions of the jungle exposed Tuan’s father to significant health risks. He contracted malaria and died at the age of 50.

“The crisis of the Vietnamese refugees in the late 70s and early 80s was horrific. Hundreds of thousands of so-called boat people died in their attempts to flee the country,” Tuan wrote once in a letter that was later posted to iamaboatperson.org.

After a long and treacherous journey across the sea, Tuan was reunited with his brothers. They received their first taste of freedom upon arriving in Malaysia. The Le children remained at Pulau Bidong, an island very similar to that of Christmas Island, for a short time before moving to Kuala Lumpur for a transit scan. Soon after, they were legally granted permission to live in Australia.

Rebuilding his life in Australia, Tuan was finally given a chance to fulfil his dream of applying for university.

“Learning the language, it’s extremely difficult when you are over [the age of 15] and you still have that strong [Vietnamese] accent,” Tuan says.

“This is a great country and I wanted to make something for myself. I did not want to look back.”

From an early age, Tuan had established a passion for music. This carried him through some of his toughest times. It was a talent that he cherished and one that he later taught the current generation. However, Tuan’s pathway towards music education was initially uncertain. In early 1981, Tuan intended to further his education through tertiary studies, but due to his Southern Vietnamese background, he was forbidden from attending university.

In Australia, Tuan was able to return to his love of music, studying music performance at the Western Academy for Performing Arts (WAAPA) for two years, before being accepted by Melbourne University to complete his Bachelor of Music Education. Graduating from his degree was an achievement, however, he was yet to realise that even more challenges were to arise in his teaching career.

Tuan’s first teaching job was at Hoppers Crossing Secondary College in the 1990s. Throughout his time there, he encountered adversities that came with being of Asian descent in a predominately white area.

“I copped racial abuse. I was one of the first Asian teachers there,” Tuan says.

“I think some of [my colleagues] found it quite uneasy working with me.”

Gradually, Tuan became more accepted by the community, beginning to feel as if he was “part of the furniture”. This was his life for 15 years before moving forward with his career at other schools.

“I am a teacher so who’s going to do it?” he says. “I do stand up for lots of issues that we’re facing in society because I feel obliged to do it, especially when it comes to refugee issues [and] human rights, so I make sure my voice is heard.”

Along with the teachers at his current occupation at Copperfield College Sydenham, Tuan attends rallies around the country as part of the group ‘Teachers for Refugees’. Tuan also contributes by writing and posting articles on their Facebook page. Tuan is saddened that there is still a stigma surrounding refugees and asylum seekers in Australia.

“Australia is uniquely racist,” he says. “They accept you, they tolerate you, but sometimes if you don’t behave the way they want you to behave they can be very racist towards you.”

In his letter, Tuan describes the need to show compassion towards those who have experienced the trauma of fleeing persecution. He emphasises that if we can change the attitude that society has towards those seeking safety and asylum, younger generations will then follow that pathway towards acceptance of other cultures.

“I think young people are the future and I will always love working with young people in the hope that I can make a difference to their lives overall and maybe the way they think about the world,” he said.

Article: Rebecca Borg is a second year Bachelor of Media and Communications (Journalism) student at La Trobe University. You can follow her on Twitter @rebeccaaborg.