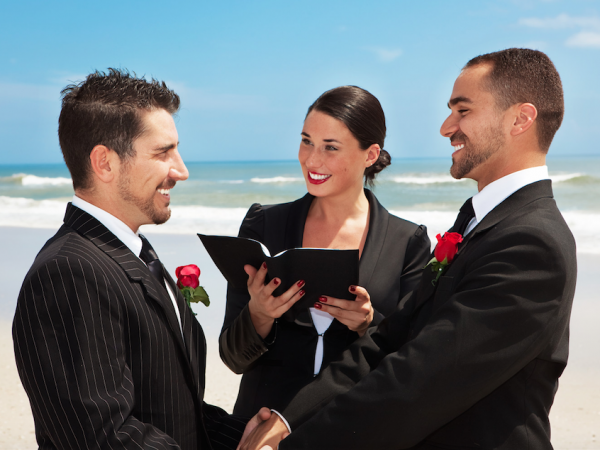 Marriage equality advocates believe Australia could be on the brink of legislating same-sex marriage.

The latest Australian Marriage Equality (AME) figures indicate Australia would only require a few more votes to allow the bill to pass in parliament.

According to the figures, marriage equality support could already have a one vote majority in the Senate, and require only four more votes in the Lower House to have a clear majority.

In the Senate, thirteen liberal members and the cross bench have indicated support, eight of them privately.

In the House of Representatives, fifteen Liberal National members have publicly declared their support and five more told AME in private.

Currently, Liberal MPs are bound by party vote, but there is mounting pressure on Prime Minister Tony Abbott to grant his ministers a conscience vote.

A successful bill would be contingent on a genuinely free vote for coalition members.

Rodney Croome, National Director of AME, said: “It’s untenable for a party to continue to bind its members to an oppositional stance, when more and more of them support the reform.”

The latest figures from AME came just days before Ireland, one of the world’s most catholic countries, voted to legalise same-sex marriage through a national referendum.

With the US Supreme Court likely to support same-sex marriage in its decision next month, the Australian government risks being left behind the rest of the western world if it continues to block marriage reform.

Deputy Director of AME Ivan Hinton tells upstart that there is a distinct possibility that marriage equality could be achieved during this term of government.

“The global landscape on marriage equality is shifting very quickly,” he says. “It would be a brave MP who would use their vote to stand in the way of a reform that everyone acknowledges is only a matter of time.”

Prominent politicians have voiced their support for marriage reform, with Chris Bowen, Ed Husic and Bernie Ripoll publically declaring a change of mind.

Former treasurer Wayne Swan, who was opposed to marriage reform whilst in government, has since admitted his stance was “wrong”.

“I found it increasingly difficult to reconcile my position on social equality with my opposition to gay marriage,” Mr Swan told News Corp.

He said Australia would legislate same-sex marriage sooner rather than later, suggesting “the only real impediment is the refusal of the Liberal Party to grant the conscience vote”.

Liberal senator Zed Seselja voiced support for a same-sex marriage referendum following the result in Ireland but the prime minister has since ruled this option out, suggesting it’s a matter for the federal parliament.

In Australia, 72 per cent of people support same-sex marriage, a greater percentage than in some countries that have already legalised it.

“The Liberal party must at least allow a conscience vote if it is to reflect public opinion on this issue,” Croome said. His view is shared by 77 per cent of Australians.

Many of our closest allies including the UK, New Zealand and Canada have already legalised same-sex marriage. Many Australians have travelled abroad to marry in these countries despite the union not being recognised upon return to Australia.

Hinton asserts the only difference between Australia and countries that have adopted marriage equality is that the GLBTQIA community feels more included in countries where they can get married.

“They feel like they’re part of a broader story, as opposed to being on the margins,” he says.

“One of the reasons marriage equality is so valuable is because of the dignity, joy and the sense of place and inclusion it’s going to provide gay citizens.

“They should have the right to celebrate their relationship on an equal footing with every Australian.”

Despite having a gay sister, Prime Minister Tony Abbott has been strongly opposed to marriage reform, declaring marriage a matter of “definition“.

In 2013, however, the High Court of Australia affirmed that the definition of marriage had changed to include same-sex couples, and the only thing stopping it was a lack of political will.

Abbott’s sister, Christine Forster, who is a Sydney City Councilor, has ramped up pressure on the PM, urging the Liberals to allow party members a conscience vote.

With political and social pressure coming from all angles, Hinton says it’s “only a matter of time” before marriage equality is legislated.

“The biggest choice that MPs and senators are going to be making imminently is if they’re going to delay this reform – not stop it but delay it,” he says.

“They’ll need to decide if they’re going to be responsible in the history books for delaying what is obviously inevitable.”