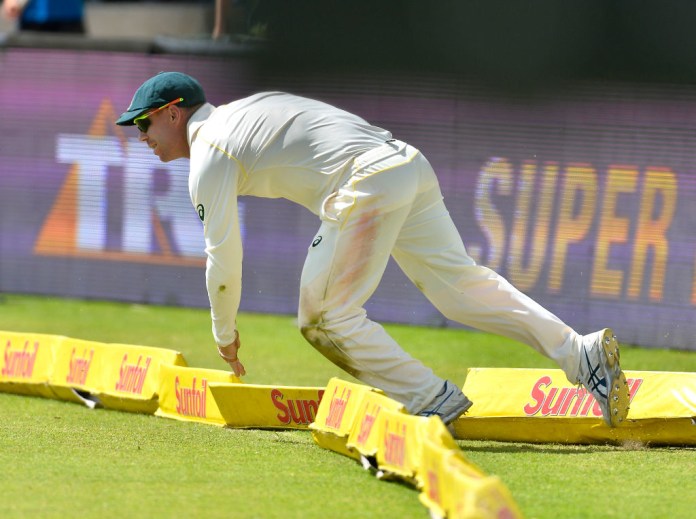 Reports from the Sydney Morning Herald have come out stating that if David Warner had not been banned from international play following the ball-tampering incident last year, the bowlers would have boycotted the following fourth test against South Africa.

The publication said, “multiple sources have confirmed that star bowlers Mitchell Starc, Josh Hazlewood, Pat Cummins and Nathan Lyon were intending to withdraw from the fourth Test of last year’s infamous series if Warner had been free to play.”

Warner had been considered the architect of the plan following an investigation by Cricket Australia which resulted in him never being considered for a leadership position for the remainder of his career.

“All three were suspended before the Johannesburg test so it’s unknown if the bowlers would have followed through with their threats. Nevertheless, the revelation highlights the extent of the fracture within the dressing-room in the immediate aftermath of one of the most damaging events in Australian cricket history” the report said.

Following their 12-month bans being lifted by Cricket Australia, both Warner and former captain Steve Smith met up with the current Australian team in Dubai earlier this month. Their future on the team and what roles they will take are still uncertain.

Tim Paine, Mitchell Starc and Josh Hazelwood were not present for the meeting in Dubai.

“They were probably as nervous as anyone coming back into the group. You’d think guys with 20-odd test hundreds would just come back in, but it is a different time and they have been out for quite a while,” he said.

These reports come after Australia beat Pakistan convincingly by 80 runs, taking a three-game series lead and clinching the series win. Including their recent comeback series win in their tour of India, Australia is on a six-match winning streak, a streak that hasn’t been achieved since the team won the ICC ODI World Cup in 2015.

Falling short of that record, Finch only needs 28 more runs in the final two matches to eclipse Warner for most Australian runs in a five-game ODI series.

Smith and Warner are expected to rejoin the international team and be included in the 2019 World Cup side before the deadline of 23 April 2019.

During Smith and Warner’s bans, the team has stepped up in their absence notably in their six-game win streak.

While there are plenty of questions ahead of the World Cup selections but the Australian team will remain the same for the Pakistan series. Australia and Pakistan will play their fourth ODI match tonight at 10:00pm AEST in Dubai.

Photo: South African batsmen accuse David Warner of Ball Tampering by real cric how available HERE and used under a Creative Commons Attribution. The image has not been modified.