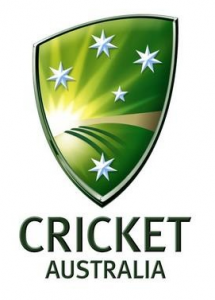 It’s hard to believe, but the Australian cricket season is knocking on our doorsteps just waiting to bust out of hibernation.  It promises to be another fantastic season, with Queensland and South Australia the defending champions in the four-day and one-day comps respectively.  Here’s a look at the six state teams and their chances for the coming season:

NSW Blues: There has always been a lot to like about the Blues.  They’ve had the likes of former Australian opener Simon Katich and current Aussie Captain Michael Clarke ascend their ranks.  The majority of their bowling attack is aged under 26 and still needs experience, while their batting stocks are supplemented with a mixture of top order batsman and all-rounders.

Who to look out for: Nic Maddinson, Peter Nevill and Josh Hazelwood loom as the next big things, and all still have plenty of years ahead.  Opening batter Maddinson has two centuries to his name in just a handful of matches.  Peter Nevill is fast becoming the first choice keeper after transferring from Victoria, and Josh Hazelwood took 30 wickets in his first 10 first-class matches.

Queensland Bulls: The 2011/2012 Sheffield Shield premiers have another strong side heading into the new season, and they have the ability to contest for more silverware this summer.  The Bulls have an excellent balance of youth, experience and players who have represented Australia.

Who to look out for: Peter Forrest, Alastair McDermott and Ben Cutting are fast becoming extremely good cricketers.  Forrest hit a one-day century for Australia in just his fourth game, and is a handy top-order batsman, while McDermott, son of former Australian bowler Craig, snared 28 wickets in five Shield matches last season.  His ability to tear through opposition line-ups made him a no-brainer selection after the Christmas break of 2011.  After suffering an injury before the Christmas break last season, Cutting will be looking to re-establish a regular spot with the Bulls, and possibly push for national selection, which McDermott is on the verge of.

South Australia Redbacks: The Redbacks had the most fluctuating 2011/2012, winning the One-Day competition despite not winning a single Shield match.  The 2012/2013 aim should be to find a consistent and steady line-up, and partnerships which will hold them together, as they seek to improve last season’s Shield placing.

Who to look for: Daniel Christian, Tom Cooper and Kane Richardson are some of the Redbacks’ biggest names.  Christian has the ability to hit a ball and have it stay hit, and is also a handy part-time medium-pace bowler.  Richardson showed there is potential just waiting to blossom while playing for the Adelaide Strikers’ T20 team last season, while Cooper is a young gun who with experience, will take on a leading role in the coming seasons.

Victorian Bushrangers: The Victorian outfit has only once dropped below fifth in either competition over the past five seasons, thanks mainly to an extremely all-rounded team oozing talent.  A drop in form late last season stopped any chance of finals, but that could be all set to change this season.

Who to look for: Rob Quiney, Peter Handscomb, Aaron Finch and Will Sheridan.  While there is a swag of bowlers to choose from when fit, all-rounder Sheridan broke onto the scene last season, grabbing a five-wicket haul early, before an injury ruled him out for the rest of the season.  Handscomb burst onto the first class scene with a score of 113, and at just 21, looks set to compete heavily with Victoria’s other keeper Ryan Carters. Quiney and Finch are batting dynamos.  Finch has begun to break into the Victorian side, thanks mainly to his bashing batting style. Quiney, though five years older than Finch, is in the same boat, and these two look the likely heroes to lead the runs tally this season.

Western Australia Warriors: Similar to the Redbacks, the Warriors came along in leaps and bounds in 2011/2012.  The tight nature of the Australian domestic comp makes each season extremely difficult.  That said, if the Warriors can string together a series of wins, then within two years they will possibly grab a premiership.

Who to look for: Liam Davis, Nathan Coulter-Nile and Mitchell Marsh.  Coulter-Nile has a very real possibility of being selected for the Australian side.  His form for the Perth Scorchers in the T20 suggested that his medium-fast pace flummoxed some batsmen.  Liam Davis had a breakout season, amassing over 900 runs, including a triple century.  Expect him to lead the batting charge with captain Marcus North. Mitchell Marsh turns 21 in October, and has 22 wickets in 17 first class matches.  A regular spot this year could see him bolster both the batting and bowling stocks.

Tasmanian Tigers: The most consistent team in 2011/2012, certainly in terms of placings, are well positioned to stay near the top of the ladder in both forms of the game. Missing out only by net run-rate on a countback in last season’s one-day final, the Tigers will be looking to go one better.

Who to look for: Luke Butterworth, James Faulkner and Jackson Bird.  Bird had an outstanding last season with both the Melbourne Stars and the Tigers, and took home the award for most wickets in the Sheffield Shield.  Faulkner is a wily left-arm pacer who is also a very handy batsman, and will prove an enormous benefit in the middle order.  Butterworth is in the same position, but his eight years at Tasmania have yielded limited opportunities.  Expect to see fireworks from him this season.

One more to watch is Ed Cowan.  After a handful of starts in the Australian test team, it will be interesting to see if he can replicate the form that first touted him as a potential selection.

Davis Harrigan is a first-year Bachelor of Sports Journalism student at La Trobe University.  You can follow him on Twitter: @Davis_Harr and read more of his work at his blog: http://alljournalism.wordpress.com/