Torres Strait Islanders will be visiting the UN to fight the climate inaction of the Australian Government. 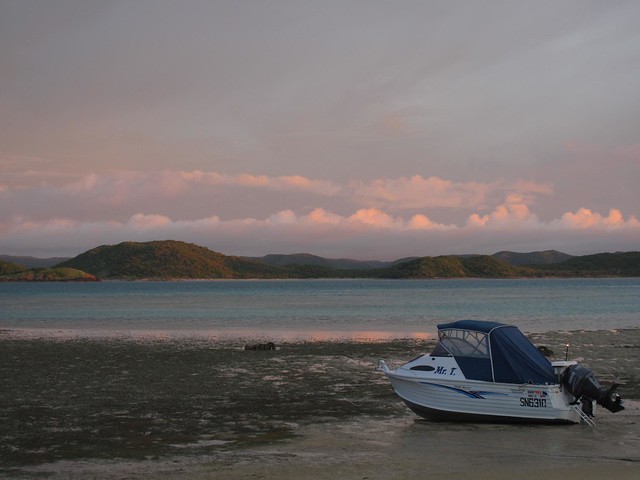 A group of Torres Strait Islanders are going to the United Nations [UN] accusing the Morrison Government and its climate inaction of violating their fundamental right to maintain their culture.

The group will be lodging an official complaint on Monday with the UN Human Rights Committee in Geneva, Switzerland.

They argue that the government’s failure to cut emissions and build defences such as sea walls has violated their human rights. They claim they are losing their home to rising sea levels.

Eight islanders are making the complaint, including Kabay Tamu, a sixth-generation Warraber man.

“When erosion happens, and the lands get taken away by the seas, it’s like a piece of us that gets taken with it – a piece of our heart, a piece of our body. That’s why it has an effect on us. Not only the islands but us, as people,” he said.

“We have a sacred site here, which we are connected to spiritually. And disconnecting people from the land, and from the spirits of the land, is devastating.”

The complainants have created a petition demanding a string of commitments from the government.

The commitments include creating laws that will assist with the Paris Agreement and meeting the 1.5 degree target, increasing the emissions reduction target to 65 percent below 2005 levels by 2030, going net zero by 2050 and phasing out coal.

They are also seeking a minimum $20 million investment for protective infrastructure such as sea walls and to help islands adapt so they remain habitable.

The islanders’ action is supported by environmental law charity ClientEarth.

This is the first climate change litigation brought against the Australian Government based on human rights and the first legal action brought by people of low-lying islands against a nation state, worldwide.

Sophie Marjanac, a lawyer with ClientEarth, explains the human rights infringement to the New York Times.

“They are losing everything — they can’t just pick it up and go somewhere else; their culture is unique to that region,” she said.

“If Indigenous people are disposed of their homelands, then they can’t continue to practice their culture.”

The Gur A Baradharaw Kod [GBK] Sea and Land Council is the peak native title body for the Torres Strait region.

GBK chairman and Yam Island traditional owner, Ned David highlights the urgency for the Australian Government to act for the rights of the Torres Strait Islanders to their culture, homelands, history and future.

“We extend an invitation to Australia’s next Prime Minister, whoever that is after this week’s federal election, to visit our islands, see the situation for themselves and commit to protecting First Nation peoples on the climate frontline,” he said.

The rising seas are threatening homes and damaging burial ground and sacred cultural sites. With the Torres Strait Islands located at the top of the Great Barrier Reef, there are risks posed to endangered species, including turtles and dugongs.

While the UN cannot enforce the government to take action, those making the complaint are hoping it will put pressure on Monday’s newly-decided government.

Photo: Camping_2978 By @sbamueller available HERE and used under a Creative Commons Attribution. The image has not been modified.