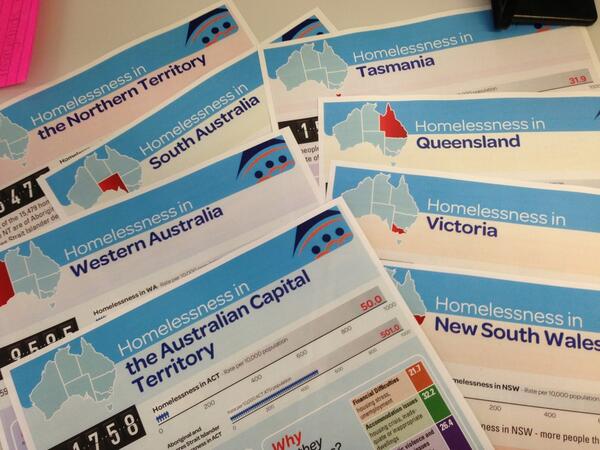 Life as a university student often includes the inability to afford student night drinks or perhaps a late-night McDonalds run. As a result, it has become easy for us to overlook those in the community in dire financial straits.

It is estimated that on any given night, approximately 105,000 people are homeless across Australia.

In Melbourne there are homeless people everywhere. When spending time in the CBD, you will find yourself surrounded by people living below the poverty line. Yet for some reason, Australians are substantially more inclined to help the plight of people across the globe charitably, rather than those populating our very own train stations and inner-city alleyways.

With foreign political issues and major catastrophes frequently highlighted in the media, it is difficult to concentrate on Australia’s own social problems. Too often, international problems feature more prominently than local issues.

The problem of homelessness could potentially be solved in first-world countries, if we collectively worked to accomplish something constructive and pragmatic in terms of helping the needy.

In regards to foreign poverty, the Australian government has promised 70 cents out of every one hundred dollars of Australia’s national income to go towards ending poverty across the globe by 2020. This amount seems quite small in the scheme of things, but think about how much smaller that amount would be to just end the poverty issue in Australia. If these promises can be made to solve problems internationally, even smaller promises should be made within our own country.

A variety of scenarios can combine to force someone into homelessness: domestic and family violence, housing stress, addictions, unemployment, debt, disability, blacklisting, financial difficulties or relationship breakdowns can all be factors.

The Australian Bureau of Statistics found 105,237 people were homeless at the time of the most recent census.

56 per cent of these people were male and 44 per cent female; 60 per cent were under the age of 35, and 25 per cent were Aboriginal or Torres Strait Islanders, plus another 30 per cent who were born overseas.

Since the 2006 census, the rate of homelessness has risen more than 17 per cent; a substantial increase if you consider the government claims they are trying to combat the issue.

Why has this number increased at all, let alone so significantly?

While it would be easy to lay the blame for the increase at the feet of our respective governments during the abovementioned time period, as citizens we have to bare some of the brunt.

We often turn a blind eye to this crisis, despite witnessing it first-hand on a regular basis.

Former Prime Minister Kevin Rudd claimed, “a country like this should not have this problem, so large and longstanding, without being addressed, it’s time we had a decent solution to this problem that has been around for a long time”.

There are countless support networks, housing and access plans, advocate groups and assistance services across the country, which are currently working towards a homeless-free country.

But, we still need to realise this is a community-based predicament; we all need to realise a donation of any size, or helping hand of any sort, could be the catalyst to spark the change our country desperately needs.

So, rather than racing past the vendor selling The Big Issue, chip in the required gold coin, rather than blatantly ignoring sales pitch. It mightn’t seem like much, but it can make an immediate impact. And, hopefully, it leads to further change.

Laura Buyers is in her fourth-year at La Trobe University, currently completing a Bachelor of Media Studies degree.