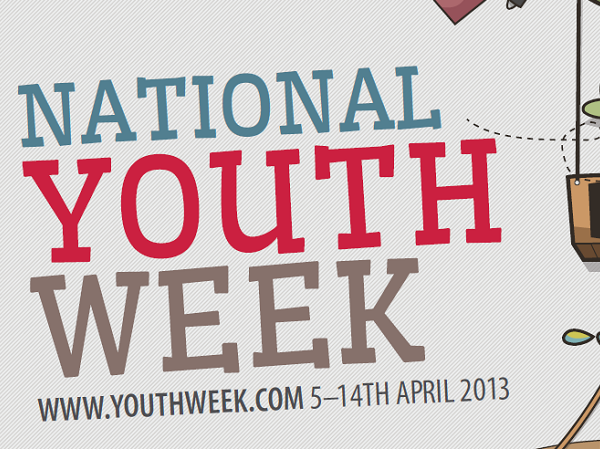 This year’s National Youth Week (NYW) runs from April 5-14 and is all about giving young people a voice. Over 250,000 people are participating in the event, which involves everything from the National Youth Awards to workshops building on leadership skills.

It is a week organised predominantly by young people, for young people, recognising their achievements and contributions to society. While, there is a lot of focus on the positives, it also addresses problem areas amongst Australia’s youth.

Twenty-seven year old Rachael Bettiens is heavily involved with her community in Darwin. After going without alcohol for a year as part of Hello Sunday Morning (HSM), she was inspired to do something more with her life.

During NYW, Bettiens will attend speeches held by YChange?, a group committed to changing the culture of binge drinking in youths.

“Having taken a year off drinking myself I understand the difficulties in being sober out and about – peer pressure, not fitting in and finding yourself excluded from social events – I want to help others to combat these and encourage young people to think about their alcohol consumption,” Bettiens says.

The media loves to spotlight negative issues, like youth binge drinking and alcohol-related violence, which is why Bettiens believes the NYW is much needed – to shine light on many of the good things that young people do that go largely unnoticed.

“There can be so much negative media around Australia’s youth and you don’t hear often enough good news stories. When a group of ‘youths’ are referred to it’s often in a negative light. The fact is that there are so many young Australian’s doing huge things in their communities. They’re doing things to better themselves and the lives of others,” she says.

As the community manager for Hello Sunday Morning, a team member of the Skin Deep Project and a volunteer for a children’s charity Variety, Bettiens experiences first-hand what young people are capable of.

“This year, Skin Deep member and close friend, Jess Cullen, was a finalist for the Excellence in Youth Leadership award at the NT Young Achievers Awards. It was amazing to attend the Awards and be inspired by all the amazing things that are going on in our local community,” says Bettiens.

The official National Youth Awards play a big role in the week and are presented by Minister for Youth, Peter Garrett.

“Our society is enriched when we enable young people to express themselves and their talents and encourage them to be involved in their communities,” Garrett in a NYW media release. “Being active in society leads to increased confidence and positive outcomes for both the giver and receiver of these contributions.”

Mother and editor of The Kids are All Right, Rachel Hynes, says feedback from youth is terribly important. She is calling for children and young adults to help out their parents and the older generations and share their opinions and concerns.

Last year she began a writing competition for NYW where she asked kids to write things that they wouldn’t otherwise tell their parents.

“Our website is aimed at parents, we speak to parents all the time, we hear from parents, we are parents, what we don’t have a lot of input from are the teenagers themselves. So last year I thought it would be a good idea to give teenagers the opportunity to have their say, to tell parents something they may not think or dare to tell them in person,” she says.

With the program this year receiving far more submissions, Hynes hopes extend it from just NYW to all year round.

“I would prefer not to have to wait for one special week of the year to hear from teenagers and to hear what they have to say, and I would like for them to always feel like they have a voice,” she says.

This year’s theme for NYW is Be Active, Be Happy, Be You. So get amongst it and show Australia what our youth is really worth.