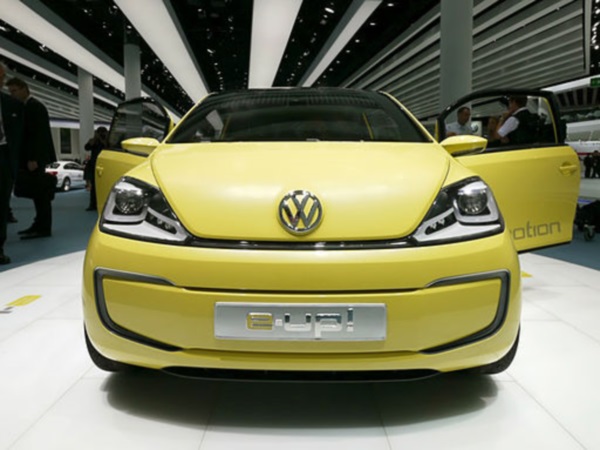 When Volkswagen whipped the sheets off its e-Golf and e-Up! plug-in models, onlookers and the media responded with awe and praise. Finally, environmentally friendly cars that are practical, fun and comparatively affordable.

That range comfortably covers the 35-45 kilometres the average Australian motorist drives on a daily basis – in the urban commute – according to the Department of Transport, Planning and Local Infrastructure (DTPLI).

According to motoring.com.au, Volkswagen Group Head of Powertrain Development, Dr Heinz Jakob Neusser, said: “It also depends on the infrastructure you have there [in Australia] – recharging stations and so forth. It depends on the market and the customer’s situation.”

Volkswagen Group Australia spokesman, Karl Gehling, added: “Based on current demand in that segment and the infrastructure available here, we have no plans at the moment to bring the models to Australia.

“We obviously have to have the demand before we bring these sorts of vehicles here – the EV segment simply isn’t big enough in Australia yet.”

A spokesperson from the DTPLI was tight lipped about Melbourne’s EV infrastructure. Refuting Volkswagen’s comments he stated: “Deciding whether or not to sell to a particular market segment is in reality a marketing decision often based on the expected popularity of a new model in a given market.”

However, this isn’t necessarily the case. A manufacturer will launch a new product in a market provided there is sufficient interest, but insufficient infrastructure translates into poor sales.

One of the key issues is the lack of subsidies and tax breaks for EVs in Australia. Currently, EVs are drastically overpriced, something made worse by the fact that Australia does not offer any financial incentives to purchase plug-in cars.

An ongoing study, the Victorian Electric Vehicle Trial, is due to conclude in 2014. It is being used to gauge motorists views on the technology and serves as a focal point for the State Government to make decisions around local EV infrastructure.

Data from the study highlights strong support from participants and shows Victoria now has the strongest infrastructure in the nation.

“Through the trial, we are successfully facilitating an emerging marketplace for electric vehicles, with participants dedicated to working through development issues together,” said the DTPLI spokesperson.

This includes the installation of fast charging points throughout the city, thanks to a joint venture between Swinburne University and Moreland City Council as part of a $5 million electric vehicle trial.

They have also been expanding the network of 21 public charging stations across the state.

The spokesperson also points out that Mitsubishi, Nissan and Toyota have participated in the trial.

However, what they neglect to mention is that Mitsubishi only sold 227 i-MiEV in the three years it was on sale.

Nissan has only managed to sell 56 Leafs in the last financial year. Meanwhile, Toyota’s contribution is the Camry Hybrid, which pairs its electric motor with a petrol engine.

While the US has used aggressive tactics to bolster EV sales, both state and federal governments in Australia are failing to take meaningful action.

It is an approach that needs to change.

Aussie motorists will get a fairer deal and we’ll all breathe easier.