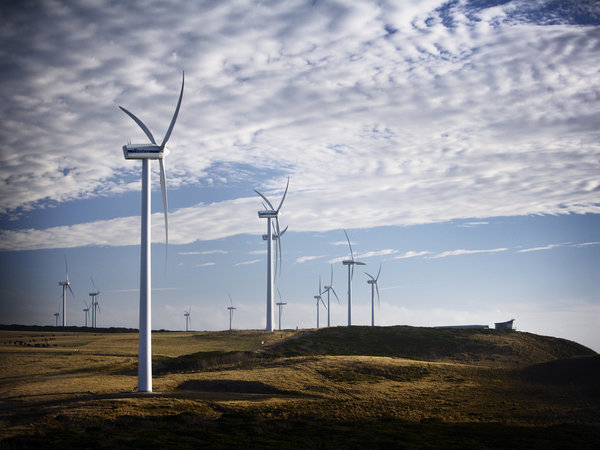 In an attempt to combat climate change, countries around the world are setting targets and examining the best way to reduce their carbon emissions.

Australia has committed to cutting at least five per cent of its year 2000 emissions by 2020, but there have been suggestions both nationally and internationally that this target should be higher.

Last week, the federal government announced its revised Renewable Energy Target (RET) after a long-running dispute over the issue. In a bipartisan agreement, the two parties decided to lower the RET from 41,000 gigawatt hours to 33,000.

According to the Climate Council, renewable energy is a crucial way to reduce carbon emissions from electricity supply.

Brad Jessup, expert in environment law at Melbourne University, agrees that this is the best way to cut our emissions.

“Large scale emission reductions depend on Australia reducing emissions from the generation of electricity. Big emissions reductions will come if coal fired power stations reduce their emissions,” he tells upstart.

However, the current RET goal means only 20 per cent of Australia’s energy will come from renewable sources by 2020.

The Climate Council believes that Australia’s renewable energy resources are capable of producing 500 times the amount of electricity we currently use.

So, is our goal enough?

In 2013, 14.76 per cent of Australia’s electricity came from renewable energy sources, powering the equivalent of almost five million homes.

Hydropower, which uses the force or energy of moving water to generate power, made up eight per cent of the total renewable energy generated in 2013.

Unfortunately, there is not much room for growth in this sector. Despite its advanced technology, Australia faces constraints such as varied water availability.

Current technology shows that wind and solar energy are they key to future renewable energy generation in Australia.

Australia has some of the world’s best wind resources and wind energy is our fastest growing renewable energy source. Wind power supplied four per cent of Australia’s overall electricity in 2013.

However, while the government has debated the RET, investment in both the wind and solar industries has plummeted.

It’s hoped that the revision of the RET will lead to an increase in renewable wind farms, such as the construction of the $195 million farm at Flyers Creek, which could commence construction in 2016.

Investment in the sector should increase as wind energy is expected to provide most of the growth required to meet our 2020 target.

As for solar energy, Australia has the highest average solar radiation per square metre of any continent in the world.

The main arguments against these two renewable energy sources is that, unlike a constantly flowing dam used for hydropower, there are periods in the day without wind or sun.

However, as technology advances, the methods of storing energy are evolving.

The current process of storing energy from wind turbines and solar panels uses batteries. Whilst new types of batteries are starting to last longer, a new method of compressing air in man-made caverns could be cheaper and more effective.

As a demand for renewable energy increases, these technologies will make it a more viable and cheaper option.

He criticises Australia for trailing behind our neighbour New Zealand, where almost 80 per cent of energy consumed is renewable. He also highlights Costa Rica, which runs on 100 per cent renewable energy.

When you compare our statistics on paper, it’s easy to misunderstand the issue.

Each country’s target is reflective of the renewable energy resources available to it, as well as its political situation.

Costa Rica is a less developed, small country that doesn’t rely on manufacturing industries with high emissions and has a small population that does not consume much energy. Unlike Australia, Costa Rica is filled with volcanoes and uses these as the basis of its geothermal power.

With that in mind, as Australia shifts away from its traditionally fossil-fuelled energy, there is still a long way to go.

As a nation we have failed to consistently reduce our emissions and rank as the 16th largest emitter of CO2 per capita in the world, higher than any other major western nation.

“Australia has never been a good international climate citizen,” Jessup says. “We have never been global leaders in the targets we set, the rules we help devise and the policies we develop.”

The RET cannot be achieved through the reduction of fossil fuel emissions alone. For years we have relied on fossil fuel as our means of energy but it is time to start looking to other renewable sources that our nation is rich in.

If Australia was to utilise these alternative energy sources, we could easily become a global leader in renewable energy.

Featured image by The Danish Wind Industry Association via Flickr