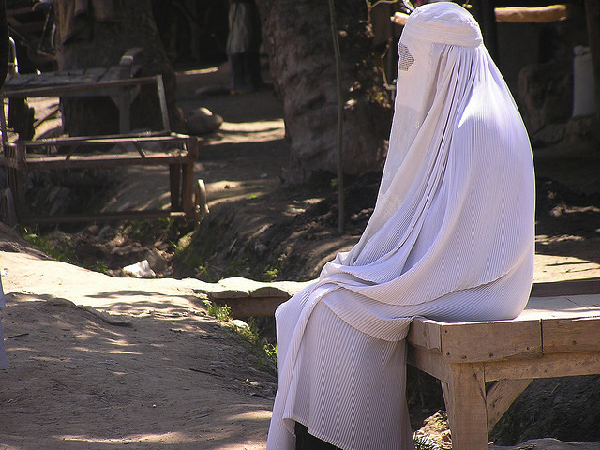 The recent debate surrounding the burqa has been a complete farce.

The idea the Islamic veils constitute such a threat to national security that it needs to be outlawed is absurd and demonstrative of prejudices still ingrained in Australian society.

While Australia has never been void of racism and discrimination against different religions, this latest saga of Islamophobia seems to have begun when Senator Cory Bernardi called for the burqa to be banned as a security measure following the anti-terror raids in Sydney and Brisbane a few weeks ago.

Senator Bernardi says he has concerns with the “security and identification issues associated with facial coverings”. This sentiment was then echoed by Senator Jacqui Lambie in what has now become her own little crusade against Sharia law in Australia.

Read ‘In the Palmer of his hand’

Lambie’s latest television appearance on Sunrise saw her battle head-to-head with Maha Abdo from the Muslim Women’s Association about whether or not the burqa should be banned. On the back of her disastrous interview on ABC’s Insiders (in which she proved she has next to no idea of the workings of Sharia law and the Islamic faith as a whole), this was Lambie’s chance to redeem herself and string together a coherent argument.

The rise of Australia’s terror threat level to ‘high’ and our commitment to fighting the Islamic State has only validated these fears for many people.

Unfortunately, this tense atmosphere allows for people to think they can abuse innocent Muslim-Australians because of their religion. The most recent example is a woman whose hijab and hair was pulled on a Melbourne train. Her head was bashed against the wall and she was then thrown from the train when it stopped at a station.

Dr Roland Burke is a history professor at La Trobe University who specialises in human rights and terrorism. He tells upstart that he sees no basis for banning the burqa in order to strengthen national security, pointing out that “the suggestions that it would [be beneficial to security] have been primarily from political figures, as opposed to security services.”

“I have not encountered any rationale as to how it would confer any security benefit. Beyond that, it would seem deeply unwise, and contrary to the normal operation of a free, liberal democratic state,” Burke tells upstart.

This is where the burqua debate shows its true futility. The fact is people have the right in this country to wear what they want. While people like Bernardi and Lambie may preach feminism when they oppose the burqa, making any woman wear or not wear clothing against her will is the type of thinking that belongs in Saudi Arabia, not Australia.

The counter-argument to this, of course, is that the only reason Muslim women wear burqas is because they are forced to by their male family members. While in some cases that may be true, wearing any religious veil is actually a considered a sacred choice for Muslim women living in western societies.

The Islamic Information and Services Network of Australia’s website states: “Muslim women who choose to wear the burqa do so out of their own free will, believing it is an act of worship and a form of liberation from the objectification of women in modern society. In fact, preventing Muslim women from practising their religion is what is truly oppressive.” 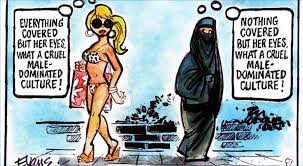 Speaker Bronwyn Bishop’s ruling that women with face covering veils should be separated in the viewing gallery of the Federal Parliament was supposedly only because there were rumours that a protest would take place with people wearing burqas.

Even if this were the case, it is singling out individuals based on their religion and segregating them from the rest of the community because people are scared of them, and this type of attitude only provokes further discrimination in Australian society. One only has to look to the “BAN THE BURQA” Facebook page to see how easily people can succumb to this.

The irony of this whole situation is that banning the burqa is supposed to enhance our national security, but by encouraging the oppression of Islam through such baseless acts, we’d only be dividing our society and putting ourselves at risk.

According to Dr Burke, “provocation and polarisation [of target societies] are fairly well established features of terrorist attacks”, and while in this case it may not be a plan consciously conceived by ISIL, is it more helpful to their ultimate aims of terror than women wearing burqas.

The debate surrounding the burqa is one of utter nonsense. Not one person can give a legitimate, sound reason to do so and it really is nothing more than another case of people thinking they know what is best for cultures they know next to nothing about.

Banning the burqa is not conducive to providing the safe and nurturing society Australia should be.

In fact, it is quite the opposite.