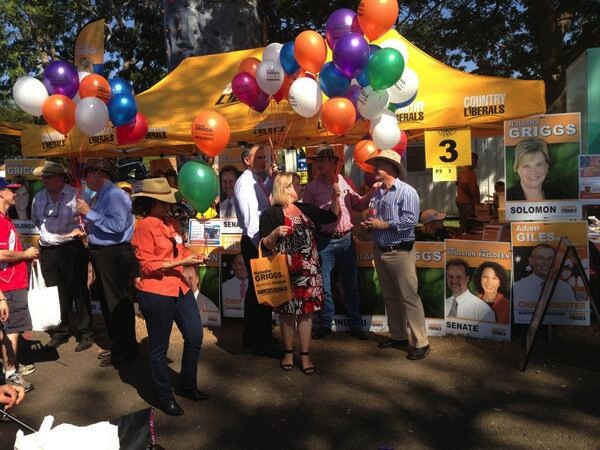 In the final weeks prior to the election, several key seats are still up for grabs across the country. Adria De Fazio will profile some of the most crucial electorates. Up next, Northern Territory and South Australia.

The election is tipped to be a LNP walkover. The most marginal SA seat is Boothby, with Liberal MP Andrew Southcott holds by 0.6 per cent of the two party preferred vote. Despite barely winning the 2010 election, Southcott isn’t at risk of losing the seat he’s held for 17 years.

By contrast with the LNP Labor’s most marginal SA seat is, in fact, not marginal. Hindmarsh is held with a margin of 6.1 per cent of the vote: A safe seat, according to Antony Green’s election guide. Steve Georganas was elected to the House of Representatives in 2004. Then, he just won out, and since then has been increasing his hold of Hindmarsh.

The current political climate predicts that Labor could lose 12 seats on September 7, with suggestions that Kevin Rudd could lose his own seat of Griffith in Queensland. Steve Georganas finds himself in a precarious place in the remaining days till polling – being a safe seat might not be safe enough for Labor.

Current MP Natasha Griggs was elected in 2010 to represent the constituents of Solomon. The seat, which came into existence in 2001, has been in Country Liberal hands; with the exception of one term as a Labor safe hold. The numbers play an important role, with two elections being decided on less than 200 votes.

It’s much the same story for the Northern Territory as it is for SA. Despite being hailed as a marginal seat, there is a sense of security when the current predicted polls are taken into account. This doesn’t mean ALP candidate Luke Gosling isn’t putting up a fight.

Lingari is the second of two Northern Territory electorates. Labor’s Warren Snowdon holds it by 3.7 per cent of the two party preferred vote. The seat is marginal by any standards, but made more so by the likely outcome of the election. Since the 2001 election, the numbers have been wavering, including a swing away from Snowdon of 13.91 per cent in 2010.

Labor finds itself in a precarious place, and the numbers don’t hint as success. Despite being the elected at all four elections, Snowdon may not face a great political challenge in the Country Liberals and Tina MacFarlane. If the past shifts against the current MP are an indication, it’s likely that Lingari will have its first Liberal MP in the next parliament.