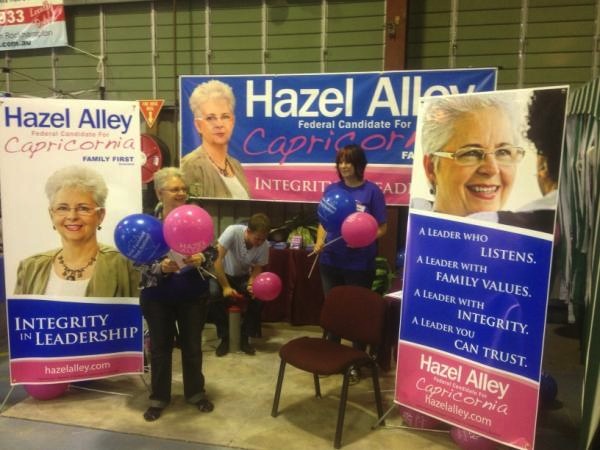 In the final few weeks prior to the election, several key seats are up for grabs across the country. Adria De Fazio will profile some of the most crucial electorates state-by-state: up next Queensland and Tasmania.

It’s been predicted that every Labor seat in Queensland, including potentially Griffith (Kevin Rudd’s seat), could fall. In a battle where the numbers are being counted, the LNP stands to gain the bulk of their seats in the Sunshine state. As a result, the most marginal Liberal seats in Queensland are likely to stay where they are.

This is Labor’s most marginal electorate in Queensland. Incumbent MP Graham Perrett won the seat at the 2007 election. The margin at that time, reports The Tally Room, was six per cent. It now stands at just 1.1 per cent. The seat, just south of Brisbane, has traditionally been in Liberal National Party hands. Since the seat’s establishment, Labor MPs have served relatively short stints, with none serving greater than two terms.

The dropping Labor numbers in the seat of Moreton indicated a greater shift towards the Liberal party, and for the current MP to retain his seat in the traditionally-strong LNP state, he needs to capitalise on what Labor can offer voters, rather than play the political game.

According to the AEC, a seat with less than 56 per cent of the two-party preferred vote is considered marginal – that’s nearly one third of the seats. With a 3.7 per cent margin, Capricornia should be considered safe enough. The retirement of ALP’s Kristen Livermore has made the seat more fragile. Livermore, who was elected in 1998, did so with 55.3 per cent of the vote over the Liberal Nationals. By contrast with Moreton, Labor has traditionally held this seat.

At the Rockhampton Show pic.twitter.com/3g8boub9

The Labor Party faces difficulty in introducing a new candidate for Capricornia at a time when the political debate seems to be missing, and politics has become more about the politician than the policy. For this reason, Peter Freeleagus faces a tough 10 days as he tries to stop the seat from passing into LNP hands.

Tasmania consists of five seats. Labor holds four, and an independent holds the other. The numbers are good for the ALP, with Franklin and Lyons having more than 60 per cent of the two-party preferred vote. The only concern is Bass. This doesn’t mean that the party shouldn’t be on its best behaviour.

At the 2010 election, Geoff Lyons was elected to the House of Representatives with margin of 6.7 per cent. The party has steadily changed between Labor and Liberal hands. While the numbers may seem safe enough, anything can happen in this election campaign.

As the saying goes, you’re only as good as your last poll. This isn’t good news for Labor, which is struggling to retain its seats, let alone pick up others for form government outright. The Liberal candidate, Andrew Nikolic, may struggle to win the seat. The party that stands to gain from the Labor-Liberal battle in Tasmania is the Greens.