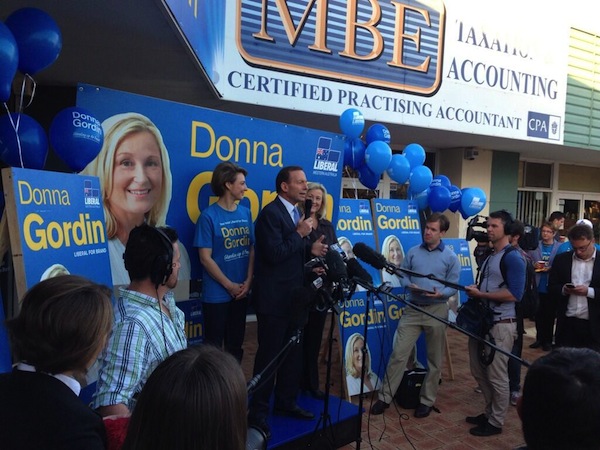 In the final days before the election, several key seats are still up for grabs across the country. Adria De Fazio profiles some of the most crucial electorates. Up next: WA.

Brand, despite being in Labor hands since its creation in 1984, is the most marginal of the WA Labor trio, and likely to fall. Current MP, Gary Gray was elected in 2007, with a healthy majority, but slipped to 3.3 per cent in 2010.

With polls predicting a LNP walk-over, it’s likely that Donna Gordin will become the first MP for Brand that doesn’t wear the Labor badge.

Former Minister for Foreign Affairs, Stephen Smith has represented the electorate for 10 years. It is held with 5.9 per cent of the two party preferred vote. Considered marginal by 0.1 per cent, the precariousness of the seat is far greater. Labor has held the seat since 1983. Before the, both Labor and the LNP have had stints controlling it. Incoming ALP candidate Alannah MacTiernan faces the challenge of not only being elected, but being elected for the first time.

Current MP Melissa Parke has represented the constituents of Fremantle since 2007. When compared with other marginal seats, it presents as textbook safe. The reality is places it in the same category as Perth. Over the course of the electorate’s history, it has been in Labor’s domain. William Watson in 1934, was the last right-wing MP. In an election campaign such as this, nothing can be taken for granted  whether that be for Melissa Parke or Matthew Hanssen

Labor holds three of the 15 electorates in the state.  The numbers have been dropping: The Tally Room says that in 1998, the ALP held half.

The ALP has been focusing its electorate efforts on Queensland and New South Wales (not to suggest that Western Australia has been written off). It seems that the Labor campaign sentiment has shifted to limiting the LNP.

Election or re-election is a challenge in itself. For either party to form government, they need to do more than hold their seats: they need to gain an extra four. For Labor, the challenge is much harder, if the election is to go the way the polls predict.

Hasluck is the most marginal LNP seat in Western Australia. Current MP Ken Wyatt holds the seat on a margin of 0.6 per cent of the two party preferred vote.

The seat, which was created in 2000, has been caught n a juggling act between the two major parties. 2013 will likely see Ken Wyatt and the LNP break the rhythm. Even though Hasluck is marginal by any standards; it is still safer than the three Labor seats.