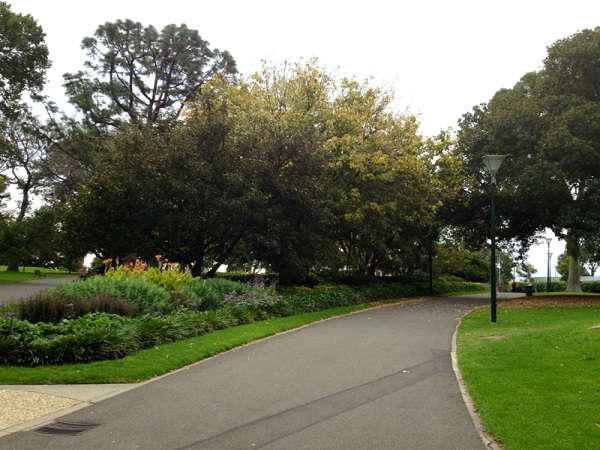 We have long been told that getting fresh air and spending time playing outside is good for us. However, it’s easier said than done. Dragging yourself away from the computer screen or that new favourite game is often a struggle. Fortunately, new research from the University of Queensland and the National Environmental Research Program (NERP), has provided some much needed motivation.

Head of the project, Dr. Richard Fuller studied the benefits of human interaction with nature and says there is substantial evidence to suggest nature dramatically increases health.

Tests – conducted as part of the study – proved spending time with nature can have a range of positive affects. It can improve physical health, like reduced stress levels and respiratory diseases, as well as psychological well-being, like improved behaviour. The study used intellectually demanding tests like proof reading and memory tasks to determine these latter results.

“When asked to repeat a sequence of numbers backwards to a psychologist, participants who had walked through a garden performed considerably better than those who had just walked by a busy street,” says Dr. Fuller.

This is also proof of improved cognitive function, which covers your ability to perform tasks at work or school, your attention to detail and your memory.

Small amounts of exposure can also be of benefit. So, yes that pot plant in the corner of your bedroom or office really can do you some good.  This Dr Fuller says is “incidental interaction” and will carry the same benefits, but in smaller doses.  The smaller doses can then build up to having the same advantages over a long period of time.

Besides personal benefits, conserving gardens and parks can have a great impact on the entire community, and even the entire nation. The research has also shown that green spaces within a city can reduce crime and aggression in those areas. Parks will help community interaction and social cohesion leading to a decrease in aggression and violent behaviour.

“Greenery also tends to reduce temperature and levels of crime also increase when the temperature increases,” he says.

So, what exactly is the main ingredient in this lifestyle booster? Is it the trees, wildlife, a smell or even a colour? Turns out the more diverse your shake, the better it is for you.

While researchers, are still unsure about what exactly causes it or how it works, Dr. Fuller says, biological variations are therapeutic and the more varied the elements, the stronger the effects.

“How these interactions can have such a range of benefits is the next frontier in this kind of research and will require studies linked to the neurosciences,” he says.

While conserving large green spaces can be costly in densely populated cities, the benefits of these spaces are offer advantages to both wildlife conservation and the people that live nearby. Maintaining the biodiversity in our communities is vital.

We can also do our own part to reap these benefits. Dr. Fuller suggests having a nature friendly backyard with a range of vegetation – plant tall trees as well as low shrubs, and create spaces that attract local birds and insects.

Next time you’re walking home, remember to stop by the local park and absorb all the goodness nature has to offer. Your grades might thank you for it.