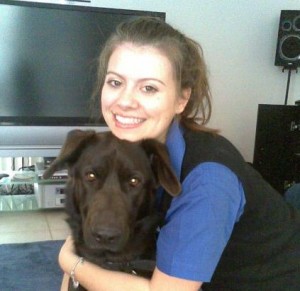 Having a blog is a lot like having your first child. You’re never quite sure what to do, if you’re doing it right, and if one step in the wrong direction could screw it up or scar it for life.  You can have sleepless nights fixing the mess your wordpress blog made of the structure of a Q&A, and you quickly realise that cooing over your own creation (and self-promoting shamelessly on Facebook) bores not only your friends, but also those randoms you added ‘just because’.

Indeed, as the proud parent of a two-month-old blog (and of no real children at all) I am, obviously, completely qualified to say this.  But when I began, the important question was what to even write a blog about?  For me, this was an easy decision.  There’s one true love in my life and that’s Mr. Darcy (not kidding).

And so, plunging head-first into the Austen online community, I began my niche-within-a-niche blog The Bennet Sisters, a Pride and Prejudice devoted compilation of my reviews, Q&As, discussions and previews of Jane Austen’s novel.  From the first post, I was hooked.  The first month was very slow work – chogging out articles without telling anyone and feeling embarassed about the subject matter due to my own (slightly hysterical) obsession with Regency England.

But suddenly, recently, it picked up.  I have had some fantastic experiences within the last month of getting  in contact with other Austen bloggers, authors and filmmakers around the globe and even just other ‘Janeites’ who want to talk.  The most  amazing thing about blogging is realising that information-rich people who were previously unreachable, or even unheard of, are just around  the corner.

Out of my blog, I was recently inspired to start an Austen book group, which is having its first meet next week.  My reader base is still small, but growing. I get anywhere between 90 to 150 page views in a day, which isn’t a huge number, granted, but it’s gratifying to come back to.  So what changed?  I’m not sure. Maybe I hit the market at the right time (discussing the recent cult classic Pride and Prejudice and Zombies, and other headlining topics).  Maybe it was one post of mine that had a teensy shred of interesting information, about a new film in 2011, that took me forever to find. Goodness knows.

In two months, I’ve already encountered intellectual thievery, the wonders of Twitter (never underestimate the power of marketing and networking for your blog via Tweets!  In fact, I even virtually met one of my first Q&A subjects through Twitter), and a very confused male population.  I have written about fourty posts to date in 7 categories. However, like any first-time parent, there are still some fairly huge teething problems.

Jennifer Duke is a second year Communications student, majoring in Journalism, at The University of Technology in Sydney. You can read her blog here.