The longest serving Labor Prime Minister, Bob Hawke has passed away. Upstart recounts what he has left behind. 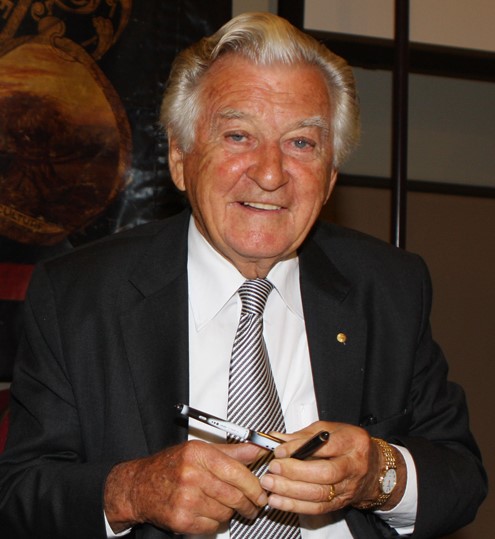 Former Labor prime minister and once record holder for the fasted to drink a yard (2.5 pints) of beer at 11 seconds Bob Hawke has passed away at the age of 89 in Sydney.

His death has allowed people to reflect on his legacy and acknowledge the mark he made on Australia during his time in office.

In 1984, the Hawke government reversed changes made by his predecessor Malcolm Fraser, and granted universal health care to all Australians. Initially proposed by Gough Whitlam, it was the first affordable and universal system of healthcare in the world.

In a statement by the ACTU secretary Sally McManus, she lists Medicare as one of his party’s greatest achievements.

They also presided over the Affirmative Action (Equal Employment Opportunity for Women) Act 1986 among others to further equality in the workplace.

“I was able to rely on his active support through political controversies, media storms and infights against constant wicked misrepresentation by virulent conservatives,” Ryan said when talking about the support Hawke gave when overseeing the act.

Before the 1983 election, Hawke promised that upon his election, there would not be a Franklin River dam which was eventually confirmed. This decision paved the way for future cases and supported a range of environmental protection legislation, including the current Environment Protection and Biodiversity Conservation Act 1999.

Speaking to ABC radio, founder of the Australian Greens Bob Brown said that Hawke had “notched up the best environmental record of any PM since federation”.

“And I think that will be an enormous legacy for which Australians will be thanking him as PM for centuries to come,” Brown said.

Alongside treasurer and succeeding prime minister Paul Keating, Hawke would float the Australian Dollar, where previously it had been tied to other currencies such as the British Pound or US Dollar.

He would also modernise the Australian economy by opening it up to global competition. He allowed the operation of foreign banks, sold the Commonwealth Bank of Australia and founded the Asia Pacific Economic Cooperation (APEC) among other things.

Former British prime minister Tony Blair noted that Australia under Hawke was a “sustainable model of government which combined strong economies with high levels of social justice and investment in the most disadvantaged sections of society,” he said.

On a recommendation from Hawke, the Governor-General declared that ‘Advance Australia Fair’ was the official anthem of Australia. It followed a decade of debate including a plebiscite in 1977 and national opinion poll in 1974.

He also recognised the Australian sporting colours as green and gold.

Photo: Troy Brampston, Bob Hawke By Eva Rinaldi available HERE and used under a Creative Commons Attribution. The image has been modified.