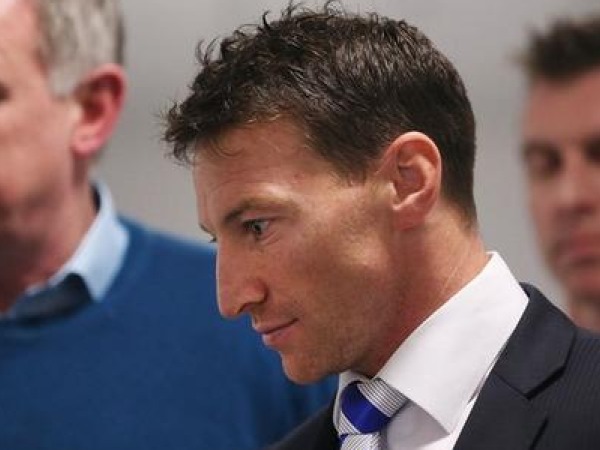 Brent Harvey’s acceptance of the AFL Tribunal’s three-week suspension is the perfect opportunity for the Kangaroos to learn to thrive without their talismanic midfielder.

North Melbourne will be without the 383 game superstar for its last two home and away matches against Adelaide and Melbourne, as well as a likely elimination final, after Harvey copped a lengthy suspension for misconduct on Bulldog tagger, Liam Picken.

But it is the absence of the pint-sized man, affectionately known as Boomer, that could provide the men from Arden Street with the perfect challenge – to win without relying on the AFL’s second oldest active player.

Harvey may be 36, but he is still one of the most important players at North Melbourne. This is either an indictment on North’s coaching staff for not easing-off his workload, or proof that he genuinely still has the skills and work rate to be one of the best players for his side.

One would think that it is a combination of the two, which has lead the Kangaroos to this predicament.

The loss of Harvey for their last two matches and elimination final is no doubt a huge blow for the ‘Roos, but it is also an opportunity for them to realise that Boomer will not be playing forever.

He also sits fifth for marks (101), second for handballs (232), and uncontested possessions (367). He has also hit the scoreboard with 27 goals from 20 games this season, placing him third behind Lindsay Thomas and Drew Petrie as North Melbourne’s leading goal kickers.

When another team comes up against the Kangaroos, the game plan is simple: stop Harvey, and you stop the ‘Roos. Now is the time for another player to step up and help the club become less reliant on Boomer.

Harvey has been remarkably durable over his career and has only missed a total of 13 games in the last six seasons – six to suspension and seven to injury.

In those six years North Melbourne held a 4-9 record in his absence that highlights his importance to their side.

He is the perfect outside runner and a master of the one-two handball with quick speed and high endurance who can be a game-breaker, but has a fundamental issue dealing with taggers.

Brent Harvey back for week 2 of finals – if Roos make it that far. Follow LIVE http://t.co/MviikLw2Gi pic.twitter.com/Qk3AzB9C0O

During the thrashing handed out by the West Coast Eagles in week one of the 2012 AFL finals, Harvey sucker punched Eagles midfielder Daniel Kerr behind the play and also was cited for striking Adam Selwood, which led him missing the first six rounds of the 2013 season.

Controversy again reared it ugly head with Harvey accusing Fremantle Dockers renowned tagger Ryan Crowley of supposedly pinching him ‘about 300 times’ for which Crowley was fined $1200 for misconduct.

Again at the weekend Harvey was grappling and wrestling with Picken and shoved his forearm into the throat of the Bulldogs stopper which might have cost him an early end of season holiday.

The ‘Roos have worked hard to get back into finals contention and now must show true grit and determination starting this weekend if they are to overcome not only the loss of their veteran playmaker but also another vital cog in their midfield machine, Daniel Wells.

Wells was also suspended for two indiscretions against Western Bulldog Shaun Higgins during the ‘Roos 50 point win, on Sunday.

The Kangaroos will be eager to make amends for their most recent stint in the finals, after their disastrous campaign in 2012 ended with a 96-point demolition at the hands of the West Coast Eagles.

The charge towards September has never been so important for North Melbourne, and it starts this week down in Hobart against an Adelaide side hell-bent on sealing a spot in the finals.

Eliot Bingham is a second-year Bachelor of Journalism (Sport) student at La Trobe University. You can follow him on Twitter: @EliotBingham.

*Originally published at The Roar*